‘Looking at my native country from outside opened completely new ways of thinking.’

Why are you a historian of Eastern Europe?

I came to the United States at the age of 20. Looking at my native country from outside opened completely new ways of thinking.

Everyone has power. Even the most marginalised groups in oppressive societies can affect change.

For Eastern Europe: Maria Todorova, Imagining the Balkans. For the history of communism: Krisztina Fehérváry, Politics in Color and Concrete: Socialist Materiality and the Middle Class in Hungary.

Mary Louise Roberts, a model gender historian from whom I constantly learn.

That the Middle Ages were more exciting than contemporary history!

That Eastern Europe is not Europe.

Any that does not have many people in it.

Approaches that depart from the rigid boundaries of fields.

I have a long list of important historical texts I have not read.

The Hoover Archives at Stanford.

Plutocracy, with all its devastating impact on societies and the environment.

Malgorzata Fidelis is Associate Professor of History at the University of Illinois at Chicago and author of Imagining the World from Behind the Iron Curtain: Youth and the Global Sixties in Poland (Oxford University Press, 2022). 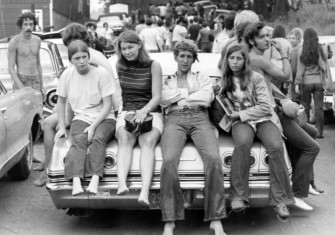