On 24 October 1648, the Treaty of Westphalia was signed, marking the end of the Thirty Years' War. 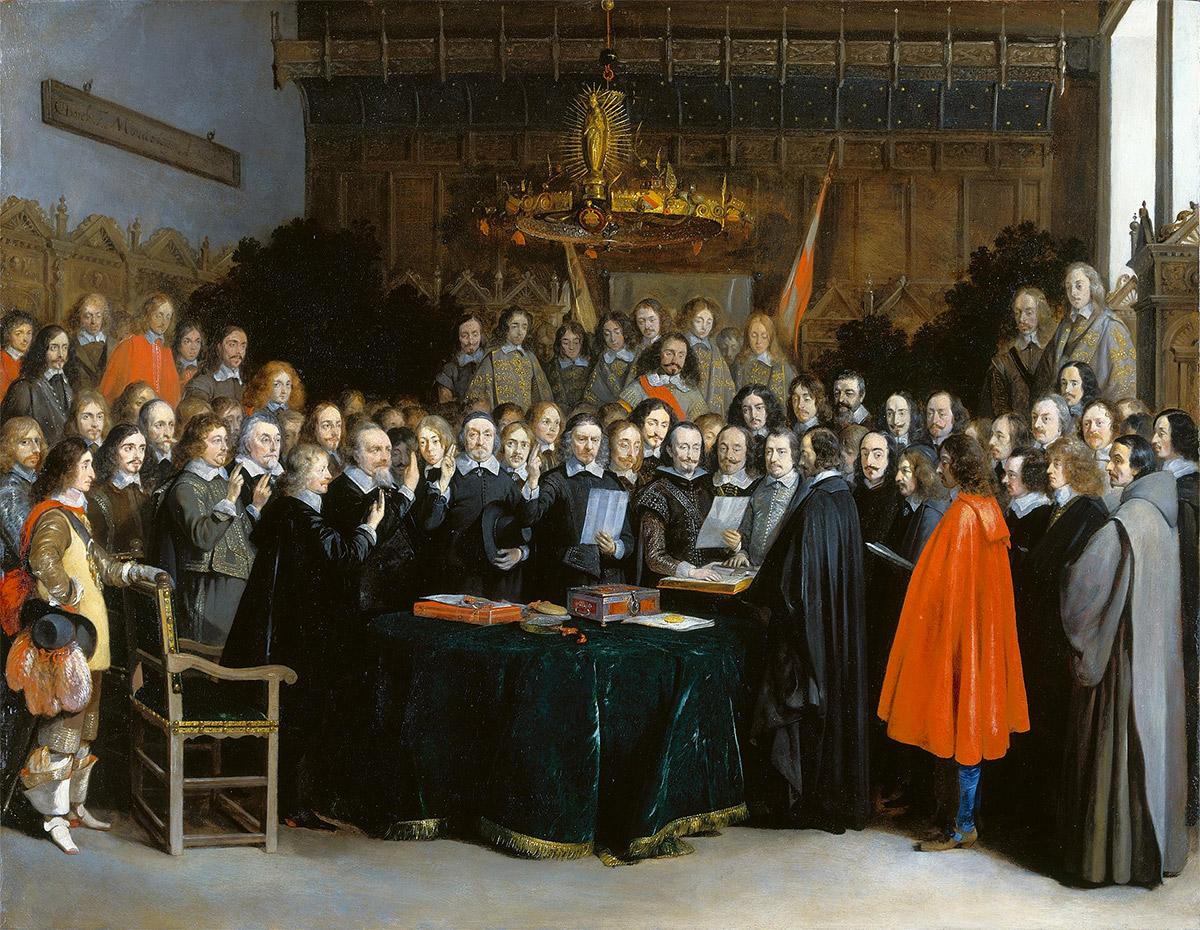 The Westphalia area of north-western Germany gave its name to the treaty that ended the Thirty Years' War, one of the most destructive conflicts in the history of Europe.

The war or series of connected wars began in 1618, when the Austrian Habsburgs tried to impose Roman Catholicism on their Protestant subjects in Bohemia. It pitted Protestant against Catholic, the Holy Roman Empire against France, the German princes and princelings against the emperor and each other, and France against the Habsburgs of Spain. The Swedes, the Danes, the Poles, the Russians, the Dutch and the Swiss were all dragged in or dived in. Commercial interests and rivalries played a part, as did religion and power politics.

Among famous commanders involved were Marshal Turenne and the Prince de Condé for France, Wallenstein for the Empire and Tilly for the Catholic League, and there was an able Bavarian general curiously named Franz von Mercy. Others to play a part ranged from the Winter King of Bohemia to the emperors Ferdinand II and Ferdinand III, Bethlen Gabor of Transylvania, Christian IV of Denmark, Gustavus II Adolphus and Queen Christina of Sweden, the Great Elector of Brandenburg, Philip IV of Spain and his brother the Cardinal-Infante, Louis XIII of France, Cardinals Richelieu and Mazarin and several popes. Gustavus Adolphus was shot in the head and killed at the battle of Lutzen in 1632. The increasingly crazed Wallenstein, who grew so sensitive to noise that he had all the dogs, cats and cockerels killed in every town he came to, was murdered by an English captain in 1634. Still the fighting went on.

The war was largely fought on German soil and reduced the country to desolation as hordes of mercenaries, left unpaid by their masters, lived off the land. Rapine, pillage and famine stalked the countryside as armies marched about, plundering towns, villages and farms as they went. ‘We live like animals, eating bark and grass,’ says a pitiful entry in a family Bible from a Swabian village. ‘No one could have imagined that anything like this would happen to us. Many people say that there is no God...’ Wenceslas Hollar recorded devastation in the war zone in engravings of the 1630s and starvation reached such a point in the Rhineland that there were cases of cannibalism. The horror became a way of life and when the war finally ended, the mercenaries and their womenfolk complained that their livelihood was gone.

The peace conference to end the war opened in Münster and Osnabrück in December 1644. It involved no fewer than 194 states, from the biggest to the smallest, represented by 179 plenipotentiaries. There were thousands of ancillary diplomats and support staff, who had to be given housing, fed and watered, and they did themselves well for close to four years, despite famine in the country around. Presiding over the conference were the Papal Nuncio, Fabio Chigi (the future Pope Alexander VII), and the Venetian ambassador.

The first six months were spent arguing about who was to sit where and who was to go into a room ahead of whom. The principal French and Spanish envoys never managed to meet at all because the correct protocol could not be agreed. A special postal system handled reams of letters between the envoys and their principals at a time when it took ten days or more to send a communication from Münster to Paris or Vienna and twenty days or more to Stockholm or Madrid. Slowly deals were hammered out. Even then it took almost three weeks just to organise the signing ceremony, which commenced at 2pm on the afternoon of Saturday, 24 October 1648.

The treaty gave the Swiss independence of Austria and the Netherlands independence of Spain. The German principalities secured their autonomy. Sweden gained territory and a payment in cash, Brandenburg and Bavaria made gains too, and France acquired most of Alsace-Lorraine. The prospect of a Roman Catholic reconquest of Europe vanished forever. Protestantism was in the world to stay. 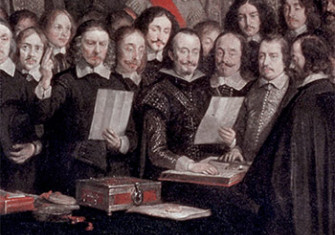 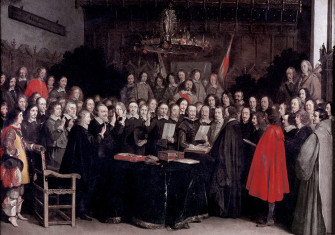