The Indian ruler and resister of the East India Company was killed by the British on 4 May 1799. 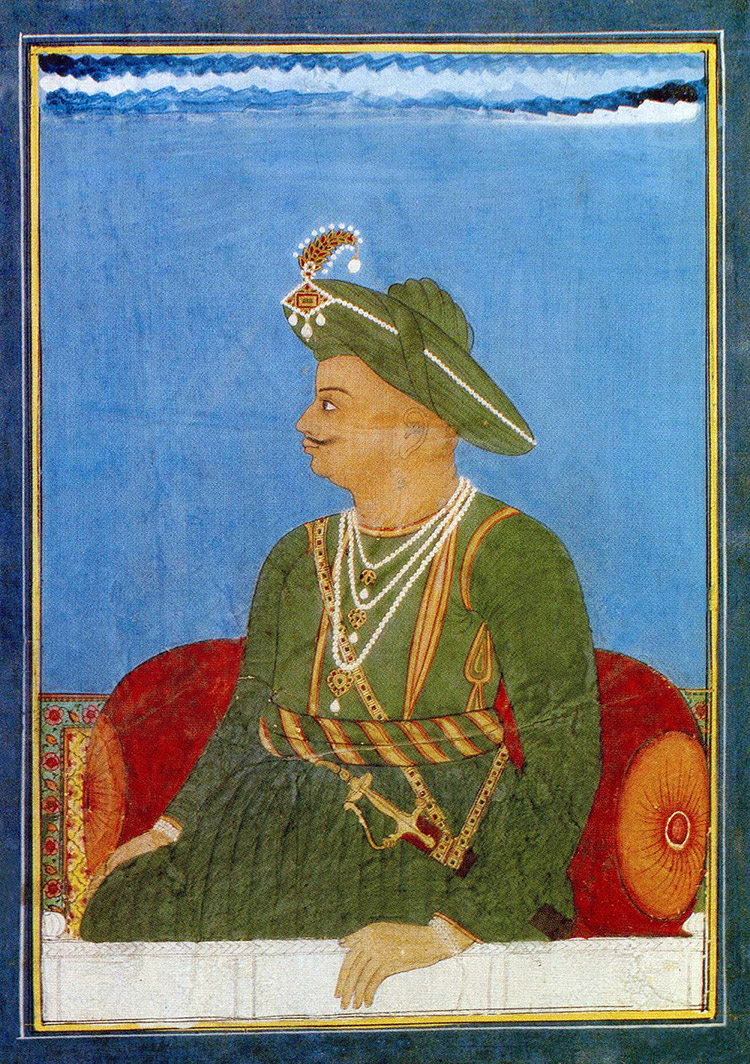 Tipu Sultan, the Tiger of Mysore, or Tippoo Sahib as the British called him, was the Indian ruler who resisted the East India Company’s conquest of southern India. Public opinion in England considered him a vicious tyrant, while modern Indian nationalists have hailed him as a freedom fighter, but both views are the products of wishful thinking. A small, plump man with a round face and black moustache, who wore clothes glittering with jewels, Tipu was vigorous, forceful, brave, warlike and cruel; a devout Muslim ruling a mainly Hindu population. He had inherited the throne from his father Haidar Ali, who had driven out the previous Hindu dynasty.

Tipu used to say it was better to live for two days like a tiger than drag out an existence like a sheep for two hundred years. He had a special reverence for tigers. He kept six in his fortress-city of Seringapatam (now Sriringapatna), 200 miles west of Madras, where his throne was shaped and striped like a tiger. His elite troops wore tiger badges, the hilt of his sword was in the form of a snarling tiger, and his favourite toy was a mechanical tiger straddling a British officer while the victim squealed in terror (it is now in the Victoria & Albert Museum). Tipu was determined to build a rich and powerful state and he was feared with reason by his subjects, his neighbours and other Indian princes, who joined forces with the British against him. He tried to build up an alliance to drive the British – ‘those oppressors of the human race’ – out of India and intrigued with the French in Paris and Mauritius. In dealings with them Tipu improbably donned a cap of liberty and expressed his sympathy with French Revolutionary ideals.

The British feared an invasion of India by Napoleon, and Lord Mornington, arriving in Calcutta as British Governor-General in 1798, decided to settle accounts with Citoyen Tipu. An army of East India Company sepoys and cavalry was assembled in Madras under General Harris with a contingent from the Nizam of Hyderabad, and the British Thirty-Third Regiment of Foot under Mornington’s younger brother, Colonel Arthur Wellesley (the future Duke of Wellington). In February 1799 the order to invade Mysore came, and the motley array toiled across the border accompanied by elephants and camels, thousands of baggage bullocks and flocks of sheep and goats to provide meat for the officers, as well as hordes of camp followers and a travelling market selling food and drink for the soldiery. Officers took along cooks, grooms, laundrymen and cleaning wallahs, and senior officers like Wellesley, who brought his silver-plated tableware with him, had thirty or more servants in their train. Moving ponderously in the burning heat, the army covered an area of eighteen square miles and on a good day managed to advance ten miles.

Tipu’s initial resistance was pushed aside and the British army sat down around the limewashed walls of Seringapatam which bristled with cannon. Soldiers captured by the sultan’s men were taken into the fortress and killed. Nails were driven into their heads or they were strangled by Tipu’s jettis, professional strongmen–executioners. Tipu sent placatory messages to the enemy commanders, hoping to delay matters until the monsoon arrived, but they continued with their siege works and cannonades.

When the morning of May 4th came, Tipu was told that the omens were not propitious. He tried to ward off misfortune by presenting the Hindu priests and Brahmins with a purse of gold, an elephant, a black bullock and two buffalo, a black nanny goat and a black coat and hat, but in vain.

The assault was launched soon after one o’clock by troops equipped with bamboo ladders for scaling the walls. Within minutes a British flag was planted in the breach as the defenders fled. Tipu himself fought bravely, dressed in his finest, loading and firing muskets handed him by his servants as if he was at a sporting shoot, but the odds were too great. He was wounded and his staff tried to hurry him away in a palanquin, but he was killed for his jewellery by an unidentified British soldier. As night was falling a British party found the sultan’s body under a heap of corpses. He was given honourable burial in his family mausoleum in the city.

The news of Tipu’s defeat and death caused excitement in England and his treasure-hoard provided ample prize money for the British senior officers. Harris was given a peerage and Mornington was made Marquess Wellesley. Arthur Wellesley was put in charge in Mysore and moved into Tipu’s palace, while the throne was bestowed on an infant member of the previous Hindu dynasty. The tigers were shot. 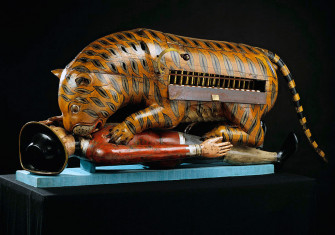