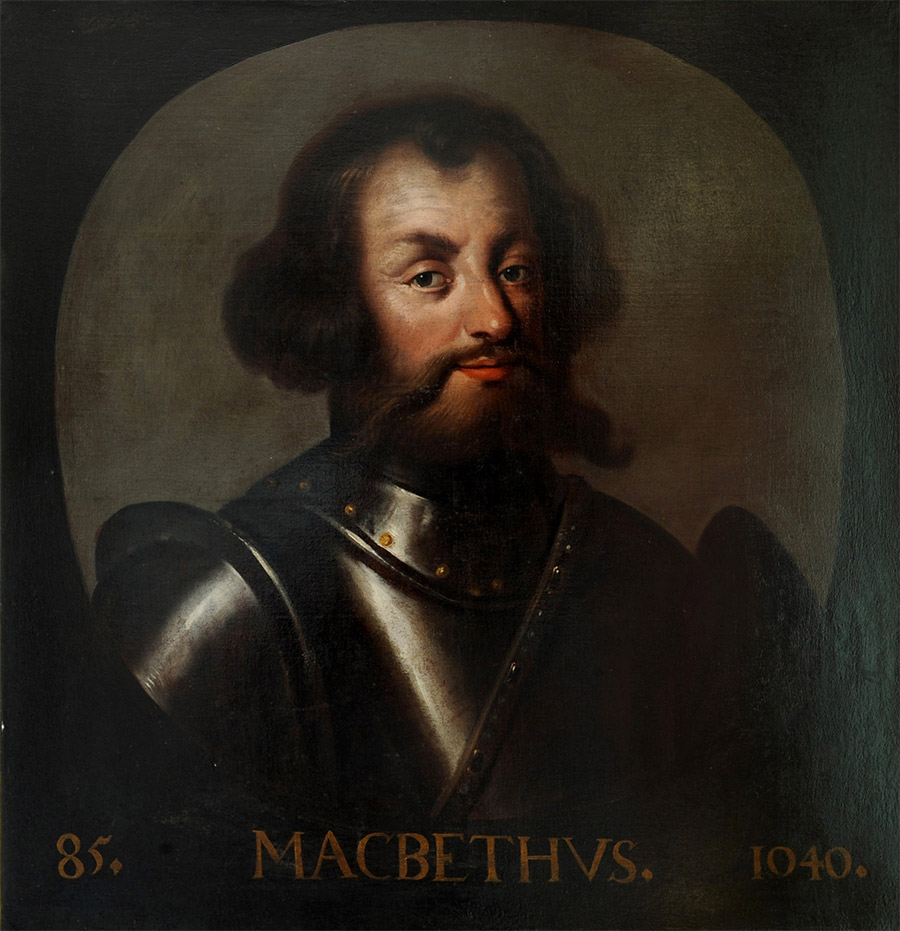 Kings of Scots had a short life expectancy. Macbeth lived to about 50, which was longer than many, but how much he had in common with the central character of Shakespeare’s tragedy is uncertain. The evidence is sparse and confused, and attempts to whitewash Macbeth look to have been pressed too far.

Even less is known about his wife, Gruoch, the original of Lady Macbeth, but they were both closely involved with the succession to the bloodily disputed kingdom. Gruoch was a granddaughter of King Kenneth II who had been murdered in 995, or perhaps of Kenneth III, who was killed in 1005. Macbeth himself was the son of the mormaer, or under-king, of Moray by a daughter of one or other of the Scots kings. Macbeth’s father was murdered by other members of the family in 1020 and Macbeth grew up to avenge and succeed him. Apparently, he caught his usurping cousin and his war-band in a building and burned them all alive, and then appropriated his cousin’s wife, Gruoch.

The current high king of Scots was Malcolm II, son of Kenneth II. Considered ruthless even by the standards of the time, he had no son and he made his heir his daughter’s son, Duncan. In 1033, presumably to clear the way for Duncan, Malcolm killed one of his cousins, a nephew (or possibly brother) of Gruoch, which gave her a motive for revenge. Malcolm himself was killed at Glamis the following year and Duncan succeeded. Far from being a greybeard, as in Shakespeare, he was about the same age as Macbeth. Another with an interest, and a fleet of war-galleys to back it, was the redoubtable Viking jarl of Orkney, Thorfinn the Mighty, who was the son of a younger daughter of Malcolm II. (One of the odder speculations of the many the subject has inspired was that Macbeth and Thorfinn were the same man.)

Duncan failed in an expedition into England against Durham and in campaigns against Thorfinn, which did not inspire confidence in him. Macbeth and Thorfinn seem to have joined forces against him and in 1040 Duncan was either defeated and killed in battle by Macbeth in Moray, perhaps at Elgin or Forres, or else, according to a contemporary chronicler, he was waylaid and murdered. Shakespeare later made Forres the principal setting of Macbeth. and the place where his hero encountered the three witches on the blasted heath.

Duncan’s son, Malcolm Canmore (Big Head), still only a boy, fled into exile with his uncle, Earl Siward of Northumbria. Macbeth took over in Scotland and was evidently far more effective than Duncan had been. An understanding with Thorfinn would have kept the north safe. He was generous to the Church, which approved of him, and in 1050 he was secure enough to make a pilgrimage to Rome, possibly in Thorfinn’s company, where the same chronicler said that he scattered money among the religious like a man sowing seed.

Meanwhile Malcolm grew up a forceful fighting man in Northumbria. His uncle, Earl Siward, evidently saw pickings in prospect in Scotland and so did the English king, Edward the Confessor. In 1054 Siward and young Malcolm crossed the Tweed with an English army. They marched north, slaughtering and plundering, until they found Macbeth awaiting them, traditionally at Dunsinane Hill on the edge of the Sidlaw Hills north of Perth. The earth mound of the wooden fort on the summit can still be seen. Macbeth was beaten after fierce fighting, but he got away. Three years later, however, he was cornered at Lumphanan, west of Aberdeen, where according to tradition he was killed in single combat by the Earl of Fife, Macduff. His body was interred with the kings on lona. Malcolm Canmore kept a firm grip on Scotland until his death in 1093.