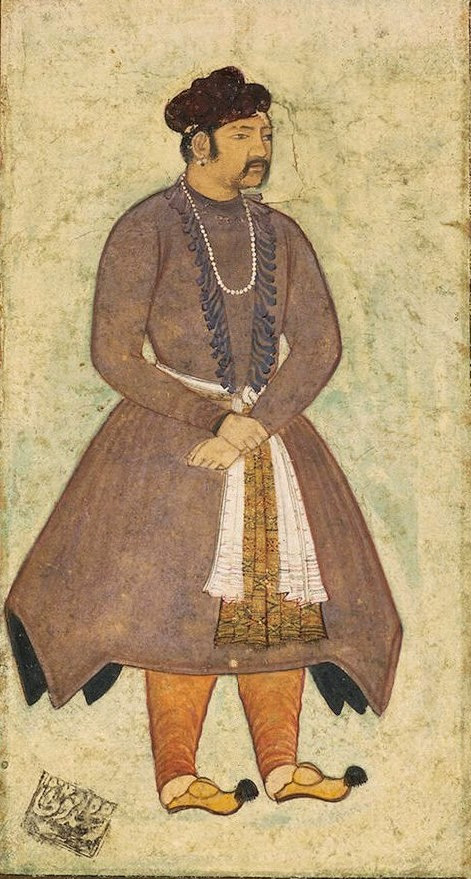 Ten days after his 63rd birthday, the greatest of the Great Moguls (or Mughals) died of dysentery in his capital of Agra. A ruler since his teens, Jalal-ud-Din Muhammad Akbar had brought two-thirds of the Indian sub-continent into an empire which included Afghanistan, Kashmir and all of present-day India and Pakistan. His subjects acclaimed him ‘Lord of the Universe’.

Akbar was not an Indian. His ancestors were Mongol chieftains in Central Asia and his mother was Persian. A direct descendant of Tamerlane, he had a frightening temper and could be merciless. At the same time, he understood that to rule such a huge area required the support of all its people and though himself brought up as a Muslim, he did away with much of his predecessors’ discrimination against Hindus, Parsees and Christians, and recruited them to the service of his regime. No man, Akbar said, should be penalized for his religion or prevented from changing it if he chose.

Stocky and not more than 5ft 7in tall, with a lucky wart on the left side of his nose, Akbar was masterful, physically tough and energetic. He could not read or write – which he always claimed was a great advantage in life – but he delighted in art, poetry, music and philosophy, and he presided over a golden age of Indian art and architecture. He loved to stage discussions between proponents of rival faiths and his Muslim theologians accepted his judgement on knotty points of Islamic law. He invited Jesuit missionaries to his court and showed such an interest in their teachings that they mistakenly thought him a potential convert. He loved to fly his pigeons, and wild deer would eat out of his hand. In his later years he became a vegetarian on the principle that a man ought not to make his stomach the grave of animals.

Akbar’s natural successor was his eldest son, Salim, now thirty-six. Addicted to both alcohol and opium, Salim could not wait to step into his father’s shoes. In 1591 Akbar had suspected his son of trying to poison him and in 1600 Salim had attempted an armed rebellion. There was a court plot to bypass him when the time came and install his son Khusrau on the throne, and the rumour was that Akbar did not frown on it. Akbar fell ill in September 1605. He organized a fight between an elephant owned by Salim and one that belonged to Khusrau, probably to provide an omen about the succession. Salim’s won, the supporters on both sides almost came to blows and Khusrau made a scene with Akbar. The emperor was upset and his illness worsened. His physician tried every remedy, but nothing did any good. Five days before the end, a group of Jesuits visited the Emperor, who seemed in good spirits, but obviously had little time left. The next day Salim arrived. Akbar by this time was unable to speak, but he made signs to his officials to set the imperial turban on Salim’s head and Salim went out of the room as the acknowledged successor.

Only a few friends and attendants were allowed in the dying man’s bedchamber at the last. They urged him to speak the name of the One True God and he seemed to try, but could not utter a sound. At around midnight on 25 October death took him. He was buried in the mausoleum he himself had built at Sikandra outside Agra. Salim succeeded as Emperor Jahangir. 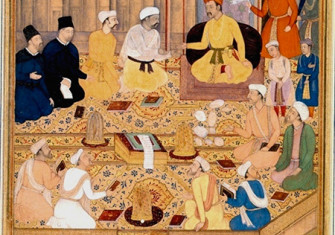