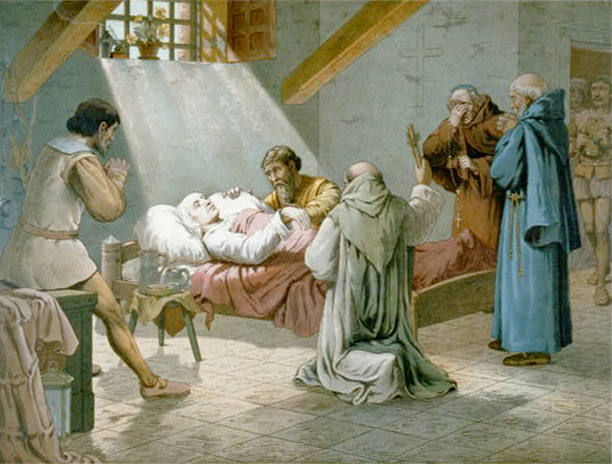 The discoverer of the Americas had a strong sense of divine intervention in his life. In his thirties, when his ship was wrecked and he managed to grab a wooden oar and reach the shore in Portugal, Cristoforo Colombo believed that he had been personally saved by God, and there would be other occasions later when he saw the hand of God in his affairs.

By the time he had completed his four great transatlantic voyages, between 1492 and 1504, he had identified himself with his namesake, St Christopher, who carried the Christ-child across a swollen stream, despite the child’s massive weight. Columbus felt that he, too, had struggled across the water under the heavy burden of Christ and by 1501 he was signing himself Christo Ferens (‘Christ Bearer’). He had also long dedicated himself to the recapture of Jerusalem and believed that Jerusalem and Mount Sion would be rebuilt by a Christian from Spain, which he hoped would be him.

When he returned to Spain in 1504 after his last voyage, Columbus was fifty-three and in poor health. Inflammation of the eyes sometimes made it impossible for him to read and he suffered agonies from what was once diagnosed as gout or arthritis, but is now suspected to have been something called Reiter’s syndrome. He went to Seville and waited in vain for a summons to court. His patrons King Ferdinand and Queen Isabella had doubts about his mental condition and had no intention of giving him any official position, and Isabella was in any case only three weeks away from her death.

Columbus lived most of his last eighteen months unhappily in Valladolid, comfortably off and cared for by his family, but in an increasingly disturbed state of mind and ceaselessly agitating for the official recognition, money and prerogatives that had been promised him. He managed a brief word with the king at Segovia in 1505, struggling there on mule-back, but Ferdinand was noncommittal and Columbus was mainly represented at court by his elder son Diego, a member of the royal guard.

On 20 May Columbus took a sudden turn for the worse. His sons Diego and Ferdinand, his brother Diego and a few old shipmates were at the bedside when a priest said Mass and the great explorer was heard to say that into God's hands he commended his spirit. After the funeral at Valladolid, Columbus was buried in the Carthusian monastery of Santa Maria de las Cuevas in Seville. The body was exhumed in 1542 and taken to Santo Domingo in the Caribbean, where it remained until the island was ceded to the French in the 1790s, when it was moved again, to Havana. After the Spanish-American war of 1898 and Spain’s loss of Cuba, Columbus’s remains were at last returned to Spain and buried in Seville Cathedral. Columbus himself never knew that he had discovered the New World, nor did anyone else the time. All he thought he had found was outlying bits of Asia. 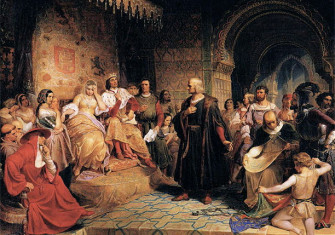 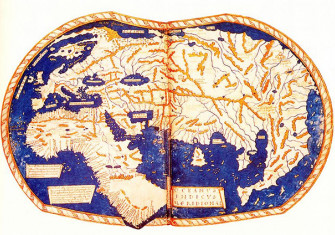