The events leading up to Britain and France's declarations of war on Russia on successive days on 27 and 28 March 1854. 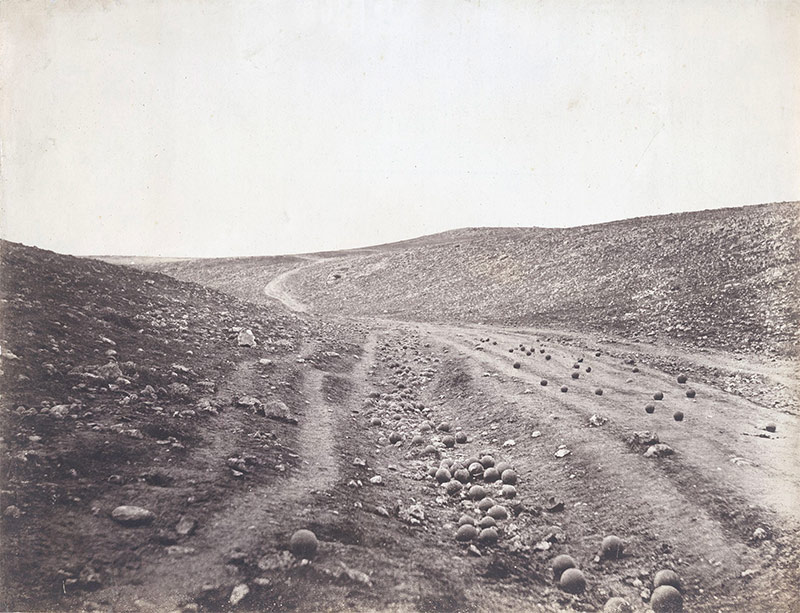 The British had expected to be fighting the French, in face of the aggressive policies of the Emperor Napoleon III. Instead, their first European war since 1815 found the two old enemies bizarrely allied against the Russians to protect the Turks. The background was the decline of the Ottoman Empire, which encouraged Russian imperialism and stoked the British nightmare of Russian interference in India. The foreground was the everlasting wrangling between Greek Orthodox and Latin (Catholic) Christians over the Holy Places in Palestine.

A major point in dispute was whether the Greek Orthodox should continue in exclusive possession of the keys to the main door of the Church of the Nativity in Bethlehem, on the spot where the baby Jesus was born and cradled in the manger. The Latins had their own keys, but they were to a side door and not to the main door. There was also a row about a silver star with Latin inscriptions in the sanctuary, which had mysteriously disappeared in 1847, as well as disputes over the Latin claim to the right to repair the principal cupola of the Church of the Holy Sepulchre in Jerusalem, and over the right to officiate at the Tomb of the Virgin Mary at Gethsemane. Feelings ran so high that Greek and Latin monks came to blows with crosses and candlesticks in the Church of the Holy Sepulchre. Lord Malmesbury, British Foreign Secretary in 1852, remarked on ‘the melancholy spectacle’ of a quarrel ‘for exclusive privileges in a spot near which the heavenly host proclaimed peace on earth and goodwill towards men … and rival churches contending for mastery in the very place where Christ died for mankind.’

Looking to gain Roman Catholic support at home, in 1852 Napoleon III demanded that the Sublime Porte in Constantinople recognise France as the protector of Christian monks and pilgrims in the Holy Places. As a hint he sent a French warship up the Dardanelles and the Porte bowed to his wishes and had a key to the Church of the Nativity’s main door handed over to the Latins. The whole situation was a red rag to Tsar Nicholas I, traditional champion of the Greek Orthodox, who insisted on Russia being confirmed by the Porte as the protector of the Holy Places and of all Orthodox Christians in the Ottoman Empire. When the Porte quibbled, in July of 1853 a Russian army invaded the Ottoman provinces of Moldavia and Wallachia (modern Romania). The Turks declared war and in November the Russians destroyed a Turkish fleet at Sinope in the Black Sea.

These developments were accompanied by protracted diplomacy. The Tsar had no time for Napoleon III, but he hoped for a gentleman’s agreement with London over what to do about the Ottoman Empire. He hinted that Russia might have to occupy Constantinople temporarily if matters were not resolved. The British and French feared that the Tsar intended to finish off the Sultan’s ramshackle empire and take a dominating position in the Balkans, the eastern Mediterranean and the Middle East. In January 1854, to the fury of the Russians, they sent warships into the Black Sea. On February 27th they sent an ultimatum to St Petersburg demanding a Russian withdrawal from the two Balkan provinces. Refusal to comply or refusal to answer in six days was to be taken as a declaration of war. When no answer came, London and Paris declared war on successive days in March.

Declaring war was one thing. Finding somewhere to fight it was quite another, but eventually the allies sent troops into the Black Sea and invaded the Crimea. The war produced Florence Nightingale and the charge of the Light Brigade. It cost the British thousands of lives and a fortune of money. Whether it was worth it is extremely doubtful.