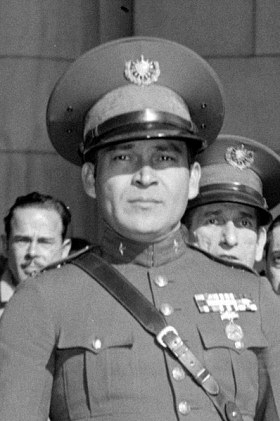 Fulgencio Batista y Zaldivar, an exceptionally competent administrator, a shrewd judge of character and  a man of engaging personal charm, was from a poor Cuban farming family. He joined the army as a shorthand typist in 1921, rose to the rank of sergeant and at the age of thirty-two took a leading part in the ‘Sergeants’ Revolt’ of 1933, which deposed the president and installed a new regime under a middle-class academic, Ramon Grau San Martin. Batista was made chief of staff. He soon removed Grau and, with the support of the army and the approval of the United States, ruled the country efficiently under figureheads of his choosing until 1940, when he himself ran for president and won. Four years later, however, Grau won the next presidential election and Batista, who had tucked away a huge personal fortune, took himself off to luxurious exile in Florida.

Batista ran for president again in 1952, but distrusting his prospects of winning, organised the second successful coup of his career at the headquarters of the Cuban army at Camp Columbia, outside Havana. The excuse made public was that the current regime was planning to remain in power whatever the election result.  Batista later proudly pointed out that the coup had taken altogether precisely one hour and seventeen minutes. In the early hours of the morning young officers shut their generals in their quarters and assumed command of four infantry battalions at the camp. At 2.40 am they took control of all major strategic points in Havana, including government ministries, the airport, railway and bus stations, electricity plants, the radio station and the telephone exchange. Armoured cars led truckloads of troops to attack the presidential palace in the centre of the city. There was little resistance and after two guards had been killed and a few people wounded, the palace hung white sheets out of the windows as a surrender signal. The defeated president and other members of the administration had taken refuge in the Mexican embassy. They were allowed to fly out to Mexico City and Batista cancelled the election and installed himself as dictator. The regime he replaced had been both weak and corrupt, and was not widely regretted.

The Cuban economy suffered badly from the unpredictability of the world price of sugar, and Batista was determined to build up income from tourism, whose assets, he pointed out, included ‘the striking beauty of our women’ and ‘the traditional hospitality of our people’ as well as the island’s beaches and gambling casinos – in easy reach of Miami and New York. The casinos had acquired a bad reputation for fleecing tourists and Batista called in the American gangster, gambling tsar and financial wizard Meyer Lansky to mend matters. The diminutive Lansky, a figure of impeccably reserved and conservative demeanour, insisted that all gambling under his control be straight – no marked cards, shaved dice or crooked roulette wheels – that winnings be paid on the nail and that a reassuringly decorous and respectable atmosphere be maintained at all times. Customers consequently flocked in  and when the American ambassador was asked why the Cuban regime tolerated notorious gangsters, he said, ‘It’s strange, but it seems to be the only way to get honest casinos.’

Cuban tourism blossomed and  helped the economy to boom, but faced with Communist opposition Batista’s regime grew brutally tyrannical and his secret police were notorious for torture and murder. Fidel Castro landed a small expeditionary force in Oriente province at the end of 1956, there was an attempt to assassinate Batista in 1957 and by the end of 1958 the regime’s days were clearly numbered. Around midnight on the last day of 1958 General Batista commandeered three airforce planes, filled them with his wife and family, closest aides and baggage, and fled to the Dominican Republic. He died in Spain in 1973, aged seventy-two. 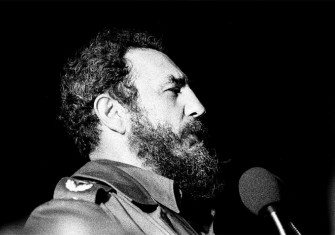 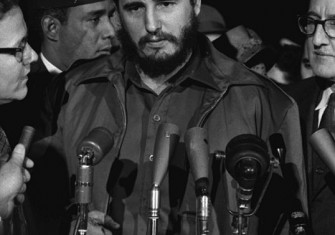