Why has the Gunpowder Plot Been Remembered for Centuries? 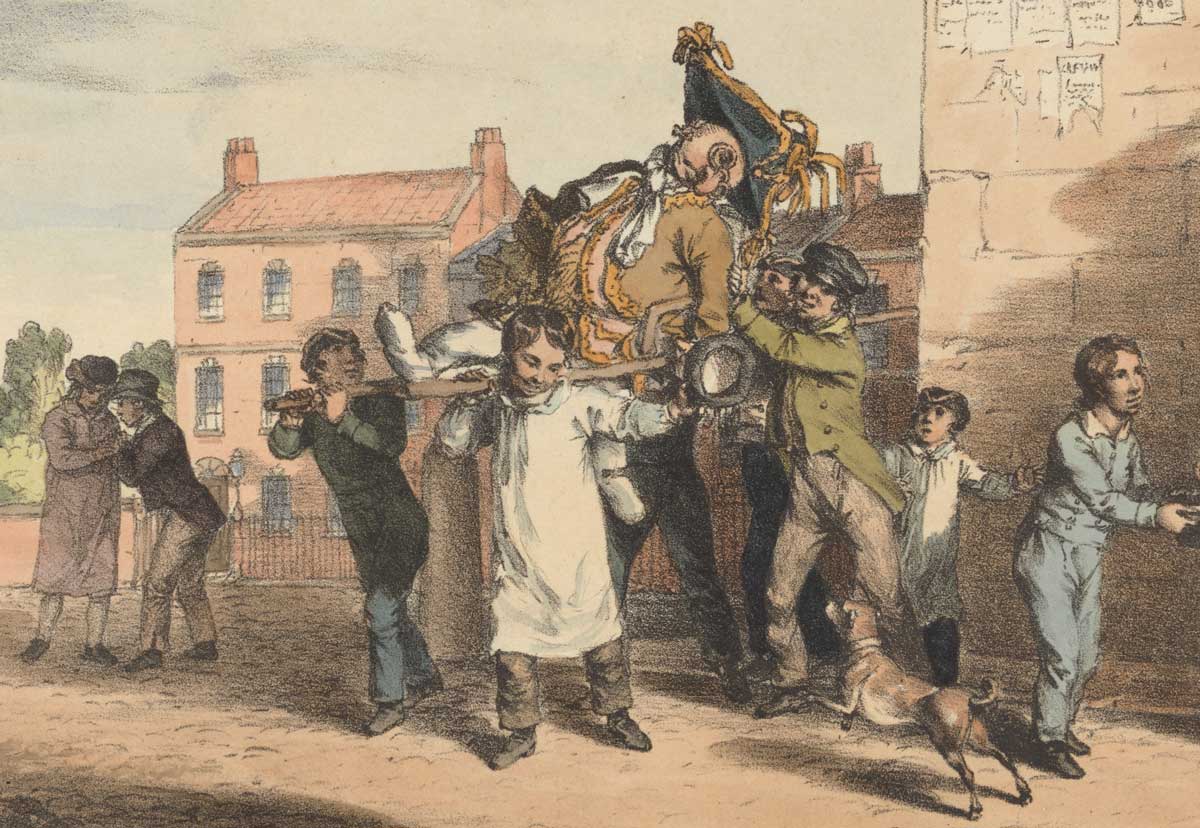 ‘The newly Protestant nation was remarkably bare of regular festivity’

Ronald Hutton, Professor of History at the University of Bristol

Guy Fawkes’ Night, the ‘Fifth of November’, has been popular and long-lived for two different reasons. The first is the spectacular nature of the event that it commemorated. Had the Gunpowder Plot succeeded, it would have killed the majority of the English political nation of the time, including most of the royal family, aristocracy and leading gentry and many merchants, as well as demolishing Westminster Palace and much of the Abbey and surrounding houses. It was intended not just to overthrow the existing monarch and central and local government, but the Church of England, as established since the Reformation, and the Protestant faith dominant in England. In its place the plotters planned to restore the Roman Catholic religion and enthrone a puppet princess.

Virtually all people believed the government message that this had only been averted at the last minute by providential good luck: so an explosion of relief and rejoicing was both inevitable and appropriate.

There was however another reason for the success of the new festival that lay in the fact that one of the victims of the Reformation had been the very rich festive calendar of religious and secular seasonal celebration developed during the Middle Ages and commonly remembered as ‘Merry England’. The newly Protestant nation was remarkably bare of regular festivity. Celebration of delivery from the plot provided not only an expression of hatred of Catholicism and loyalty to the reformed faith, but a major annual opportunity for merrymaking.

It came, moreover, at just the right moment: the onset of winter, when a lift to the spirits was badly needed and the accompanying use of bonfires and fireworks embodied the primeval human joy of raising fire against the night. That element’s heartening associations of light and warmth functioned as a cathartic response to the encroaching darkness and cold of the season, enabling the English to go into them without fear. The result was a cocktail of benefits, combining patriotism, communal solidarity and a visceral seasonal need to produce a festival of exceptional emotional resonance, flexibility and staying power.

Martha Vandrei, Senior Lecturer at the University of Exeter

The ‘Fifth of November’ was mandated as a day of remembrance by an Act of Parliament in force from 1606 until the 19th century. The Act commanded that the ‘deliverance’ of James I from assassination be celebrated in Anglican church services. But there is a sense in which all such communal commemoration connects to an innate need to explain ourselves to ourselves, to remind us of who we are and to exclude – symbolically or in a very real sense – people or groups not considered a part of the ‘imagined community’. Throughout the 17th and 18th centuries there was a need to establish and continually underpin the idea of England as a Protestant nation in the face of Catholic threats from overseas, as well as at home. Guy Fawkes and his fellow plotters were convenient symbols of the underhanded, conspiratorial Catholicism many feared and suspected was abroad in the land: the papist under the bed, or indeed, under Parliament. By making 5 November a part of religious culture, the event remained in the public mind and spilled over into the bonfires and firework displays that remain current today.

Given what we know about secular modernity, it might seem a little mysterious that an event so rooted in an antiquated religious controversy should remain important. But, like so much historical culture, the reasons are less (or more, maybe) complex than many historians allow. The view of fires burning brightly on every visible hilltop; the smell of wood smoke and mulled cider; the laughter and shouting in the dark; the chill in the air that reminds one of the coming winter: these could be the most powerful ‘reasons’ behind collective enthusiasm for 5 November, past or present. The experience of Bonfire Night, plus even a modicum of imagination (an underused faculty among historians) goes some way to explaining the longevity of the Gunpowder Plot’s commemorative power. Even if the event itself no longer carries the same, or indeed any, meaning for modern audiences, it is an annual opportunity to reconnect with the spectacular history of the ritual itself.

‘The most important reason for its survival is its very adaptability’

James Sharpe, Professor of History at the University of York and author of Remember, Remember the Fifth of November: Guy Fawkes and the Gunpowder Plot (Profile Books, 2005)

The annual celebration of the failure of the Gunpowder Plot has been an aspect of English culture since the immediate aftermath of its discovery. Providing a full account of how this commemoration and remembering, and their significance, has changed over time would fill a large volume. But the crucial element in the public remembrance of the Gunpowder Plot was legislation passed by Parliament early in 1606 (not repealed until 1859) enacting that annually on 5 November a sermon should be preached in every parish church in England commemorating God’s delivery of the English from this terrifying Catholic threat.

These sermons were delivered and many survive in print. Yet it is evident that, from a very early date, the thanksgiving in church was accompanied by more secular festivities, often involving civic celebrations in towns and cities, with bonfires, fireworks and distribution of drink to the populace, while churchwarden’s accounts of financial disbursements reveal smaller scale celebrations in country parishes. Whether as a Protestant replacement of Catholic ceremonies or not, people enjoyed a festival that defied the arrival of winter.

By the 19th century, key elements in the commemoration and remembering were changing. The original anti-Catholic sentiments were played down (I wonder how much people attending Bonfire Night celebrations in recent years know about those sentiments) and the 5 November celebrations were becoming more secular. In some towns they were appropriated by working-class communities in defiance of the orderly values of the urban elite; in others, that same elite appropriated the celebrations in the form of civic firework displays. It was also, on the strength of current research, in the 19th century that Guy Fawkes became the figure regularly burnt in effigy on bonfires, although periods of crisis could encourage more topical victims – in 1899, while the Boer War was raging, an effigy of Paul Kruger was burnt at Ticehurst in Sussex. Perhaps the most important reason for its survival is the very adaptability of how it is remembered.

James I was a key promoter. Within days of the discovery of the plot there was a king’s speech, a ‘King’s Book’ and a proposal for a new day of thanksgiving that would remain in the Anglican service book until 1859.

Commemoration was compulsory. Gunpowder sermons gave English people their annual inoculation against the disease of ‘popery’ and reminded them of their special status as God’s chosen ones. ‘The destroyer passed over our dwellings this day’, Lancelot Andrewes told them on the first anniversary. ‘It is our Passover, it is our Purim.’

For the Stuart kings the discovery of the plot was a trumpet blast for their dynasty and their vision of a unified Britain. For the Puritans, who took Charles I to civil war, it was a warning – often invoked – that Satan never slept. ‘Popery’ could take many forms, they said. The Parliament House, the true subject of God’s deliverance on the Fifth, might be undermined with gunpowder or destroyed in plain sight with the help of a corrupted crown and mitre.

When William of Orange – the future William III – landed at Brixham on 5 November 1688, the Stuart kings were hoist by the petard of ‘the Fifth’. But God’s double deliverance extended the life of remembrance and enshrined the plot as a foundational story of the Protestant state.

And what a story. It has it all – character, location, mystery, jeopardy, tragedy, scale and farce. It inspired Shakespeare and obsessed the young Milton. It was perpetuated in poems, plays and historical novels, such as Harrison Ainsworth’s Guy Fawkes of 1840, which turned the Yorkshire soldier into a gothic villain.

Even when the bonfires and bells lost their sectarian spark, they still charged the collective imagination. They have amplified protest, excused rowdiness, reinforced parish unity and bolstered the firework industry.

This question implies that it’s all over, but it’s still useful to remember the near annihilation of the Establishment. It forces us to confront fundamental questions about the nature of man and society. How do pieties become perverted? How are terror networks created and sustained? What price nationalism? What cost security? 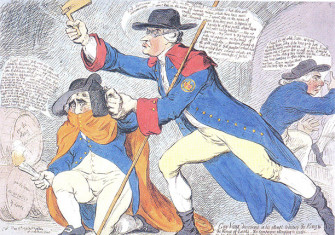 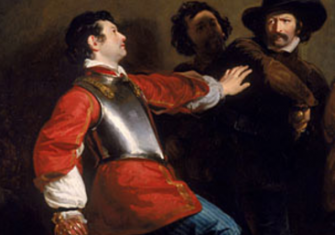 The Men Who Foiled Fawkes