In the first of a new series, we ask historians one of the burning questions of the day. 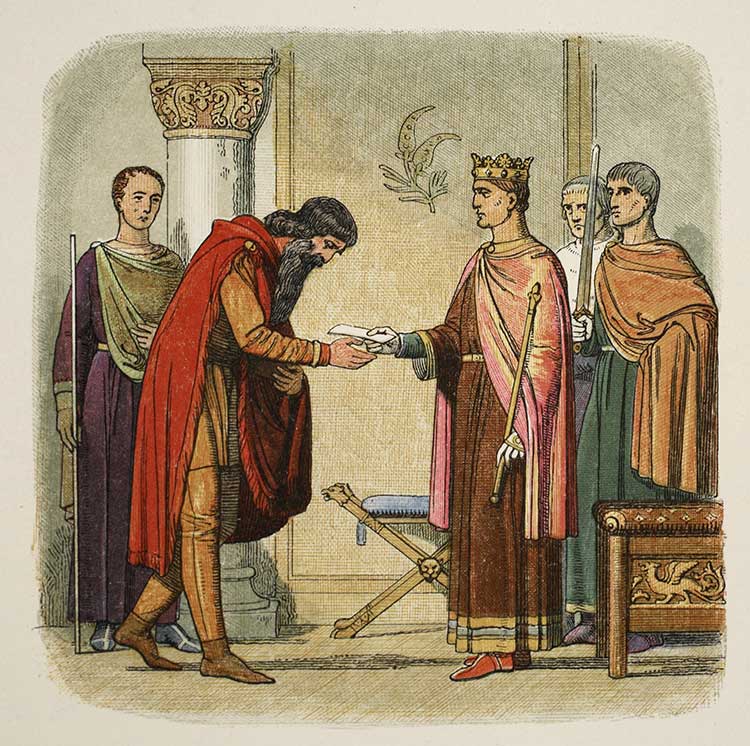 It was not always the case

It was not always thus. For as long as Ireland was part of the Union of 1801, Britain paid close attention to Ireland, particularly its elites. That is not to say that it always got it right. Catholic emancipation, promised at the time of the Union by William Pitt and Lord Castlereagh, was delayed until 1829, teaching Ireland the lesson that it was no use appealing to the British sense of historical justice without threatening mass agitation.

The famine was not, as some would later claim, a genocide. But British opinion, genuinely sympathetic at first, developed a case of compassion fatigue. This lack of empathy was disastrous for the mission of the Union to create a common community of sentiment across the two islands, as Pitt – influenced by Edmund Burke – had envisaged. As Victorian Britain tried to make up lost ground, there was a renewed interest in Irish history among its politicians, especially the Liberal Prime Minister William Gladstone, who mobilised history to make the case for Home Rule.

But after the Union was finally smashed in 1921-22, things changed. Winston Churchill wrote some brilliant essays on Irish history, but these were the exceptions. As George Bernard Shaw observed, Ireland – which before independence had been regarded as a central part of the British polity – was relegated to the significance of a ‘cabbage garden’. It drifted to the edge of Westminster consciousness, allowing a fatal indifference to the flawed performances of the devolved regime in Northern Ireland.

Ironically, the cause of Irish nationalism was better served by Britain looking the other way. It did not protest much when Dublin reneged on previous agreements to make a territorial claim to Northern Ireland. In 1938, Britain handed the Treaty ports back to Ireland, miscalculating that it would not remain neutral in war; underestimating the depths of anti-British feeling was to cost lives. Yet even though the Irish Taoiseach Éamon de Valera was seen as sympathetic to the Axis forces, the British quickly forgot after 1945, not least because of the 150,000 Irish citizens who ignored neutrality to fight on the British side.

A steady convergence of interests on the EU or the Peace Process in recent decades meant that there was no need to look to the past. That the British did not pay attention to Irish concerns at the time of the Brexit referendum is less surprising when seen in context.

Irish history is a balancing act

The British Government’s (re)negotiation of the border between the UK and Ireland, necessitated by Brexit, is evidence of a blindness to the legacies of Ireland’s colonisation. The conquerors’ misdemeanours, stretching back at least to 16th-century English and Scottish Plantations and persisting since 1800 via the Union, are, by contrast, deeply enshrined in Irish folk memory.

Academic history falls somewhere in between. Scholars (on both sides of the Irish Sea and around the world) grapple with massacre, famine and forced migration, but it is hard to assess frankly the central role played by violence in the relationship between these islands. Past actions offend modern sensibilities; we have an aversion to seeing the worst in each other.

The Irish Civil War was a social and academic taboo until Michael Hopkinson’s pioneering Green Against Green (1988) – a reticence accounted for partly by the intensity of intra-community hostilities. (I have uncovered house burnings, intimidation and assault, fuelled by sectarianism and anti-British-loyalism.) There was, furthermore, no official peace accord to end the fighting that killed around 1,500 people. Rather, Ireland’s two main political parties are divided along positions taken on the 1921 Treaty that formalised Partition and established 26 counties (today’s Republic) as a Free State in the Commonwealth.

Similarly, much remains unknown about the Troubles (1969-98) that claimed over 3,500 lives. The Good Friday Agreement did not set up formal mechanisms for confronting the past akin to the Truth and Reconciliation Commissions established in South Africa and Latin America. Reparation has been conducted ad hoc by independent bodies, not via the criminal justice system.

In these volatile times, then, it is understandable, if not excusable, that maintaining stable political institutions takes precedence over (re)making old accusations.

The problem is one of asymmetry

Samuel Beckett, when asked if he was an Englishman, is said to have replied ‘Au contraire’. The notion that Irishness might be defined in opposition to England hardly comes as a surprise. The Anglo-Irish relationship has been the dominant theme of most Irish historical writing. It is difficult to understand modern Ireland without understanding modern Britain, too. In contrast, as Linda Colley and others have shown, a sense of British national identity developed during the 18th century in opposition to the French or, more generally, to Catholic Europe. Later, Britons imagined themselves as pragmatic and liberal, unlike militaristic, idealistic or excitable Europeans.

The first explanation for Britain’s ignorance of Irish history, then, is asymmetry. (When I speak of Britain here, I really mean England.)

The second reason concerns political legitimacy. Until recently, the English have enjoyed a sense of identity so secure as to be almost subconscious. They have tended to conflate being English with being normal. The problem was to explain why other nations had diverged from this orderly processes of constitutional development. As Herbert Butterfield put it in The Englishman and His History (1944): ‘We do not have to set about the deliberate manufacture of a national consciousness, or to strain ourselves, like the Irish, in order to create a “nationalism” out of the broken fragments of tradition.’ With the basic shape of the nation state apparently resolved, British historians concentrated on ‘proper’ history: parliamentary government, the industrial revolution and class politics. These were areas in which Britain was a world-leader and in which Ireland was marginal.

Butterfield’s point is that, before 1922, the state in Ireland was not regarded as fully legitimate; rebellion was seen as justifiable by a minority and the repression of rebels was likely to alienate public opinion. Charles Townshend’s The Republic: The Fight for Irish Independence 1918-1923 (2013), describes how British authority slipped away following the Easter Rising in 1916 and how the IRA erected a counter-state. The actions of the Irish Free State were more violent than the British (three times the number of republican insurgents were executed), but it survived because it was the Irish Free State. As universities and schools turn to global history, we may discover that Ireland’s experience – of colonisation, insurgency and civil war, of poverty, emigration and diaspora – is actually more normal than Britain’s.

The ‘Irish Question’ never goes away

Jane Ohlmeyer, Erasmus Smith’s Professor of Modern History at Trinity College Dublin and Director of the Trinity Long Hub Research Institute in the Arts and Humanities.

Current discussions around Brexit bear out the adage that the Irish never forget their history and the English never remember it. Brexit certainly illustrates how the ‘Irish Question’ never dies; it just gets reformulated.

Moreover, the Brexit crisis is unfolding in the midst of Ireland’s Decade of Commemorations (2012-22). Having negotiated with dignity the centenary commemoration of the outbreak of the First World War (1914) and the Easter Rising (1916), Brexit now provides the backdrop to some particularly contested anniversaries: the 20th anniversary of the Good Friday Agreement (1998); the 50th of the outbreak of the Troubles (1969); and the 100th of the political partition of the island (1920) and the outbreak of civil war (1922).

The full consequences of Brexit remain to be seen. Any attempts to undermine the Good Friday Agreement or to reintroduce a ‘hard’ border with Northern Ireland could negate many of the gains achieved as a result of the Peace Process. Sharing a common European agenda has provided Ireland, north and south, with great scope to work together, to find common cause and to play down our differences.

It is also critical to remember how fragile the Peace Process is. Anxieties around Brexit are already firing up nationalism, tribalism and sectarianism and could well take us back to the inhumanity that characterised the 1970s and 1980s. (I write as someone who grew up in Belfast during these years.) None of us wants to return to those dark days; yet one wonders if the more gung-ho proponents of Brexit are even aware of the potential minefield that they are marching us into?

If we have learned one thing about nationalism and unionism in Ireland it is the way in which one generation of extremists passes the torch on to the next. It is incumbent on everyone to do everything possible to ensure that we create an environment in which peace, rather than violence, continues to flourish.

For as the Irishman Edmund Burke reminded us: ‘Those who don’t know history are destined to repeat it.’

Correction: this article originally stated that Éamon de Valera was President of Ireland during the Second World War. He was in fact Taoiseach, and later served as President from 1959-73. 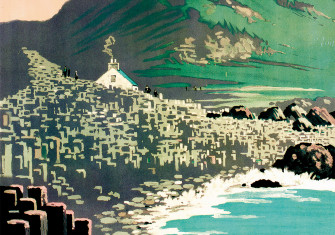 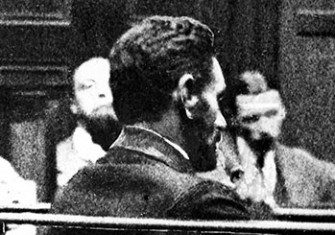