The Battle of Britain: The Many and the Few

Richard Overy looks behind the myth of a vulnerable island defended by a small band of fighter pilots to give due credit to the courage of the redoubtable civilian population. 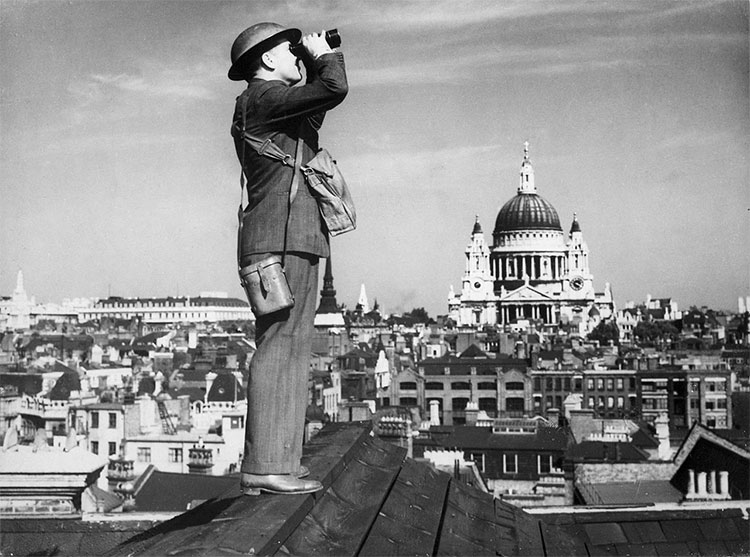 The Battle of Britain is once again high profile. The more time passes since the summer of 1940, the more fervently it is recalled as a moment of British (though often presented as English) triumph in defence of that intangible ‘way of life’ that democracies continue to boast about. It is a history boiled down to a modern-day David and Goliath story, a plucky few against the evil many.

No one doubts that this was a contest that needed to be fought and it is not mere myth that continued British (and British Commonwealth and Empire) resistance was the one way of confounding Axis domination of Europe, the Mediterranean and North Africa. But the celebration of the ‘Few’ as airborne knights errant holding back the tide of German frightfulness masks many historical truths which put the battle into a rather different perspective. Not the least is the fact that Britain was not a defenceless maiden in 1940 following the defeat of France. The concentration on the air battles that took place over ‘Hell’s Corner’ in southern England in the summer and autumn of 1940 ignores the reality of broader British strength. Britain was the heart of a large, belligerent empire which was mobilising rapidly in 1940 to confront the Axis threat. The support of Canada, Australia, New Zealand, South Africa, India and a string of colonies and protectorates made the Empire a formidable foe. Fighter Command itself was a multinational force with crew from Europe, the Empire and the then neutral United States.

Nor was Britain herself so powerless in 1940. It had the world’s largest navy, supported by a huge merchant fleet. The risk of confronting that naval power is now often used to argue that the German invasion of Britain could never have taken place. This exaggerates the extent to which the Royal Navy was invulnerable to air attack, but almost certainly naval forces were an important addition to the balance sheet of armed power. The RAF also contributed Coastal and Bomber Commands to the battle; Churchill on August 20th, 1940 devoted a lot more lines in his famous ‘Few’ speech to the bomber crews than he did to Fighter Command – 21 lines to six. Britain also had an army that was less ill-equipped and unprepared than the popular post-Dunkirk myth suggests. Behind all this military effort was one of the world’s most advanced and technically sophisticated industrial economies and one of the world’s principal financial centres. If invasion could have been done cheaply, Hitler would have come. But British power in 1940 was not such an easy nut to crack.

Above all, the focus on the ‘Few’ masks the harsh reality that the ones who suffered most were the civilians in Britain’s cities who were suddenly thrust into a hideous frontline in which they had to confront conditions that briefly resembled the awful experience on the Western Front in the Great War. Between July and December 1940 over 27,000 civilians died and as many were seriously injured. This was a level of civilian casualty that no European state had been subjected to in modern times. Former prime minister Stanley Baldwin’s famous dictum from 1932 that ‘the bomber will always get through’ was right, both in 1940 and for the rest of the war. However many bombers were shot down or turned back, there were always enough to disgorge their loads onto the congested heart of the cities they attacked.

With the passage of time the sacrifice demanded of civilians in 1940 seems disproportionate to the military sacrifices. British military losses were dwarfed by those of civilians. There were 544 fighter crew deaths throughout the battle; 1,333 civilians had already been killed in bombing raids by August before the onset of the heavy bombing of September. Bomb blast inflicted many of the same injuries that a heavy artillery barrage would bring, but in many cases civilians had little or inadequate protection. For all the familiar story of Anderson shelters and the ‘we-can-take-it’ mentality of the crowds clustered in the Underground system, the British state had failed to ensure effective protection for much of the civilian population and casualties were higher than they should have been. The result was predictable – thousands streamed out of the bombed towns and cities into the neighbouring countryside. Social crisis was averted largely because bombing in 1940 (and in other countries during the war) provoked among the survivors a desire to protect and sustain their private sphere rather than engage in political protest. Recent studies, including Exeter University’s Arts and Humanities Research Council-funded project on bombing in western Europe during the Second World War, suggest not a growing sense of solidarity but a fragmentation born of powerlessness.

How can we explain the capacity of British society to absorb this level of death and destruction? Historians are rightly sceptical that some mysterious ‘Blitz spirit’ was imbibed by all city-dwellers. That there was a public discourse on British stoicism and defiance is evident. It seems also to be the case that many people in the bombed communities tried to identify with that discourse and to borrow its language. There was an exceptional bravery about those communities that had to cope with the experience, though like the soldiers of the Western front, there was not much they could do about being there. That courage was often expressed in the way the media and the propaganda machine wanted it to be expressed. The reality on the ground, however, was a wide variety of responses to what were deeply traumatic events.

The capacity of ordinary people to come to terms with the horror of being bombed was tested to the extreme and historians have only just begun to explore how that capacity can be explained. In a field still populated by myth-sustaining views of Cockney cheerfulness, Churchillian inspiration and the redoubtable ‘Few’, it is necessary to get back to a social and cultural history that can make real sense of the summer of 1940. One approach might be to explore in greater depth the ‘militarisation’ of British society during the year that separated the outbreak of war from the onset of the Blitz. The effort to turn British cities into a virtual frontline went back to the late summer of 1939 when municipalities and county councils began to enlist a large army of volunteers and paid personnel to run the civil defence system. Millions were involved and they were made to feel that they were indeed soldiers of the home front – men, women and children. The runners between ARP (Air Raid Precaution) posts were in many cases young boys (and occasionally girls). They were all given some kind of uniform, even if it amounted to an armband and a tin hat. ARP personnel who failed to turn up for duty were regarded like soldiers who had gone AWOL and were disciplined or sacked. Conscientious objectors who tried to enlist as firefighters and wardens were rejected in many areas because it was feared that they would infect the fighting morale of their comrades.

The contrast has often been drawn between German ‘militarism’ and British democratic culture in 1940, but the evidence suggests not that Britain was in fact like Hitler’s Reich, but that the structure and culture of civilian mobilisation for total war created a British version of an embattled and militarised community. The capacity for withstanding the horror of bombing proved sufficiently robust in 1940 and 1941 to avoid a social disaster. More needs to be known about how this process worked.

Where does this leave the ‘Few’? Fighter Command was one of the only areas of Britain’s war effort that was up to the mark in 1940 and the successful stand-off against the Luftwaffe was no mere fluke. The popular recollection of the sacrifice made by the pilots of Fighter Command is a worthy one because they were the ones that made sure the system worked. There are now three major monuments to those who fought and died in the Battle of Britain – in Croydon, in Kent and in central London. Perhaps it is now time for a monument to the ‘many’, the thousands of civilians who perished and the hundreds of thousands who donned uniforms and badges and became the warriors of Britain’s home front. In the summer of 1940 sacrifice was widely shared and should be widely acknowledged.

Richard Overy is Professor in History at the University of Exeter and the author of The Battle of Britain Experience (Carlton, 2010) published in collaboration with the RAF Museum. 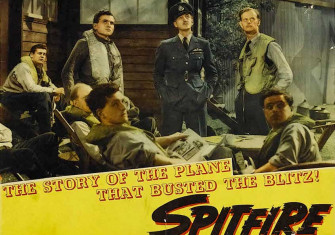 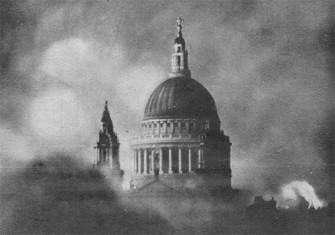 St Paul’s in the Blitz