Death in the Baltic

The Wilhelm Gustloff, once an elegant cruise-liner of Hitler’s Reich, was torpedoed by a Soviet submarine on the night of 30 January 1945. 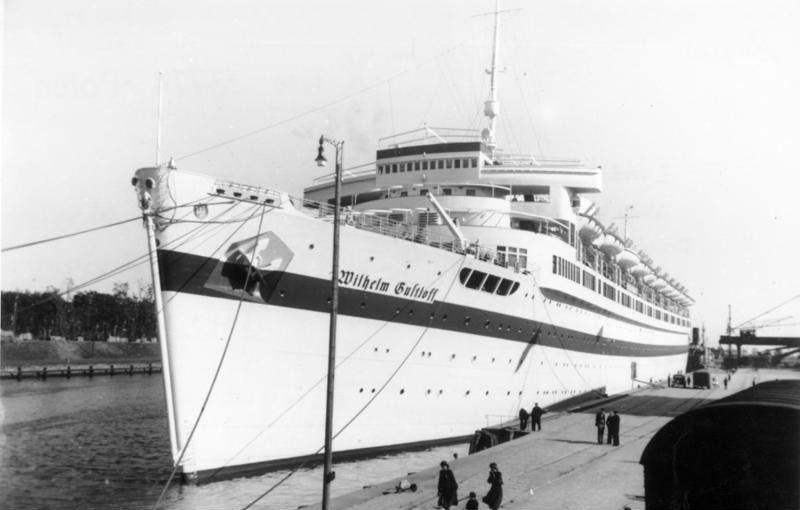 The story of the sinking of the Wilhelm Gustloff is still unknown to a majority of non-Germans. The ship, once an elegant cruise-liner of Hitler’s Reich, was evacuating German refugees, civilians and military personnel from the port of Gotenhafen when she was torpedoed by a Soviet submarine on the night of January 30th, 1945.

Grievously overloaded with its human cargo, the ship took 40 minutes to sink, casting the majority of its estimated 10,000 passengers to their deaths in the freezing waters of the Baltic. Almost as many survived the Gustloff (c.1,200) as were killed on the Titanic. It remains the worst maritime disaster in history. And yet its 9,000-odd victims were easily forgotten in the wholesale slaughter of the last months of the war, while the stories of the survivors were muted by Germany’s dominant postwar culture of mea culpa and the continued indifference of its wartime enemies.

Indeed, for many years the story was kept alive primarily by the tireless efforts of one survivor Heinz Schön, who worked hard to establish the truth of events and collected the personal accounts of survivors. Only in recent decades has the fate of the Gustloff gained a degree of recognition beyond Germany, in part via Günter Grass’s 2002 novel Crabwalk, in which the sinking plays a prominent role.

It is certainly a grimly fascinating story, not least because of the wealth of ‘human interest’ that it contains: the desperate passengers fleeing from the advancing Soviets; or the Soviet submarine captain, a troubled maverick for whom the sinking brought the promise of redemption.

It is also interesting for the wider context of the evacuation, of which the Gustloff’s voyage was part. ‘Operation Hannibal’ was an ambitious – if belated – attempt by the Nazi authorities to move millions of civilians and wounded military personnel westward by sea, away from the path of the Red Army. And, though it incurred substantial losses, it would be broadly successful; with over 1,000 ships moving more than a million people to safety that winter.

Cathryn Prince tells the story of the Gustloff briskly and engagingly. She has rounded up much of the available English-language material on the sinking, making good use of the eyewitness accounts of survivors.

However, there are some caveats. Most seriously, a glaring shortage of German-language material is evident, which, given the rather patchy coverage of the subject outside Germany, must be considered a serious flaw. Even the eyewitness accounts used so effectively by Prince are predominantly from those individuals now in the US and Canada, with scarcely a mention of the survivor testimony, published and unpublished, that is available in German.

Moreover, though Prince is solid on the circumstances of the sinking itself, her grasp of the wider history is sometimes lacking and as a consequence her book is undermined by factual and typographical errors, some wonky geography and the whiff of journalistic hyperbole. One cannot help wondering if the closer attentions of an editor might have been beneficial.

It is a shame to be as critical as this, for Death in the Baltic should certainly be welcomed for bringing the story of the Wilhelm Gustloff to a wider audience. However, it is hard to avoid the conclusion that the book represents something of a missed opportunity. The definitive English-language account of this sorry saga, it seems, still awaits its author.

Roger Moorhouse is the author of The Devils' Alliance: Hitler's Pact with Stalin, 1939-41. @Roger_Moorhouse 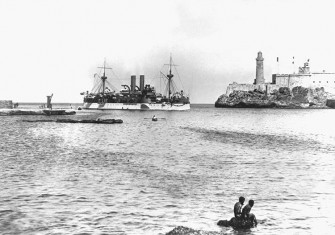 The Sinking of the Maine 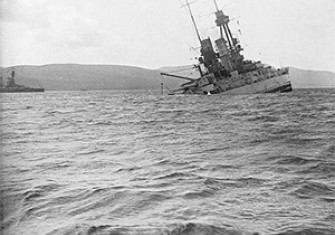