The Sinking of the Maine

The United States battleship was blown up in an explosion during Cuba's uprising against Spain. What caused the explosion and who was responsible? 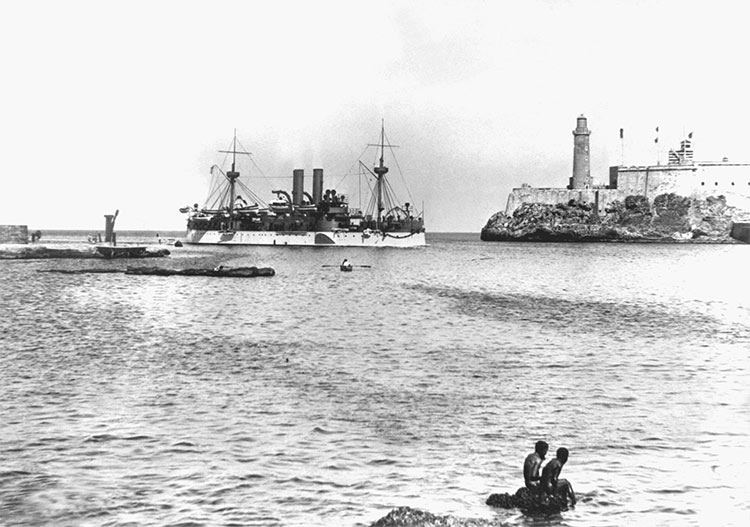 At 9.40pm on the night of 15 February 1898 the United States battleship Maine, riding quietly at anchor in Havana harbour, was suddenly blown up, apparently by a mine, in an explosion which tore her bottom out and sank her, killing 260 officers and men on board. In the morning only twisted parts of the huge warship’s superstructure could be seen protruding above the water, while small boats moved about examining the damage. The Maine had been showing the flag in Cuba, where the Spanish regime was resisting an armed uprising by nationalist guerrillas.

No one has ever established exactly what caused the explosion or who was responsible, but the consequence was the brief Spanish-American War of 1898. American sentiment was strongly behind Cuban independence and many Americans blamed the Spanish for the outrage. The yellow press, led by William Randolph Hearst and Joseph Pulitzer, proprietors of the New York Journal and the New York World, took every opportunity to inflame the situation with the exhortation to ‘Remember the Maine’, publicise the alleged cruelties of Spanish repression and encourage a belligerent hunger for action. They were vigorously supported by hawkish senators and the Assistant Secretary of the Navy, Theodore Roosevelt, who attacked President McKinley for trying to cool the situation down. In the end the government in Spain declared war on the United States on April 24th. The American Congress had already authorised the use of armed force and the United States formally declared war on April 25th.

It was a singularly unequal contest. An American fleet under Commodore Dewey annihilated a Spanish fleet in Manila Bay in the Philippines with casual ease on May 1st (the total American butcher’s bill was seven wounded). In June an American expeditionary force landed east of the Cuban city of Santiago, the troops sweating in the heavy woollen winter uniforms with which they had thoughtfully been issued, and eating what was called ‘embalmed’ beef out of cans, which may have caused more damage than enemy bullets.

On July 1st, Teddy Roosevelt’s volunteer ‘Rough Riders’, whooping and hollering, helped Negro troopers of the 10th Cavalry to take the San Juan Heights above the city of Santiago, which surrendered on the 17th. The Spanish Cuban fleet, which had meanwhile fled Santiago harbour, was hunted down by American battleships ‘like hounds after rabbits’ and destroyed in four hours. American troops took Puerto Rico a few days afterwards and the Spanish government sued for peace.

Far more Americans were killed by tropical diseases – typhoid, yellow fever and malaria – in the course of the war than fell in battle (roughly 4,000 to 300). When a peace treaty was signed in Paris in December, Spain lost its last colonies in the New World. The United States took the Philippines, Puerto Rico and the Pacific island of Guam, and achieved worldwide recognition as a great power. Cuba gained independence, Theodore Roosevelt earned a hero’s reputation and the tinned beef inspired the first Food and Drug Act. 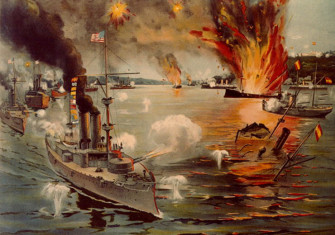 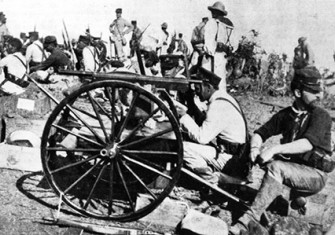