Under Two Flags: The Lützow and the Nazi-Soviet Pact

Roger Moorhouse tells the story of the Lützow, a partly built German cruiser delivered to the Soviet Union in 1940 and renamed the Petropavlovsk, following the Nazi-Soviet Pact of 1939. 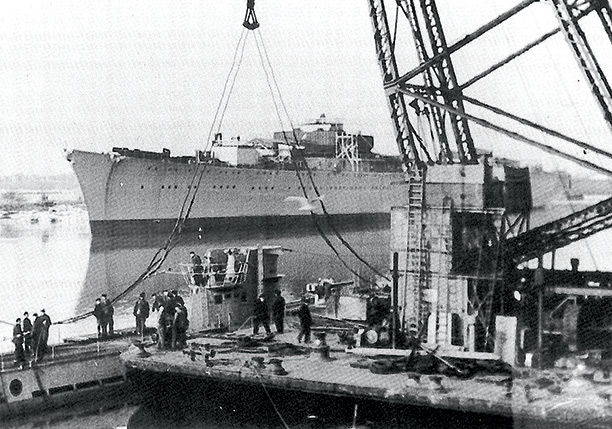 On the last day of May 1940 a peculiar sight appeared in the approaches to Leningrad. A German heavy cruiser was being towed into a shipyard on the western edge of the city. There was no bunting, no military band and little ceremony. No mention was made of the arrival in the Soviet press; instead the newspapers Izvestia and Leningradskaya Pravda reported the Anglo-French collapse at the other end of the Continent in studiedly neutral tones. Consequently, the huge grey monster attracted little attention as it was nudged and cajoled into place by puffing black tugs. Nonetheless, its arrival was an event of profound significance.