A balanced rendering of the Prophet Muhammad’s life.

Westerners have long been fascinated by the Prophet Muhammad, but it is a fascination that has veered, at times, towards horror. Many non-Muslim writers have seen him as Satanic, lascivious or fraudulent: Dante placed him deep in Hell, Voltaire called him a fanatic and one evangelist described him as ‘a demon-obsessed pedophile’. By contrast, Islamic scholars have presented the Prophet as the transmitter of divine revelation and the embodiment of the ideal man. Since, after the Quran, the Prophet’s utterances and actions have been taken as an indispensable guide for living, the way his story is told is crucial to understanding his message. Most accounts of the Prophet, whether malignant or hagiographic, have been stilted and one-dimensional. Mohamad Jebara’s biography aims for somewhere between.

Jebara argues that Muhammad regarded the Arabian society of his day as one suffering from ‘willful stagnation’. As a practical businessman he believed that change required both a sense of shared identity and greater economic opportunities. He therefore commenced by acting as a mediator among the various tribal and factional groups of the Arabian peninsula, later embracing the roles of oracle and warrior, thus combining several positions that tribal society, given its aversion to centralised power, had previously kept separate.

Jebara gives special emphasis to the role of women in the Prophet’s thinking. Women were among the first to accept his teachings, were members of Mecca’s assembly and one was even appointed mayor of Medina. He also appointed a woman as the first educator of the faithful and another as an imam. This stands in stark contrast to the subsequent development of paternalism within the faith.

Most strikingly, Jebara stresses that the Prophet came from a largely Jewish background. The author clearly implies that Muhammad’s mother was Jewish. We learn that rabbis broke the sabbath to aid him in battle, that a Jew made his armour and, later, that he had a Jewish wife. Thus, well into his period of revelation, Jews played a much bigger and more positive part in the Prophet’s life than most biographies suggest.

Critics may find Jebara’s book selective and unduly secularised. Revelations are described in the passive voice and new ones always arrive just when circumstances require justification. No mention is made of the Prophet’s initial willingness to allow other deities and, while the Prophet is portrayed as the most tolerant of men, the Quran’s denigratory remarks about non-Muslims are never cited.

A friend once remarked that she had never read a biography she thought was true, nor a work of fiction that she thought was not. Absolute truth about another person, especially one as mythologised as Muhammad, will escape even the most scrupulous of biographers, but Jebara’s is as close to a balanced rendering of the Prophet’s life as a believing Muslim can present. For Westerners who read only one book on the Prophet, this version may very well alter their view of Muhammad. And if it were to be translated into the languages of the Islamic world and widely disseminated – if, in short, it were to become the popularly accepted version of the Prophet’s life and thought – it is possible that the written life of Muhammad, as he appears in Jebara’s book, might change the world once again.

Lawrence Rosen is the William Nelson Cromwell Professor of Anthropology at Princeton University and the author of Islam and the Rule of Justice: Image and Reality in Muslim Law and Culture (The University of Chicago Press, 2018). 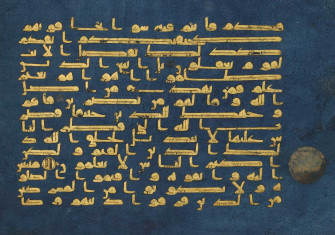 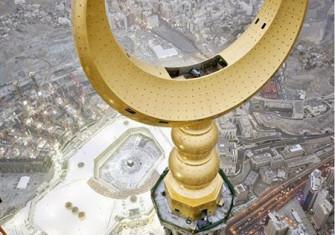