Eight historians share the books they’ve enjoyed this year and reveal what’s on their ‘to-read’ pile. 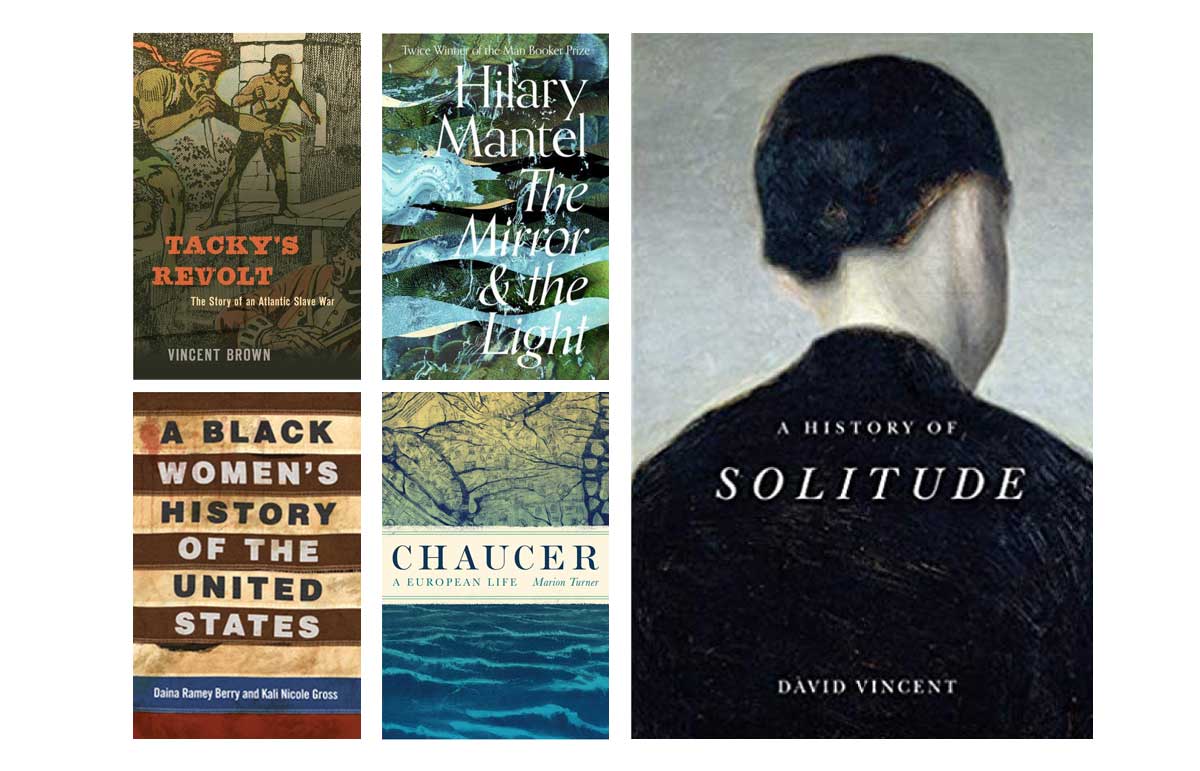 ‘We are living through extraordinary times’

While I was writing Black Wave, I was completely focused on my research and gorged on books about the Middle East. The only distraction was fiction, including Agatha Christie, which is an excellent way to relax and disconnect.

Now that I’m done with the writing and the intensity of the book tour, I can finally read books about different subjects that I had set aside in a pile. I’m starting with Ian Buruma’s Year Zero: A History of 1945 (Penguin). We are living through extraordinary times with the Covid-19 pandemic and I think it’s important to put things in historical context and read about other periods of upheaval. The scope of destruction and devastation in the aftermath of the Second World War is a story that is not told much or often forgotten. After that I’m turning to Apeirogon (Bloomsbury) by Colum McCann – not quite a history book but an epic novel that tells the Israeli-Palestinian conflict through the true story of two fathers, one Israeli and one Palestinian, who have both lost their daughters to violence and become friends.

‘A familiar subject in a fundamentally new way’

Rana Mitter, Professor of the History and Politics of Modern China at the University of Oxford and author of China’s Good War (Harvard, forthcoming)

Paul Cartledge’s gripping new book, Thebes: The Forgotten City of Ancient Greece (Picador), reconstructs an ancient city that was once the near equal of Athens and Sparta, but left behind no Thucydides to tell its story. One fascinating theme is the fateful decision of Thebes in 480 BC to side with the Persian invaders of Greece and not with their Athenian compatriots. Cartledge shows how contemptuous Athenian attitudes toward their Theban neighbours hardened hearts and ate away at ideas of what was ‘Hellenikon’ – truly Greek: an object lesson in how identity wars can become actual wars. It’s also clear that Athenian contempt was undeserved; I was fascinated by the account of Pindar, a Theban poet whose complex and allusive verse was combined with an impressive ability to make serious money from his work. Reading about Cartledge’s Thebes has let me see a familiar subject, ancient Greece, in a fundamentally new way.

‘Aloneness is a class issue’

Edith Hall, Professor of Classics at King’s College London and co-editor of A People’s History of Classics: Class and Greco-Roman Antiquity in Britain and Ireland 1689-1939 (Routledge)

2020 has so far been blighted by a double plague – Covid-19 and the systemic racism that killed George Floyd on 25 May. Two books which chime in tune with these disturbing times examine solitude and the African-American experience respectively. David Vincent made his name investigating British working-class literary culture. His A History of Solitude (Polity) emphasises that aloneness is a class issue. Many people may feel that solitude is indistinguishable from harrowing isolation, but Vincent reminds us that privacy was never possible for all. Time for individual reflection has always required money. Meanwhile, in their magnificent A Black Women’s History of the United States (Beacon), Daina Ramey Berry and Kali Nicole Gross show us what Black women have achieved over the last four centuries by cooperating in the public sphere to counter injustice, deprivation and prejudice. Fascinating and inspiring stuff.

‘An opportunity for feasting on historical fiction’

Peter Marshall, Professor of History at the University of Warwick

Lockdown has provided the opportunity for feasting on historical fiction. As a Tudor specialist, I’ve been almost contractually obliged to read The Mirror and the Light (Fourth Estate), the undeniably impressive denouement to Hilary Mantel’s Cromwell trilogy. A new research project on magic and folk beliefs in the northern isles of Scotland pointed me towards Kiran Millwood Hargrave’s The Mercies (Picador) – a hauntingly lyrical tale of female love and witchcraft trials in the far north of Norway in the early 17th century, set on an island where all the menfolk have drowned in a storm. Historians generally enjoy historical fiction best, however, when it takes place safely away from their home turf and my top recommendation for recent novels set in the past is Joseph O’Connor’s Shadowplay (Harvill Secker), a brilliant imagining of Bram Stoker’s experiences as theatre manager to the mercurial Victorian actor-director Henry Irving – alternately deeply moving and laugh-aloud funny.

‘An illuminating portrait of Apongo’

Marlene Daut, Author of Tropics of Haiti: Race and the Literary History of the Haitian Revolution in the Atlantic World (Liverpool)

I am writing an intellectual history of Haiti and have found myself drawn to character-driven historical works with a strong authorial voice. Vincent Brown’s digital project Slave Revolt in Jamaica was a wonderful precursor to his latest book, Tacky’s Revolt: The Story of An Atlantic Slave War (Harvard). A deep dive into what the author calls the ‘greatest slave insurrection in the eighteenth-century British Empire’, the book provides an illuminating portrait of the African-born Apongo, later known as Tacky, a principal leader of the rebellion that, Brown argues, was a crucial part of the Seven Years War.

Erica Armstrong Dunbar’s Never Caught: The Washingtons’ Relentless Pursuit of their Runaway Slave, Ona Judge (Atria) also gripped me. The book offers a painstaking account of how Ona Judge, a 22-year old woman enslaved by Martha Washington since her birth, essentially ‘stole herself’, in Dunbar’s words, causing the first president of the United States to pursue her, unsuccessfully, until he died.

‘A wonderful work of microhistory’

It began with a non-essential trip to Durham. Keith Wrightson, having stumbled upon the arresting signature of a 17th-century notary in Durham University Library, decided to track the young man through the streets of Newcastle in 1636 as he took down the dying wishes of plague victims. The result was Ralph Tailor’s Summer: A Scrivener, his City and the Plague (Yale), in which Wrightson recovers the voices of the soon-deceased as they attempt to self-isolate, work from home, trust in floundering officials and protect loved ones. It’s a wonderful work of microhistory, a fine example of the sparks that can fly when the imagination strikes the archives.

More than 1.5 million Indians fought with the British in the First World War. George Morton-Jack’s superb The Indian Empire At War: From Jihad to Victory, The Untold Story of the Indian Army in the First World War (Abacus) uncovers their experiences in all their variegations, on all fronts, with new sources. I found it utterly compelling.

Paul Lay, Editor of History Today and author of Providence Lost: the Rise and Fall of Cromwell’s Protectorate (Head of Zeus).

Lockdown has provided a little more time than usual to devote to reading entirely for pleasure. For sheer sensual enjoyment, it would be hard to beat Orlando Figes’ The Europeans (Penguin), which tells the story of a love triangle between the soprano Pauline Viardot, her husband Louis and the great Russian novelist Ivan Turgenev, all set to the backdrop of a continent transformed by a revolution in communications. It is also a moving paean to European high culture, which, outside a few enlightened pockets, is now more vulnerable than ever.

Margaret Willes’ The Making of the English Gardener: Plants, Books and Inspiration 1560-1660 (Yale) has been a learned companion in these strange times, confirmation that the ‘English art’ is rooted in one of the nation’s more turbulent times.

My last event before lockdown was the exhibition Titian: Love, Desire, Death at the National Gallery. Its gorgeous catalogue, edited by Matthias Wivel, should be read alongside Maria H. Loh’s fine Titian’s Touch (Reaktion).

Marion Turner’s vital new biography Chaucer: A European Life (Princeton) journeys through the places and spaces of his life, from London’s waterfront to the snowy, multicultural kingdom of Navarre and the great Italian city states of Genoa and Florence. It is at once a vivid reconstruction of Chaucer’s 14th-century world and a revelatory exploration of his poems. A sense of place also suffuses Suzannah Lipscomb’s The Voices of Nîmes (Oxford). In this insightful look at the everyday lives of 16th- and 17th-century women at a time of social and religious turbulence, Lipscomb superbly recovers and reanimates her subjects, weaving fine-grained archival work into a compelling study. Ibrahim X Kendi’s How To Be an Antiracist (Bodley Head) shows how, from the earliest days of the slave trade onward, the accumulation of power – economic, political, cultural – has always been behind racist policies. A work of immense moral authority, brilliantly told, it’s deeply humane, revolutionary, essential. 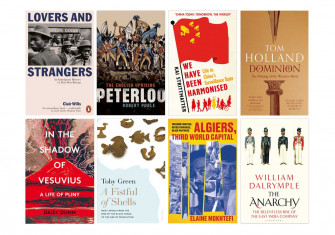 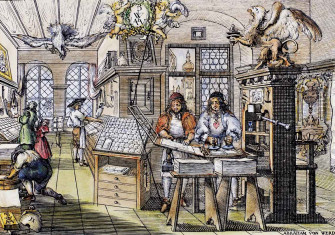