Premiere of The Great Dictator

In 1938 Charlie Chaplin started writing the script of a film in which he would mercilessly mock Adolf Hitler. In his autobiography, published in 1964, Chaplin said that, if he had known about the German concentration camps, he would never have treated Hitler humorously. He wanted to ridicule Nazi anti-semitism and ‘their mystic bilge about a pure-blooded race’. While writing the script Chaplin watched newsreels of Hitler to make careful note of his gestures, mannerisms and oratorical style. It helped that Chaplin and Hitler were the same age and looked quite similar. With his almost copycat moustache, Hitler could be seen as the evil counterpart of Chaplin’s famed ‘little tramp’ persona.

Chaplin finished the script in September 1939 and pressed ahead with making it for United Artists, which he partly owned, though they doubted whether it could be shown in the US or Britain. He also received threatening letters from American fascist sympathisers, but completed the film at his own expense.

The Great Dictator was set in a fictitious country called Tomainia that was obviously Germany and Chaplin played two roles. He was a Jewish barber and he was also the country’s ferocious dictator, Adenoid Hynkel. They looked so alike that setting out to arrest the barber Hynkel’s stormtroopers seized the dictator instead. This gave the barber the opportunity to pretend to be Hynkel at a huge mass meeting and deliver a speech in which he announced that he had changed his attitudes and called for doing away with hatred and intolerance.

After the film’s successful premieres at the Capitol cinema in New York and the Prince of Wales theatre in London it drew eager, enthusiastic audiences and was a huge financial success. It also marked a key stage in the development from the slapstick ‘little tramp’ Charlie Chaplin of the silent movies into Charles Chaplin, the serious producer, director and actor of his later years. 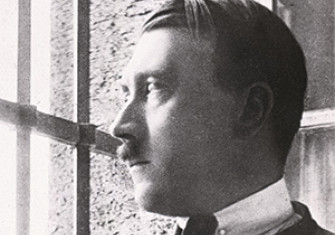 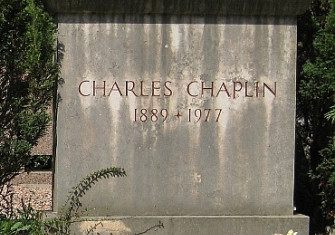