One of the architects of the British Empire resigned on 5 October 1761. 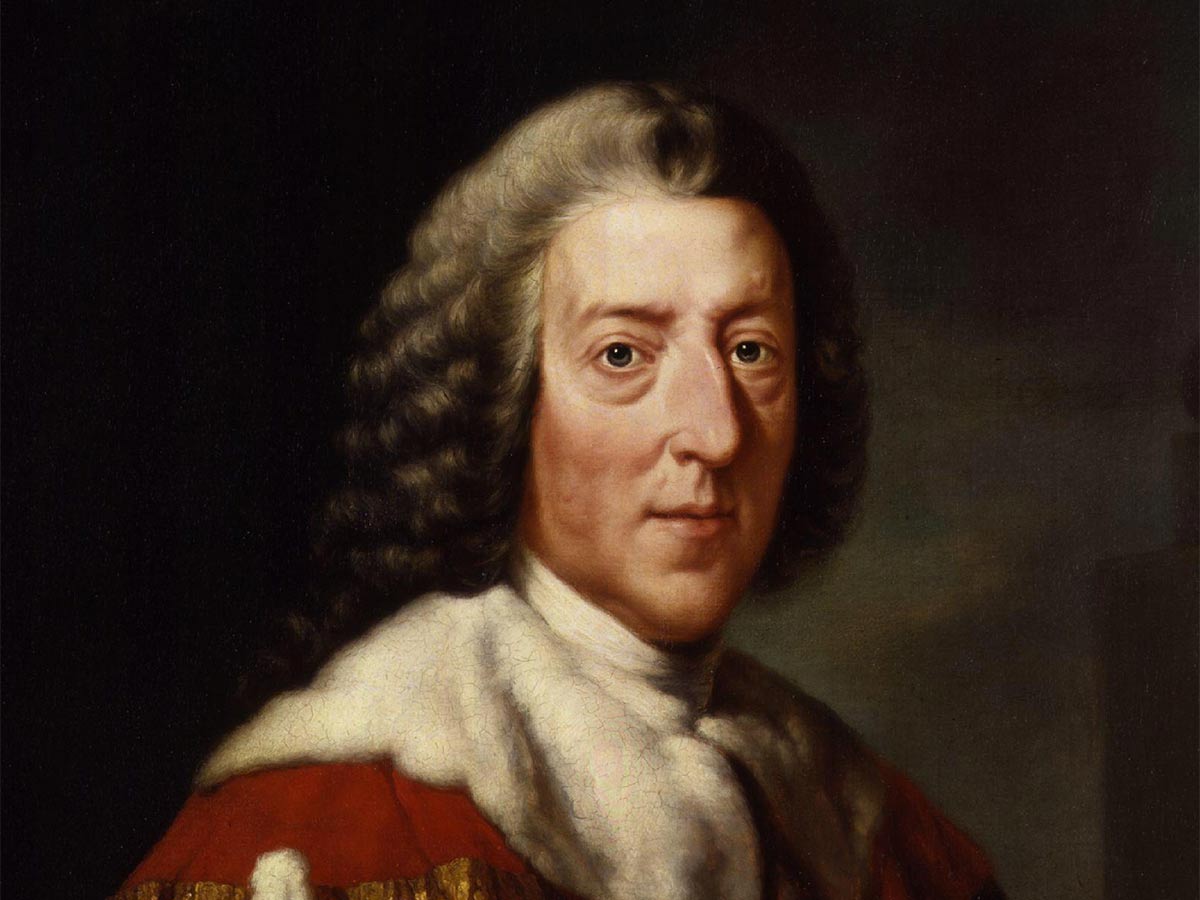 The accession of George III in 1760 crippled the career of one of Britain’s greatest prime ministers and one of the architects of the British Empire. William Pitt the Elder had an upper-crust background as a Villiers on his mother’s side and the grandson of Thomas Pitt, who had made a fortune in India. It looks as if he inherited a tendency to manic depression. A younger son and not himself well off, he was sent to Eton, which he disliked and where he started on a lifelong martyrdom to gout. In 1735, aged 26, he entered Parliament as member for the Pitt family’s pocket borough of Old Sarum. He was a Whig but political parties of today’s kind did not exist and Pitt was one of a group in Parliament known as ‘Cobham’s cubs’, assembled by a rich relative, Lord Cobham, to challenge Sir Robert Walpole’s administration. The ‘cubs’ took the side of the Prince of Wales against his father, George II, and Pitt became one of the prince’s officials, which did not endear him to the king.

It soon became clear that Pitt was a coming man. Tall and lean with a long, commandingly beaky nose, he was a compelling speaker. Horace Walpole later told a friend that a Pitt speech in Parliament contained ‘more humour, wit, vivacity, finer language, more boldness, in short more astonishing perfections’ than he could imagine. Pitt was a vigorous patriot and complained that Parliament was too full of careerists to have any proper concern for the national interest. Widespread public opinion agreed with him. Politicians were not held in high esteem, but Pitt attracted growing approval and support outside Parliament.

Walpole fell from power in 1742 and was soon replaced by a ministry led by Henry Pelham and his brother, the 1st Duke of Newcastle. They wanted to include Pitt in the administration and in 1746 he was appointed paymaster general of the forces, which reduced George II to tears of rage. The post was a byword for its opportunities for corruption and other paymasters general had made themselves fortunes, but Pitt refused to accept more than his official salary. He took care to publicise the fact, which boosted his public reputation.

The Seven Years War which began in 1754 proved to be the making of Pitt. Great Britain and Prussia were the major powers on one side, France, Austria, Russia and later Spain on the other, but many lesser powers were involved and it was fought across the world. A key factor was the rivalry between Britain and France to build empires in America and Asia.

Pitt believed that he was the only person who could see Britain safely through the war and public opinion agreed with him. After long and complicated manoeuverings, in 1757 Pitt became in effect prime minister by popular demand, in alliance with Newcastle. Temperamentally a loner, high-handed and difficult to get to know or to like, he was one of the most effective war ministers in British history. He strengthened the navy and sent it to attack the French in the West Indies and West Africa and make an invasion of Britain impossible. He dispatched expeditions to take Canada from the French and supported Robert Clive in establishing British supremacy in India. In Europe money and men were sent to aid Prussia under Frederick the Great. One sensational victory followed another to huge popular delight until in the annus mirabilis of 1759 Horace Walpole recorded that ‘Our bells are worn out threadbare with ringing for victories.’

In 1760, however, George III came to the throne with his chief adviser, Lord Bute, who was determined to take a new direction. Most of Pitt’s cabinet had grown uneasy with the prime minister’s dominance, his popularity in the country and the huge amounts of money the war was costing. When he argued for a strike against Spain to prevent it joining the war against Britain, the cabinet refused. He felt he had no choice but to resign, at the age of 52.

His great days were over and when he was appointed in 1766 to form a new administration he was not physically up to the task and he was suffering from bouts of mental trouble, which he called ‘gout in the brain’. He retreated to the House of Lords as Earl of Chatham and in 1768, trapped in recurrent fits of insanity, he left office. He died on May 11th, 1778, aged 69, while his son William – another Pitt who would make his mark – was reading him the passage in the Iliad on the Trojan hero Hector’s farewell. His monument in Westminster Abbey salutes him with the words that under him ‘Divine providence exalted Great Britain to a height of prosperity and glory unknown to any former age’.