She had planned to kill him in public. But the Parisian summer of 1793 was exceptionally hot and Jean-Paul Marat’s painful skin condition – a form of psoriatic arthritis – compelled him to spend long hours in his bath at home in the Rue des Cordeliers. It was there, around 7pm on 13 July, that 24-year-old Charlotte Corday came to see him.

Marat was a 50-year-old physician-turned-revolutionary whose newspaper, L’Ami du peuple, pursued its cause with reliably violent and incendiary rhetoric. In one 1790 broadside Marat wrote: ‘A year ago by cutting off five or six hundred heads you would have set yourselves free and happy forever. Today it would need ten thousand; within a few months perhaps you will need to cut off a hundred thousand.’

Corday was no reactionary; she had been a republican long before the revolution. But France had descended into anarchy, she thought, and Marat was its anarchist in-chief. And so here she was, in his house, in his bathroom, with a five-inch kitchen knife hidden in her dress.

Why did he let her in? His wife had been reluctant. She had turned Corday away once already that day. But Corday promised Marat the names of traitors in Normandy. He couldn’t resist. ‘I will have them all guillotined’, he said.

She only had to stab him once. At her trial, she was challenged about that. Surely she must have practised, the tribunal president asked. ‘Oh the monster’, Corday cried. ‘He takes me for an assassin!’

In Corday’s eyes, she was a patriot. ‘I killed one man to save a hundred thousand’, she said. Perhaps it was a figure of speech. Perhaps she recalled Marat’s 1790 declaration. The tribunal tried to make her confess she was part of a conspiracy. After all, how could a woman devise and act on such a thing alone? Who had taught her to hate Marat, they asked. ‘I didn’t need the hate of others’, she replied. ‘I had enough of my own.’

Corday had hoped to escape to England after the killing – her brothers were there – but she approached the guillotine with equanimity. Her one request: that someone paint her portrait before she died. 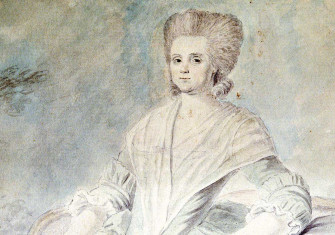 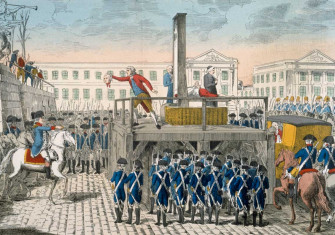 Facing the Terror: a Witness to the French Revolution