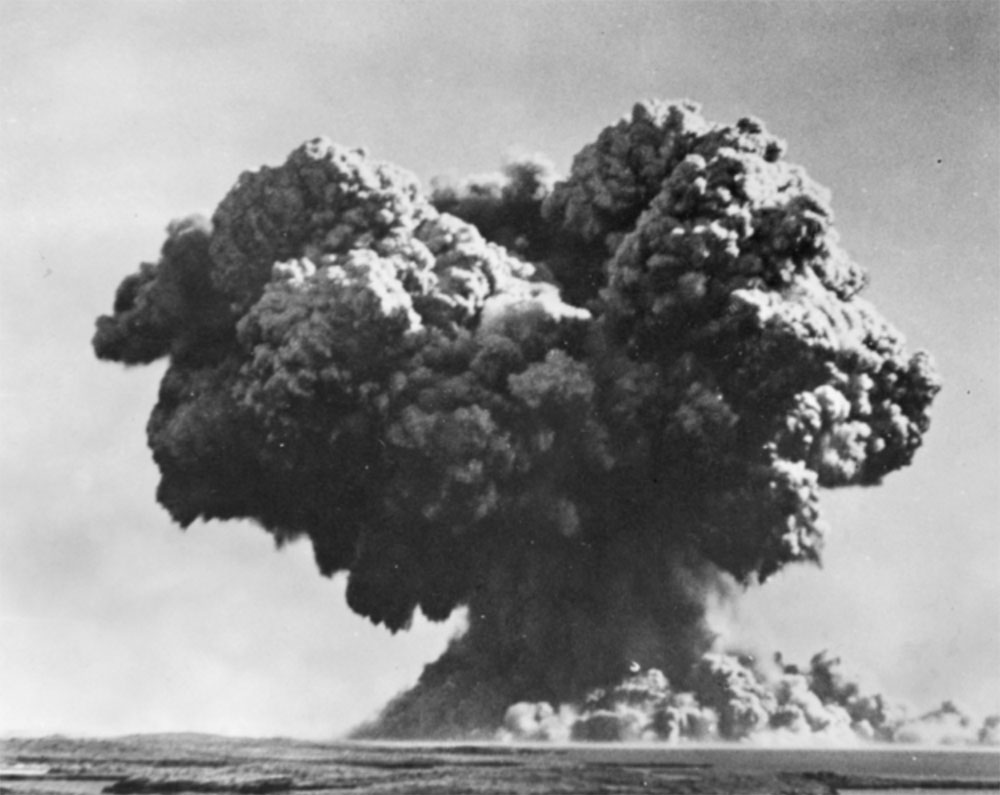 Britain developed its own atom bomb to remain a great power and avoid complete dependence on the United States, which was refusing to share atomic information. A secret cabinet committee discussed the question in October 1946, with Hugh Dalton and Stafford Cripps opposing a British bomb on grounds of cost. Ernest Bevin, however, was determined. ‘We have got to have this thing over here whatever it costs… we’ve got to have the bloody Union Jack on top of it.’ He got his way and the work went ahead. The decision was kept extremely quiet and most cabinet ministers, apparently, did not know of it. By the time the bomb was ready for testing, the Churchill government was in power.

In May 1952 Downing Street announced that the test would be conducted in the uninhabited Monte Bello Islands off the north-west coast of Australia by the Ministry of Supply and the three armed services in close co-operation with the government of Australia. The scientific director was to be Dr W.G. Penney, the ministry’s chief superintendent of armament research, a nuclear physicist who had worked on the world’s first atomic bomb in America. The Monte Bello Islands had already been declared a prohibited zone and ships and aircraft were later warned not to enter an area of 23,500 nautical square miles off the coast.

A combined British and Australian naval force of aircraft carriers, a destroyer, frigates and tank landing ships was assembled for the operation. Southerly winds were waited for, to avoid spreading radioactivity over the mainland, and various instruments and structures were set in place to measure what happened. The bomb was put in an anchored frigate, HMS Pym, and when it exploded at 8am local time on 3 October thousands of tons of rock, mud and sea-water were blasted into the air. The Pym herself was instantly vaporised except for a few red-hot bits that fell on one of the islands and started fires.

The Reuter’s correspondent in the small port of Onslow, 85 miles or so away, saw a brilliant flash followed by the appearance of a grey cloud, not mushroom-shaped, but looking like a ragged letter Z. After a minute the cloud was 6,000 feet high and after three it was a mile wide. Four minutes after the explosion there came a report like a thunderclap and a pressure wave that rattled the windows.

Dr Penney was knighted. Churchill reported to the House of Commons on 23 October that everything had gone according to plan and there had been no casualties. He congratulated the Labour Party on its part in a historic episode and added that ‘as an old parliamentarian I was rather astonished that something well over £100 million could be disbursed without Parliament being made aware of it.’