The Execution of the Earl of Essex

After a failed coup d'état against Elizabeth I, Robert Devereux was beheaded at the Tower of London on 25 February 1601 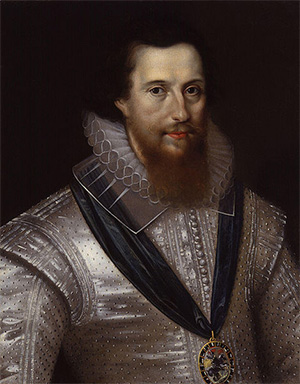 Robert Devereux, second Earl of Essex, was 34 years old when his head fell to the executioner’s axe. He had arrived at Elizabeth I’s court when he was hardly into his twenties. Tall and handsome, he was every inch the gallant young aristocrat – chivalrous, open-handed, cocksure and impulsive. The Queen, 33 years his senior, warmed to his charm and they danced and played cards together through the night. He served with the maximum of dash and the minimum of judgement on various military expeditions and was given lucrative offices and concessions, including the valuable monopoly on imported sweet wines, which became his main source of income.

Unfortunately, Essex was a peacock for vanity, fiercely jealous, easily offended and impatient of rule by a woman. One day in 1598 the Queen refused a request of his and he turned his back on her, an appalling breach of etiquette at which she boxed his ears. His hand went straight for his sword. Another courtier intervened and Essex stalked off swearing that he would not have tolerated such an insult even from her father, Henry VIII. Ladies of the court persuaded the Queen to forgive him and in 1599 he was sent to Ireland to suppress an uprising. He failed, blamed the failure on the machinations of his political enemies at home – who were certainly numerous – then defied Elizabeth’s instructions and returned to England to defend himself. At court it was feared that he intended a coup. He was put under house arrest and suspended from his official posts. Then his sweet wine monopoly was not renewed.

This was the unkindest cut. Beside himself with rage, Essex plotted to seize the Queen and take control of the government. Elizabeth and her right-hand man, Robert Cecil, waited patiently for the Earl to over-reach himself. Which he did on Sunday, February 8th, 1601, when he left Essex House in the Strand with more than a hundred men brandishing swords, and strode up Ludgate Hill into the City, calling on the citizens to rise in his support. The citizens very sensibly found other things to do and Essex retreated ashen-faced to Essex House, where he was besieged by soldiers sent to arrest him. He surrendered and was imprisoned in the Tower of London before being tried for treason on February 19th. He bore himself with disdainful pride and was duly found guilty.

Essex was returned to the Tower, where he begged to be executed privately, not in front of a mob on Tower Hill. This was granted and on the Wednesday morning he was taken out to the courtyard of the Tower, acknowledging with unaccustomed humility that ‘he was thus justly spewed out of this realm’. Watching was an old enemy, Walter Raleigh, whose own head would fall years afterwards. After lengthy prayers, Essex doffed his black cap and coat, revealing a scarlet waistcoat with long sleeves, placed his head on the block and spread out his arms to indicate he was ready. It took three strokes of the axe to sever his neck and the headsman held the head aloft by its long, fair hair, saying ‘God save the Queen!’ The messenger who took the news to Elizabeth at court found her playing the virginals. At the news she stopped and there was silence. No one uttered a word. Presently she began playing again. 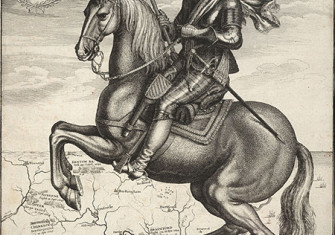