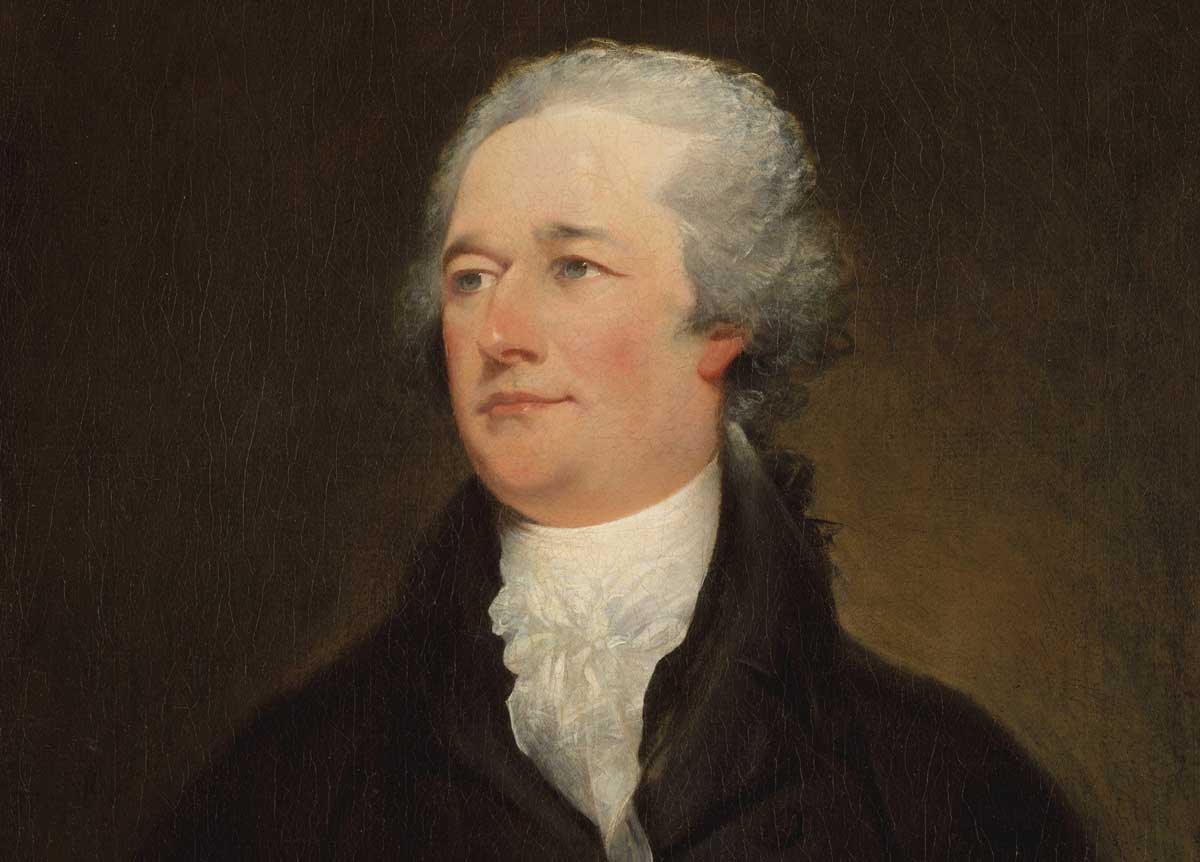 One of the heroic figures of American independence was born on the island of Nevis in the British West Indies in 1755 or 1757. He himself seems to have been confused about the year, but 1755 is currently considered the more likely. He was his parents’ second bastard son. His father, James Hamilton, was a Scot, the son of an Ayrshire laird. He had gone to the West Indies to make his fortune in business, in which he was singularly unsuccessful.The boy’s mother, Rachel Faucette, of French Huguenot descent, left her husband and their son in the early 1750s and went to live with James Hamilton. Her husband proclaimed her a whore and divorced her. The situation was not particularly unusual in the islands in those days, but Alexander Hamilton’s illegitimacy afterwards  embarrassed him and stimulated fanciful suggestions about his parentage, including the notion that his real father was George Washington, who was supposed to have encountered Rachel in Barbados.

James Hamilton and Rachel and their two boys lived on the Danish island of St Croix, but James left them in 1765, when Alexander was ten. Rachel died of a fever three years later, still in her thirties, leaving behind her a bed, two chests, thirty-four books, a dozen or so silver spoons, four dresses, two skirts and a black silk sun-hat.  She had supported herself by opening a provisions shop and hiring out her five female slaves.

Alexander became a ward of her family and seems to have largely educated himself (with the thirty-four books, perhaps). Sent to work in an export-import firm’s accounts department, he made such an impression that he was put in charge. He was phenomenally intelligent and fiercely ambitious and his abilities were spotted by the local Presbyterian minister, Hugh Knox, who raised money from some of St Croix’s wealthier men to send him to college in America, at Princeton. He passed the entrance exams, but decided that Princeton was not for him and instead went to New York City, to King’s College (now Columbia University). He never returned to the Caribbean and his subsequent allusions to his childhood were unsurprisingly cautious.

In New York Hamilton plunged into radical politics as the conflict between the American colonists and the British government drew to its climax. Still in his twenties, he was aide-de-camp to Washington in the Revolutionary War. He subsequently commanded a regiment with distinction, practised law successfully in New York City and was a delegate to the Constitutional Convention of 1787. Hamilton, who called the United States ‘a Hercules in the cradle’, believed in a strong central government and in curbing states’ rights. As first secretary of the treasury from 1789, he was the principal driving force of Washington’s administration and the creator of the US central banking system. He was not yet fifty when he died in 1804, after being shot in a duel.