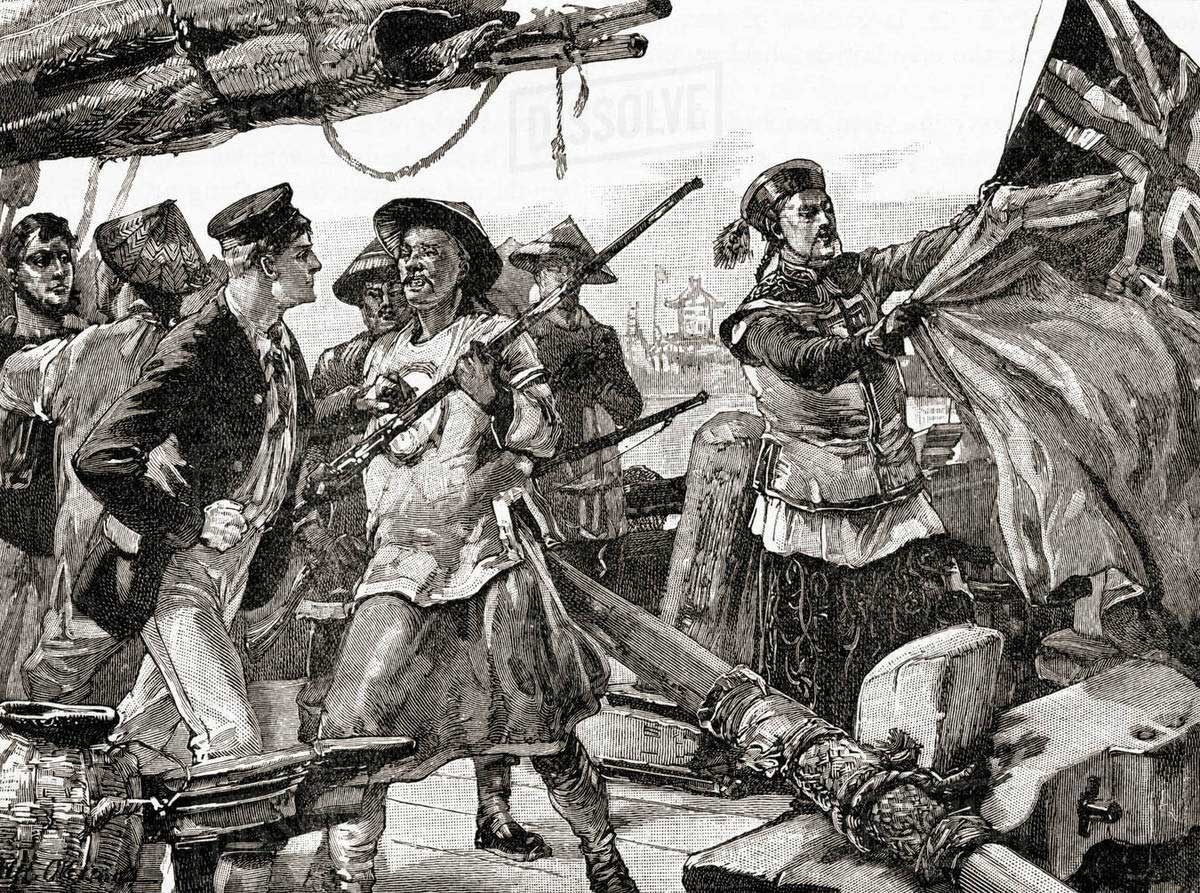 The outcome of the First Opium War had been a triumph for Britain, albeit one Gladstone described as ‘more calculated in its progress to cover this country with permanent disgrace’. It did not achieve Britain’s diplomatic and trade goals, however. To achieve these another war was needed and for that a casus belli. That came in the form of what must be one of the most dubious reasons for ever starting a war – the Arrow Incident.

To enable Chinese merchant ships to trade around the Treaty ports on the same terms as the Merchant Navy, the British granted flag rights to Chinese vessels at Hong Kong. Theoretically, a British-flagged Chinese vessel now came under British protection. So, when one such vessel, the Arrow, was seized by the Chinese authorities and its crew detained, Britain opened hostilities. Thus began the Second Opium War.

All was not quite as it seemed, however. The greatest outrage for the British press was not the seizure, but that the British captain reported the Chinese tore down and trampled the British flag. While British-flagged local ships all carried British captains, they were not required to be on board and were more for show than use. Thomas Kennedy of the Arrow was certainly not on board at the time his ship was seized. Nor was his ship British-flagged, as the registration had expired: it was officially Chinese and sailing under false colours. As for the crew, they were all released – bar three, who were held on piracy charges related to the Arrow’s former career.

Prime Minister Palmerston was keen to take military action, but was censured by Parliament for his war-mongering. Having just increased his majority after a snap election, though, he got his vote through, accusing the Whigs of being ‘unpatriotic’. In the ensuing war, Britain was joined by France, the US and Russia. It resulted in China’s surrender, the flight and subsequent death of the Xianfeng Emperor and the destruction of the Summer Palaces.