The World is Turning

Restoring women to history presents challenges – and some opposition. ‘Fed up with women’s lib being thrust at the public.’ This was a comment by a visitor to the We Are Bess exhibition at the National Trust’s Hardwick Hall, for which I was creative director and which I’ve mentioned before in this column. This rather curmudgeonly view is not shared by many: the vast majority of visitors have enjoyed it, thought it ‘interesting’, ‘moving’, ‘engaging’, ‘uplifting’; some 77 per cent so far say they would recommend the exhibition to others and 91 per cent feel that they learnt something new about the past or present. Many were delighted that the Trust had staged such a contemporary exhibition, which felt relevant and resonated with current issues. But this lone comment has stayed with me because it tells us something about the zeitgeist: both that ‘women’s lib’ or – more accurately – women’s achievements and lives – are something that many people are now interested in and that, for some, this feels like the lives of the other half are being ‘thrust’ upon them.

Consider many of the history books recently published or forthcoming. Hallie Rubenhold’s The Five: The Untold Lives of the Women Killed by Jack the Ripper has prompted enthusiastic reviews for shifting from a macabre fascination with the identity of a long-dead serial killer to revivifying the women who were his victims and searching out details of their lives, rather than ‘reducing [them] to footnotes’. Although their names have long been known, until now little beyond that has been: Rubenhold’s research findings include that four of the five victims were not, as the sexist bias of the Victorian police assumed, prostitutes at the time of their deaths (three never had been) and that all the victims were killed while they were sleeping, most of them homeless on the streets of East London. They were victims of poverty before they were victims of the ‘Ripper’.

Some hate this approach. On niche websites, self-appointed ‘Ripperologists’ have indulged in ad feminam attacks on Rubenhold for having the gumption to tell the women’s stories. (The most amusing line is the heinous charge of ‘demonising “Jack the Ripper” because it’s [sic] an easy target’.) But even some of the mainstream reviewers have implied that it’s not worth trying to write the histories of women about whom we don’t have copious amounts of documentation (better, one suggests, to have written it as a novel). This approach is alive and well in some sections of academia. Reader reports for a recent academic journal article suggested that it is unnecessary to name all the women involved in a history and that a piece lacks importance if it draws on a small sample. Small samples don’t work if you like your history quantitative and we should certainly prefer an analytical to an anecdotal approach, but the job of the historian is surely to animate the lives of those who have lived, rather than deny them a hearing and even a name. If we only drew on evidence for which we have large samples (read ‘about whom records exist’), we would only write histories of powerful white men.

Later this year, there’s a new book on Simone de Beauvoir coming out from Kate Kirkpatrick, Becoming Beauvoir, which, like Rubenhold’s work, similarly rescues Beauvoir from Jean-Paul Sartre’s shadow. She has long been subject to misogynistic analyses of her life and work and constantly belittled as Sartre’s disciple, as if she had no originality of her own. This important and invigorating new biography sets the record straight. Even in fiction we see this approach. Natalie Haynes’ new novel, One Thousand Ships, brilliantly tells the yarns of ancient Greek literature from the perspectives of the women who are usually just minor characters in the stories of men. It should come as no surprise to you that my most recent book, The Voices of Nîmes, too, tells the stories of ordinary women living 400 years ago, whose voices have hitherto been largely muffled by the sort of records available to the historian.

But like the anti-women’s libber, the Ripperologists, or those who want to only hear the history of the powerful, these new histories will upset some people. Fans of Jordan Peterson will probably not buy these books – but the tide of history is turning and one can either choose to sink or swim.

Suzannah Lipscomb is Professor of History at the University of Roehampton and author of The Voices of Nîmes: Women, Sex, and Marriage in Reformation Languedoc (OUP, 2019). 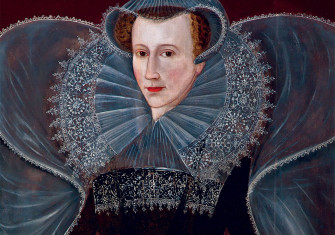 A Modern Queen of Scots 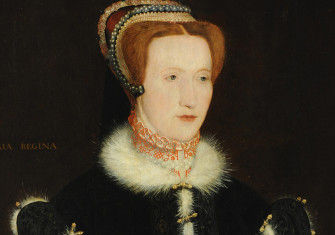 We Need to Talk About Bess