The Iranian Oil Fields are Nationalised

Richard Cavendish describes the events leading up to the nationalisation of Iranian oil fields on May 2nd, 1951. 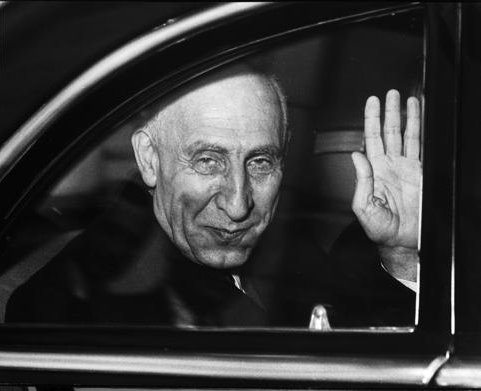 The Anglo-Persian Oil Company was established in 1909 to exploit the Persian Gulf oil field, which had been discovered the year before. The name was later changed to Anglo-Iranian. By 1950 the company had built the largest oil refinery in the world, at Abadan, and three major ports. It had drilled more than 450 wells, laid more than 2,000 miles of pipeline and constructed 1,500 miles of road as well as hospitals and schools for its employees. With demand for oil booming, Iran was now the fourth largest producer of crude oil in the world, with a six per cent share of world production. The company’s payments to the Iranian government had reached some £120 million.

At the same time, it was a foreign company, under British control. The British government owned 51 per cent of its shares and Britain had made more money out of Persian oil than Iran ever had. Mounting Iranian nationalism had been spurring demands for Iran’s oil business to be Iranian since the 1940s. Senior Muslim clerics began calling for nationalisation and the situation came to a head with the assassination in March 1951 of the pro-British premier, General Ali Razmara, in a mosque in Teheran. The next day, the oil committee of the Majlis, the lower house of the Iranian parliament, announced its intention to recommend the expropriation of Anglo-Iranian. Strikes and violent riots broke out in the oil field and when the new prime minister, Hussein Ala, made no move, the Majlis elected a shrewd demagogue and former government minister, Muhammad Mussadeq, as premier on April 28th.

Mussadeq had been busily  proclaiming that nationalisation of oil would abolish poverty in Iran at one stroke. He was in his seventies and the Western media made mock of his pyjamas and his proneness to tears and fits of hysteria, but the Majlis swiftly passed a proposal to take over all the installations  of ‘the late Anglo-Iranian Oil Company’ without compensation immediately. The Shah signed the necessary decrees on May 2nd.

The immediate consequence was that the Iranian oil business was brought to a standstill, as the Britons who operated the Abadan refinery left the country and the international oil companies, supported by the British and American governments, refused to buy or transport Iranian oil. This led to an economic crisis and a move against the Mussadeq government by the Shah in the summer of 1952, which was met by huge and violent demonstrations in July. Iran broke off diplomatic relations with Britain in October. Mussadeq was driven to ever wilder extremes and by August 1953 was proposing to abolish the Majlis and depose the Shah. The Shah fled the country, but a military coup backed by the American Central Intelligence Agency and British MI6 (Operation Boot) swiftly restored him to power and arrested Mussadeq. The oil situation was not resolved until late in 1954, when agreement was reached with the oil companies and the British, and the National Iranian Oil Company took over the industry.