How important is the study of the powerful, epoch-defining individual? 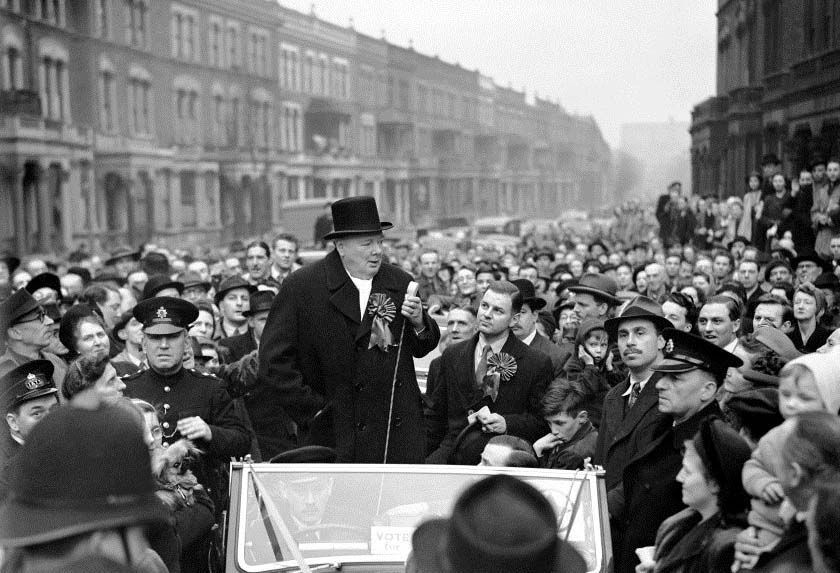 Diarmaid MacCulloch, Professor of the History of the Church, Oxford University and author of Thomas Cromwell: a Life (Allen Lane, 2018)

Having written a couple of biographies of Tudor chaps, I’m well-disposed to ‘Great Man’ history, or to de-gender the phrase appropriately for our age, ‘Big Beast’ history. Margaret Thatcher, love her or loathe her, was a Big Beast, in the ring with Chinggis Khan, let alone Cromwell or Cranmer. The assertion that individuals can single-handedly kick-start a radical change of direction in the tide of human affairs seems so obvious as to be hardly worth asserting: take away Chinggis and a good many people in medieval central Asia go on living a bit longer. Big Beasts are especially good at changing a general mood in society: Thatcherism broke or sorely damaged a British postwar bipartisan consensus about the value of the Welfare State, making it easier for successive governments, both Tory and Labour, to cut spending on social security, inuring us to the sight of young homeless on the streets. No doubt many always begrudged money wasted on the undeserving poor, but now they had been given permission to say so and encouragement to vote for politicians who said so. Newspapers, dependent on being alert to shifts in the public mood, could then merrily pile on the necessary bile. The present occupant of the White House did not invent racism or bullying rhetoric towards the weak and vulnerable, but he has shown a genius for creating a public climate in which a great many people can openly glory in racism and bullying.

Slobodan Milosevic had the same charisma: one person at a vulnerable moment in a society’s history can seize a mood and crystallise it, so that decent folk discover that they can behave in thoroughly reprehensible ways and, while the spell lasts, glory in their vicious folly. Such examples tempt one to modify the Big Beast concept into the ‘Right Bastard’ theory of history.

Yet once in a while, Big Beasts like a Nelson Mandela or a Desmond Tutu possess the charisma of making forgiveness the best public choice when the most likely option seems more mayhem. Two grown-up Big Beasts there: can we order one for the UK now, please?

Biographies of great men continue to pour from the press

Jane Ridley, Professor of Modern History at the University of Buckingham and the biographer of Edwin Lutyens, Edward VII and Queen Victoria

‘The history of the world is but the biography of great men’, said Thomas Carlyle. Today, Carlyle’s great man theory seems a piece of romantic claptrap. It’s interesting for what it tells us about Carlyle and his place in the history of ideas. But it is certainly not a working theory of history.

Great men are out of fashion. Digitised sources are allowing historians to excavate the lives of ordinary men and women – until now forgotten by history – in a way never before possible. History from below is booming. Yet biographies of great men continue to pour from the press – Thomas Cromwell, Louis XIV, President de Gaulle, Charlemagne, Hitler and Churchill (again and again) to name a few. What is the meaning of this paradox?

Biographies of great men sell. A new life of Churchill is far more likely to find its way onto the bestseller lists than a dry academic study of the politics of the Second World War. Biography breaks down the artificial compartments of the public and private life. A Churchill biography is enlivened by the relationship between Winston and Clemmie – something which would not be included in an academic monograph. Readers want to know whether Churchill drank white wine for breakfast and how many cigars he smoked. They are fascinated to learn about his financial incontinence.

Most biographies of great men are cradle-to-grave narratives – a form of biography which keeps the reader engaged like no other. But they shouldn’t be hagiography. The narrative arc of great men’s lives is often a story of triumph over adversity. You need the early, private life to explain how he/she made it to the top. Victorian biographies of great men were exemplary lives and often censored by the widow. Today’s great men bios are stories of flawed characters who succeeded in spite of themselves.

The biography of a great man doesn’t pretend to answer the why question. But it should tell us how the great man achieved things – and that remains an acceptable historical project.

The ‘Great Man’ idea of history incorporates at least three concepts: that history is made by individuals; that those individuals are mostly men; and that they are to be regarded as great – not just important but, apart from a few villains, admirable as well. The second and third concepts have rightly taken a knocking for some years now; the first retains its importance.

Historians are much more aware than they used to be of the role played by women, not just in society generally, but within areas of history, including politics, religion, science and even military history, from which it had long been assumed that they were excluded. More tenacious is the insistence that figures in the past should be revered as heroes or derided as villains. This has arisen recently in relation to the ‘statues war’ over controversial figures such as Cecil Rhodes or ‘Bomber’ Harris; it is also evident in the ongoing arguments for and against Winston Churchill. These rows underline the importance of individuals in history: campaigners against imperial or military statues tend to support the erection of monuments to other, more ‘acceptable’ individuals. This insistence on regarding people as heroes or villains is simplistic, even childish. It makes more sense to regard certain actions or moments, such as Churchill’s decision to fight on in 1940, as heroic (or villainous), without getting into sweeping statements about an individual’s whole life and career.

The Annales school and Marxist historians insisted on the importance of forces and classes, but events do shape history and individuals shape events. Disraeli’s opportunistic purchasing of shares in the Suez Canal had consequences in the Middle East well into the 20th century; it is hard to imagine Gladstone doing it. Personal relations do matter – Kennedy and Khrushchev; Marie Antoinette and Louis XVI; Chamberlain and Hitler. Some scoff at this ‘Cleopatra’s nose’ theory of history, but where power lies in individuals’ hands, those individuals matter. And so, sometimes, do their noses.

Most historians will end up taking a position of compromise

Does anyone still believe in the Great Man theory of history, except perhaps for Boris Johnson, who clearly wants us to believe in it, whatever he privately hopes and fears? The theory’s obvious problem is that it blatantly excludes not just women, but the billions of other men who have peopled this planet and without whom ‘history’ would not exist. The question raises philosophical issues of the individual versus the collective and freewill versus determinism and has often become an ideological shibboleth. But most historians grafting away in the archives will end up taking a position of pragmatic compromise, which acknowledges the power of individuals but makes sense of it through contextualisation.

As a literary biographer, my craft is predicated on the idea that significant individuals are worthy of study. Biography singles out ‘Great Men’ – or, in my case, as a biographer of the Brontës and Letitia Landon, ‘Great Women’ – because their contribution to culture changed the way in which people thought and wrote. However, I’ve tried to recast what biography does by emphasising the broader cultural and social perspective. Literary ideas always have a collective history, even if a writer of genius – to use a loadedly Romantic term – can twist them in a new direction. Although biography appears to single out the individual, it also demystifies ‘greatness’ by charting its circumstantial origins.

I’d be much more interested in exploring how Carlyle came up with his great man theory, given his own 19th-century context and personal background, than in applying it unquestioningly to history. His near contemporary, Karl Marx, produced a very different theory and that, too, would be fascinating to interrogate in terms of the conditions of its own creation, both personal and cultural.

Working with historical sources has made me more aware of the messiness of the human condition and the fact that no one is an island, as John Donne almost put it. Getting into those grubby complexities, rather than taking the high priori road of theory, is what history should be about. 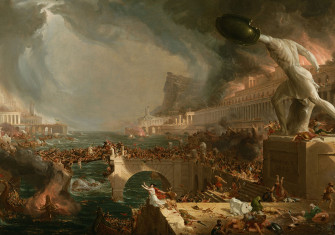