We know less about some periods than others, but the meaning of ‘Dark Age’ is multifarious and often loaded.

‘The Bronze Age came to a crashing halt around 1200 BC, thanks to a “systems collapse”’

James I. Porter, Author of Homer: The Very Idea (University of Chicago Press, 2021)

What makes an age ‘dark’? In a polarised world like ours, people are more likely to point to an impending dark age than to say that we are already living through one.

Ancient Greece has a ‘Dark Age’ on the books, though what this amounted to is hotly debated. The periodisation is not in doubt. The Bronze Age that preceded it came to a crashing halt around 1200 BC, thanks to a ‘systems collapse’. Across the Mediterranean, from Greece to the Levant and Asia Minor, palace civilisations were wiped out within a span of around a century, but for no obvious reason. Archaeology suggests a welter of causes: earthquake and fire storms, external invasions and massive climatic disturbances are all candidates, with natural disasters more decisive than man-made ones. At this point, the record goes ‘dark’. Knowledge of writing and other technologies all but disappeared. Palaces were abandoned, populations thinned and were redistributed through massive migrations, trade slowed to a trickle.

That said, the age cannot have been entirely ‘dark’. Life slowed, but it did not come to a halt. A half-millennium on, all that was lost was reborn in what is today called a renaissance. The Greek alphabet was invented in the early eighth century, infused with Phoenician syllabaries and scripts. By 700 BC Greece, along with the rest of the Mediterranean, was on a fast track to revival. The rest is history.

The Homeric poems, which are thought to have emerged around 750 BC, are a precious clue to the intervening darkness. They document the Bronze Age collapse: Troy was one of its signal casualties. They also tell us that the collapse was followed by a period of introspection. Greece looked inward and backward, reflecting on a vague memory of a once glittering and now traumatic past, but also outward, to overseas contacts. Greece’s apocalypse was behind it, not impending.

Perhaps the biggest lesson is that reflection on the past can be the prelude to a new future. The Greek ‘Dark Age’ is now known as an ‘Iron Age’, signifying a new metal and a reforging of culture. Dark ages do not last for long and they are never entirely dark.

No they aren’t. A ‘Dark Age’ implies the existence of a contrasting ‘Bright Age’ which preceded the darkness; that is simply not always the case. In the context of medieval Europe, the term is often used to describe the supposed decline of ‘civilisation’ that took place after the fall of Rome. Ireland was often portrayed as the sole, shining exception to this great cultural collapse, but this is far too insular an interpretation of the period. As we now know, the early medieval period was a time of exciting economic, social, cultural and religious activity, not only in Ireland. The idea of a ‘Dark Age’ is old-fashioned and incorrect.

In fact there are ‘Dark Ages’ which are not inevitable at all. There is a period in Irish archaeology known as the ‘Irish Dark Age’ or, more commonly, the ‘Iron Age hiatus’. The term alludes to a puzzlingly blank period that stretches from around 200 BC to AD 300, in contrast to well-evidenced periods both before and after. During this time there are very few traces of people’s domestic activity on the landscape. Instead, their efforts seem to have been focused on the construction of large ritual centres. These changes may have been a response to population decline and environmental factors, which caused a shift towards pastoralism from arable agriculture. Do such shifts in activity represent decline? We cannot simply correlate a dip in previously understood and measurable farming and domestic activities with concomitant and inevitable socio-cultural and economic collapse.

The Iron Age people of Ireland who carried out large-scale ritual activities at sites such as Emain Macha, a great wooden temple built in Armagh around 95 BC, cannot be meaningfully said to have lived in an inevitable ‘Dark Age’. They may just have found new ways to speak to their gods and farm their lands that we do not yet fully understand. What is true of the early medieval period is also true of Ireland’s ‘Iron Age hiatus’: huge changes do not necessarily equate to a period of decline.

‘The term “Dark Age” has lost any real historical referent; all that remains is the idea that some pasts are more backward than others’

The term ‘Dark Ages’ was invented to describe the early medieval period in Europe. Its invention is credited to Petrarch, for whom the post-classical period was ‘dark’ compared to the great ‘light’ of both classical antiquity and his own time, the Renaissance. But of course people living in Europe between the sacking of Rome and the invention of printing did not, for the most part, perceive their age as being particularly ‘dark’. There are exceptions – some critics have argued that the elegiac nature of Old English poetry stems from seeing the ruins of Roman Britain, a civilisation more sophisticated than their own. That said, medieval people who cared about such things continued to trace their legacy back to Aeneas and the founding of Rome. Their literature, historiography, art and architecture are strongly influenced by the classics.

Several recent works have debunked the term ‘Dark Age’ and have proposed instead a ‘Bright Age’ or a ‘Light Age’, showing the rich classical legacy – as well as the multiple inventions and achievements – of the early Middle Ages. So why does the term endure? ‘Dark Age’ (and ‘Medieval’) are still used to denote societies that are perceived as primitive, backwards or different – this language, along with the language of the Crusades, was bandied about on both sides after the 9/11 and 7/7 terrorist attacks on the US and London, for example. To construct our own time as somehow enlightened, we have to set it against a past – or those we believe are living in some kind of past – as a method of legitimation of our own moment. Thus ‘Dark Age’ has lost any real historical referent; all that remains is Petrarch’s notion that some pasts are more backward than others. The use of ‘Dark Age’ is another way for people or countries to construct their own superiority out of others’ imagined inferiority and their own unwillingness to acknowledge that the past may have been just as enlightened as we are.

‘Some feel a digital Dark Age is inevitable’

Histories have pinpointed a series of dark ages in the human past, where signs of a thriving population seem to disappear. While many historians have turned away from the term ‘Dark Age’, finding it misleading and inaccurate, the term lives on in a new kind of fear: a digital dark age.

If historical dark ages are created by a lack of sources, the digital dark age is the result of outdated file formats, rapid advancement in technology and the fragility of virtual documents. The signs of this kind of loss can be as simple as clicking a link that no longer leads anywhere, an experience known as ‘linkrot’. Some feel it is inevitable. But there are those who are seeking a possible solution for preserving our information into the future.

The Memory of Mankind project, for example, aims to sustain human knowledge through storing ceramic tablets in a salt mine in Austria. No digital technology means no digital decay. For the people who start such endeavours, history is the best teacher.

The Memory of Mankind project describes their ceramic tablets – on which are printed books, stories and memories – as ‘modern clay tablets’, inspired by those of ancient Mesopotamia, which have survived in their tens of thousands. However, the endurance of the Mesopotamian tablets is not due to the inherent resilience of clay. Many were fired and preserved as the cities in which they were stored burned to the ground. Some were hidden on purpose, squirrelled away as an enemy army approached. But most importantly, they were copied repeatedly. Much of ancient scholarship is available to us because scholar scribes viewed it as their duty to make copies of these texts, for themselves and for posterity. Projects that aim to go analogue in the face of digital loss are overlooking a very important human aspect of ancient preservation.

Dark ages themselves may not even exist. But, as we continue to focus on medium over human practice in conceptualising future dark ages, we will continue to think of a digital dark age as the natural progression of our current digital age. 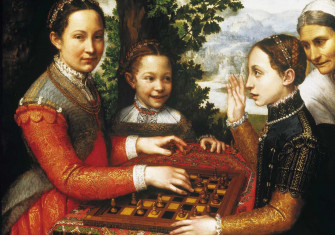 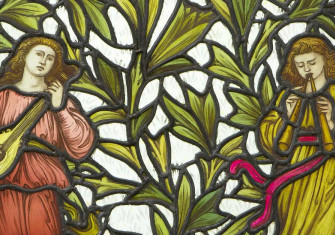