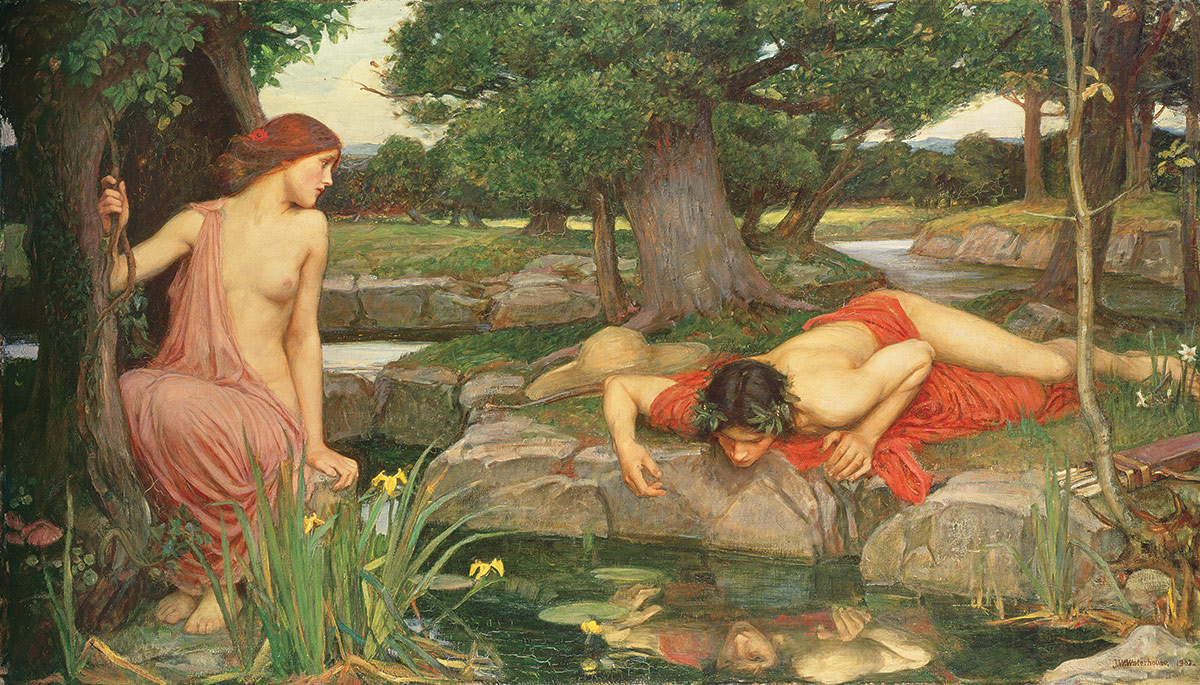 A cautionary Classical tale of solipsism and self-obsession.

Narcissus stares at his reflection, while his rejected suitor, Echo, looks on. The son of the river god Cephissus and the naiad, or nymph, Liriope, it was said that Narcissus would live to old age, if he never looked at himself. He had gained many female admirers, entranced by his beauty, but he rejected them all. One of them, Echo, was so upset by his rejection that she withdrew from the world to waste away. All that was left of her was a whisper. It was heard by the goddess Nemesis, who, in response, made Narcissus fall in love with his own reflection, at which he stared until he died. A narcissus flowered in his absence.

The story of Echo and Narcissus is best known from book three of Ovid’s Metamorphoses, a Latin narrative poem in 15 parts which emerged around AD 8, whose unifying theme is transformation. It chronicled more than 250 Classical myths and was a huge influence on Dante and Shakespeare. Though its influence waned after the Renaissance, it returned to inspire numerous 20th-century works of art and music, its warning of solipsism and self-obsession especially pertinent in an age of individualism.

John William Waterhouse was an English painter, born in Rome, who moved within the orbit of the Pre-Raphaelites, though he was more accurately a neoclassicist. He had a particular penchant for depicting scenes from Greek and Roman mythology in which young women featured – in 2018 his Hylas and the Nymphs (1896) was removed from public display in the Manchester Art Gallery to stimulate conversation, purportedly, about social attitudes to women. It has since been returned to the public arena. His Echo and Narcissus, a not entirely accurate rendering of Ovid’s account, can be found a little further west, in Liverpool’s Walker Art Gallery. 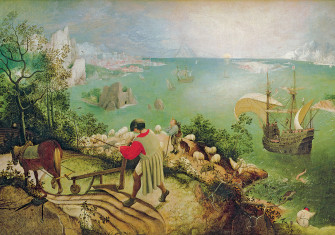 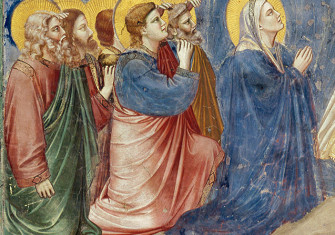