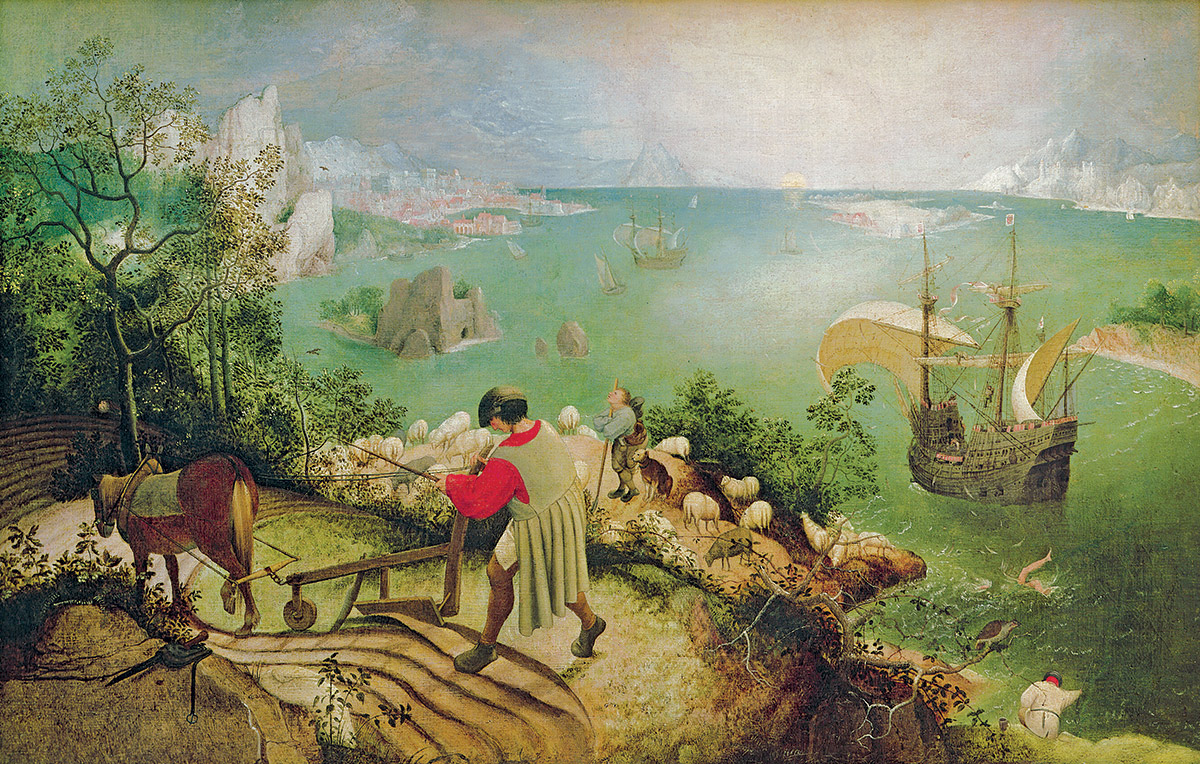 Landscape with the Fall of Icarus, attributed to Pieter Bruegel the Elder, c.1555.

In the first of a series on the myths and fables that inform the world’s civilisations, a tragic tale of hubris.

Daedalus, an Athenian craftsman, created the Labyrinth for King Minos of Crete. It was originally built to house the Minotaur, though Daedalus himself had been imprisoned within it for aiding his fellow Athenian Theseus in his mission to kill the monstrous half-man, half-bull. In order that he and his son, Icarus, could escape from Crete, Daedalus had fashioned wings out of feathers held together by beeswax. While escaping, Icarus ignored his father’s instructions to maintain a course between the heavens and the sea and flew too close to the sun. The wax melted, his wings collapsed and he fell fatally into the sea.

This ancient Greek myth was narrated by the Roman poet Ovid in Metamorphoses and has inspired numerous authors, including Shakespeare, Milton and James Joyce, whose semi-autobiographical character Stephen Dedalus features in Portrait of the Artist as a Young Man (1916) and Ulysses (1922). It is one of the classic accounts of hubristic behaviour; the phrase ‘to fly too close to the sun’ remains part of everyday speech, a warning against over-ambition and bravado.

This painting of the Icarus myth, attributed to Bruegel, inspired the poet W.H. Auden to write Musée des Beaux Arts after viewing it on a trip to Brussels in 1938. The poem is a profound meditation on how life continues even in the face of appalling tragedy, the individual but a scratch on the surface of history. Icarus, with just his flailing legs visible in the water at the bottom right-hand corner of the painting, is passed by an:

‘expensive delicate ship that must have seen
Something amazing, a boy falling out of the sky,
Had somewhere to get to and sailed calmly on’.