The First Book of Common Prayer 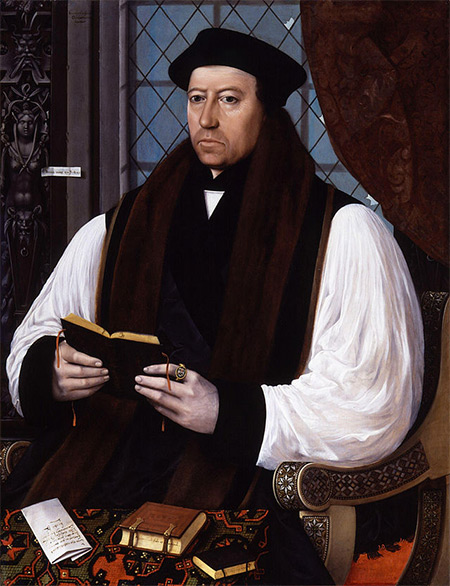 The Act of Uniformity passed by the House of Lords on January 15th, 1549, abolished the Latin mass in England. Prayers in English had already been included in the Latin services, and complete English services had been introduced at St Paul's and other London churches, but now for the first time the only legal services throughout the country were to be those in English provided in the new Book of Common Prayer, which was issued with the Act. With effect from Whit Sunday they were to supersede the old Sarum Use, the most widely used Latin liturgy in the British Isles, together with the York Use, the Hereford Use and minor variants employed in other dioceses and cathedrals. The new book was approved by a committee of thirteen clerics who had met during the previous September and October. It was drafted by Thomas Cranmer, who had been working privately on a new liturgy for several years and whose prose has been one of the glories of the English language ever since.

Cranmer, who was sixty in 1549, had been Archbishop of Canterbury since 1533, when he was appointed by Henry VIII at the prompting of Anne Boleyn. A quiet, calm, courteous man of scholarly bent, liked by almost everyone who knew him, he was no zealot and he spent less than a quarter of each day on running the Church of England. Three-quarters of his day was given to private work and study, and he kept time also for riding, walking, shooting and playing chess. The gateway to Protestant reform had yawned open when Henry VIII died in 1547, to be replaced by the nine-year-old Edward VI, with government in the hands of the Duke of Somerset as Protector. Under pressure from hawkish Protestants, crucifixes and images of saints were taken from churches, communion was administered to the laity in both kinds - the bread and the wine - masses for the dead were banned and the clergy were allowed to marry (Cranmer himself had married in 1532 while clerical marriage was still illegal).

Cranmer's new prayer book was based on the Sarum Use, but was influenced by German Lutheran services. The eight daily observances of medieval tradition were blended into mattins and evensong. Much was retained from the Roman Catholic mass, though how much, exactly, was then and still is a matter of dispute and historians have disagreed ever since over just how Protestant the book was or even if it was Protestant at all.

The disagreement is testimony to the book's qualities as an attempt at compromise between the Catholic and Protestant positions. Inevitably, both sides disliked it. The abolition of Latin upset conventional English people, and there was too much compromise for the tougher Protestants, especially as the country's staunchest conservative, Bishop Stephen Gardiner of Winchester, announced from his confinement in the Tower of London that the new rites were Catholic enough to be tolerated. This was a red rag to the Protestant bull.

Cranmer produced a new and more radical Protestant prayer book in 1552, whose subsequent vicissitudes echoed the conflicting tides of opinion within the Church of England. It was revised in a more Catholic spirit in 1559, to be succeeded eventually by the 1662 Anglican prayer book, more Catholic still and the familiar one which has lasted down into this century. 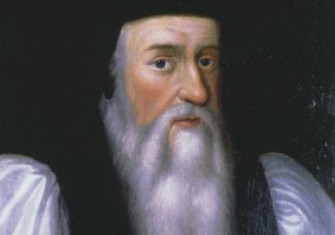 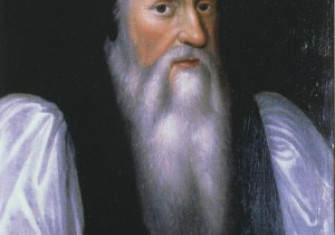