Diarmaid MacCulloch reflects on the 'after-life' of Henry VIII's archbishop, burnt at the stake as a Protestant martyr under Mary. 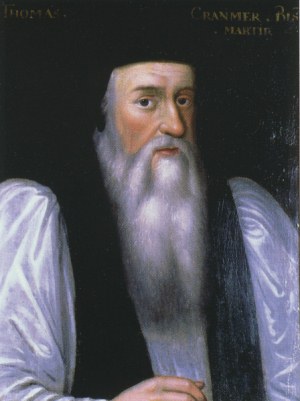 Archbishop Thomas Cranmer died at the stake in 1556, a martyr for the English Reformation; but did he die a martyr for the Church of England or for Anglicanism? If we examine Cranmer's career after he parted company in the early 1530s with the Catholicism of his first forty years, we find a man of international perspective, who sought to move England into the path of the wider European Reformation: in particular towards the Reformations to be found in the churches of south Germany and Switzerland. After Cranmer's death, most of these churches would be labelled 'Calvinist' or 'Reformed'. He would not have recognised these descriptions, but if he had lived, it is very likely that he would have done his best to take the English church in the same direction.