In 1074 the population of Constantinople looked on aghast as the town of Chrysopolis (modern Üsküdar), just across the Bosporus, was put to the torch. The Byzantine Empire had been through a great deal over the previous decade, which had seen Turkic bands carve up much of the old imperial heartlands of Asia Minor. Now it seemed as if the capital itself would fall. But the man responsible was no Turkish sultan or atabeg. It was Roussel de Bailleul, a Norman adventurer who had begun his career in Byzantine service. 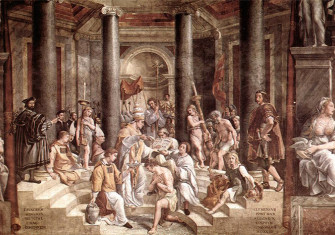 The Legacy of Byzantium