Holy Women and the Rise of Royal Power in France As flames roared through the roof of Notre-Dame on 15 April 2019, onlookers struggled to express why the spectacle seemed so shocking. The sense of loss was rooted in history, but what history exactly? Commentators on French television spoke of Charles de Gaulle’s funeral and Napoleon’s coronation, but the minds of medieval historians flew back to the century between 1160 and 1260, when the cathedral’s construction paralleled the rise of the French monarchy. On 17 April, amid relief that medieval masons and modern firefighters had done their jobs well, the New York Times ran a story entitled ‘The Chaplain, the Cathedral Fire and the Race to Rescue Notre-Dame’s Relics’, detailing how the chaplain Jean-Marc Fournier had helped to locate the Crown of Thorns and save it from the flames. Many non-French readers, however, must have been perplexed: how did this relic of Christ’s Passion come to be in Paris in the first place? In fact, Louis IX bought the Crown in 1238 and, over the next decade, built the stunning Sainte-Chapelle to house it in the heart of Paris. Only after the French Revolution did the Crown move 500 metres eastward up the Île-de-la-Cité to the treasury of Notre-Dame. Its unexpected appearance in 21st-century headlines reminds us that the 13th-century kings of France built their rapidly expanding power on such symbols of divine favour. 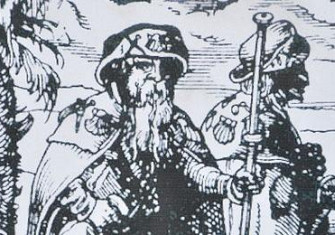 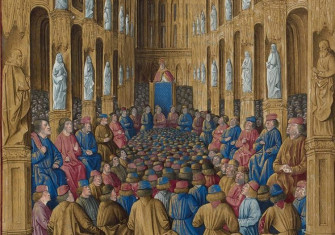