When the Prophet Muhammad died in Medina in the year 632 of the Christian Era, he was the most powerful figure in Arabia. His closest male relative was his cousin Ali ibn Abu Talib, the son of Muhammad’s uncle. To rescue him from poverty, Ali had been brought up in the Prophet’s household from boyhood and he later married Muhammad’s daughter Fatima. Now about 32, he may have been considered too young to succeed Muhammad. The inner circle in Medina chose Abu Bakr, the Prophet’s father-in-law and one of his oldest friends and allies, as caliph (in Arabic khalifah, ‘successor’ and ‘representative’). He died two years later.

It was under the next two caliphs, Umar and Uthman, both of them closely personally connected with Muhammad, that Islam started its triumphant march out of Arabia into the wider world. Arab armies conquered Egypt, Palestine, Syria, Iraq and Persia and penetrated along the North African coast. Caliph Uthman was killed in 656 by mutinous troops in Medina, who offered the caliphate to Ali. After some hesitation, apparently, he accepted.

The result was war between Ali and his opponents, who were enraged by his failure to punish Uthman’s killers and suspected him of involvement in the murder. They included Muhammad’s widow Aisha (Abu Bakr’s daughter) and Uthman’s cousin Muawiyyah, who was governor of Syria. Ali won the battle of the Camel, so called because it raged around the camel Aisha was riding, but in 657 the contending armies fought each other to a standstill in Syria at what is now Ar-Raqqah until, in a famous episode, Muawiyya’s men fixed copies of the Koran to their spears and cried out to let God decide. Ali’s army agreed and he had to accept independent arbitration. The panel of arbitrators ruled against Ali and Muawiyya claimed the caliphate for himself.

Ali, who had moved his capital to Kufa in present-day Iraq by this time, refused to accept the decision. A group of puritanical Muslims called Kharajites (‘seceders’) now turned against him and one of them stabbed him with a poisoned sword when he went to pray at the Kufa mosque in 661. Ali died two or three days later. At his own request, it is said, his burial place was kept secret, but it is generally believed to have been in today’s Imam Ali mosque at Najaf in Iraq, near Kufa, which is a major place of pilgrimage.

These events created the division in Islam between the Sunni majority and the Shiites (pronounced She-ites, from Shiah i-Ali, ‘upholders of Ali’), who believe that the caliphate should have passed to the Prophet’s descendants by Ali and Fatima instead of to the Umayyad dynasty founded by Muawiyyah. The split has lasted ever since. 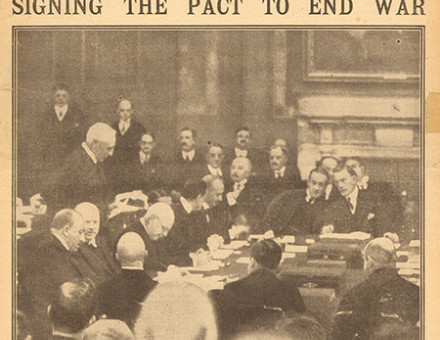 The Limits of Nationhood