The great Victorian engineer was born on 9th April, 1806. 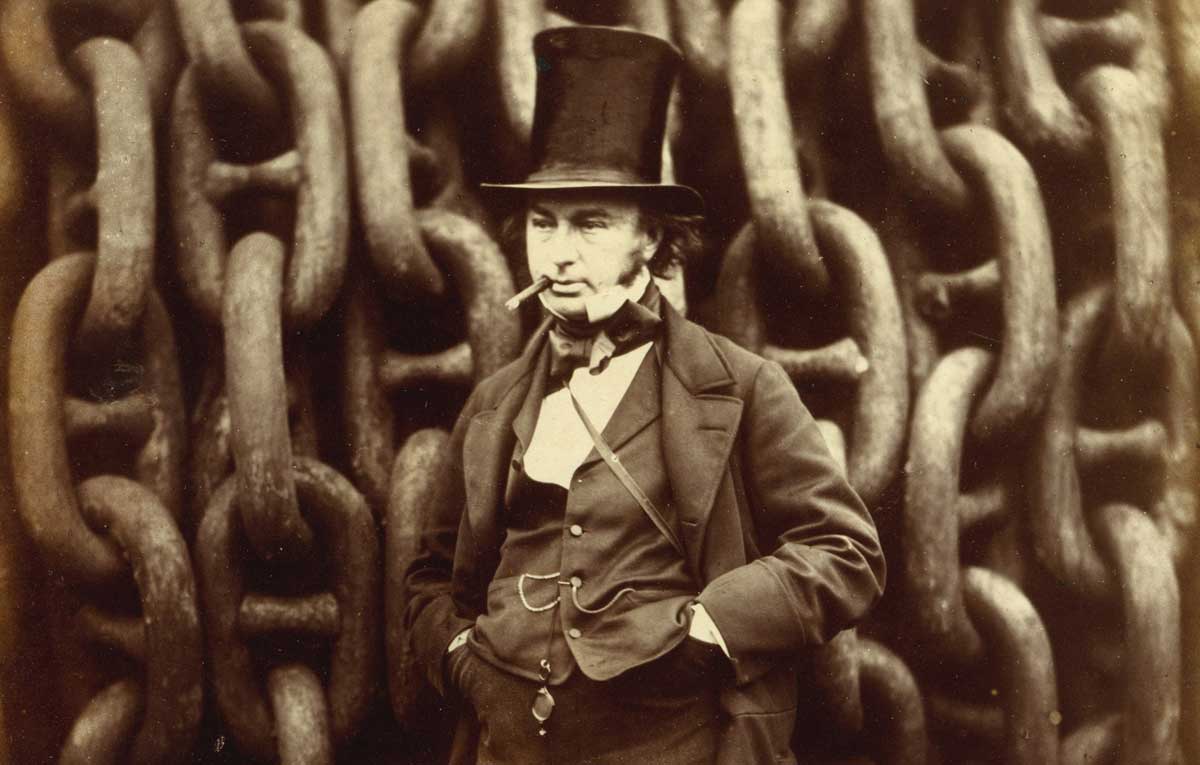 The greatest of the great Victorian engineers, and their most outstanding personality, was born at five minutes before one o’clock in the morning in a small house in the district of Portsea in Portsmouth. He was the son of a French émigré, Marc Isambard Brunel, a prolific inventor and engineer, and his English wife Sophia Kingdom. They already had two daughters, Sophia and Emma. The new baby was their last child and only son.

Marc Isambard Brunel had first met Sophia Kingdom in Rouen in 1792. The youngest of sixteen children of a naval contractor in Plymouth, she had been sent to France in her teens to learn the language. They fell in love, but Brunel was a known royalist and the following year he had to flee France from the Terror. He took ship for the United States and was eventually appointed chief engineer of New York City. Sophia meanwhile had managed to get back to England after being imprisoned in a convent. In 1799 he sailed to England to interest the British government in the machines he had invented for manufacturing ships’ rigging-blocks. A 74-gun warship needed 1,400 of these blocks, so a method of producing them quickly and cheaply was welcome and he was commissioned to instal his machines in Portsmouth dockyard. Meanwhile in November 1799 Marc Isambard and Sophia were married. He was thirty and she was five years or so younger. In 1802 they settled in Portsea to be near his work.

In 1808 the family moved to the village of Chelsea, on the Thames outside London. Young Isambard showed early signs of talent, guided by his father, who started him on drawing at the age of four and encouraged him to make accurate drawings of buildings, which developed his powers of observation and assessment. The boy began Euclid at eight and was presently sent to a boarding school in Hove. Lively and outgoing, he loved charades, swimming in the river and trips to London by boat. The family suffered financial ups and downs, and the elder Isambard would spend time in a debtors’ prison, but by then young Isambard had been sent to school in France, before being apprenticed to Louis Breguet, France’s most celebrated maker of watches, chronometers and scientific instruments. He had been given an effective preparation for the engineering profession, which then had no recognized training programme or formal qualifications.

Returning to England at the age of sixteen in 1822, young Isambard began work in his father’s cramped little office in the City. The older Brunel, who had designed machines for making army boots and, significantly, a tunnelling shield which made underwater tunnelling possible, was involved in projects ranging from suspension bridges and dock installations to a projected canal in Panama. Three years later he began his greatest undertaking, the construction of the first tunnel under the Thames, from Rotherhithe to Wapping. His son hurled himself into it with the superhuman energy and resourcefulness that would mark his whole adult life. He was lucky to survive the desperate moment in 1828 when the river broke into the tunnel and a massive wave swept along it. Six of the workforce were killed and young Isambard was badly hurt and took months to recover.

He went on to start a brilliantly successful separate career of his own and to create the Great Western Railway and the first transatlantic steamships. His father, knighted in 1841, died in 1849 at the age of eighty. The even more famous son lived on for only another ten years, to die at fifty-three in 1859. 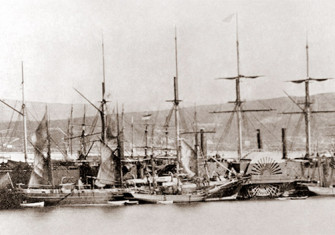 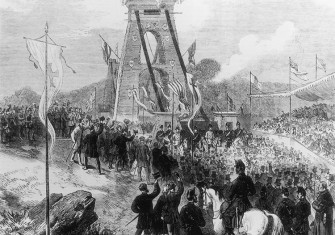