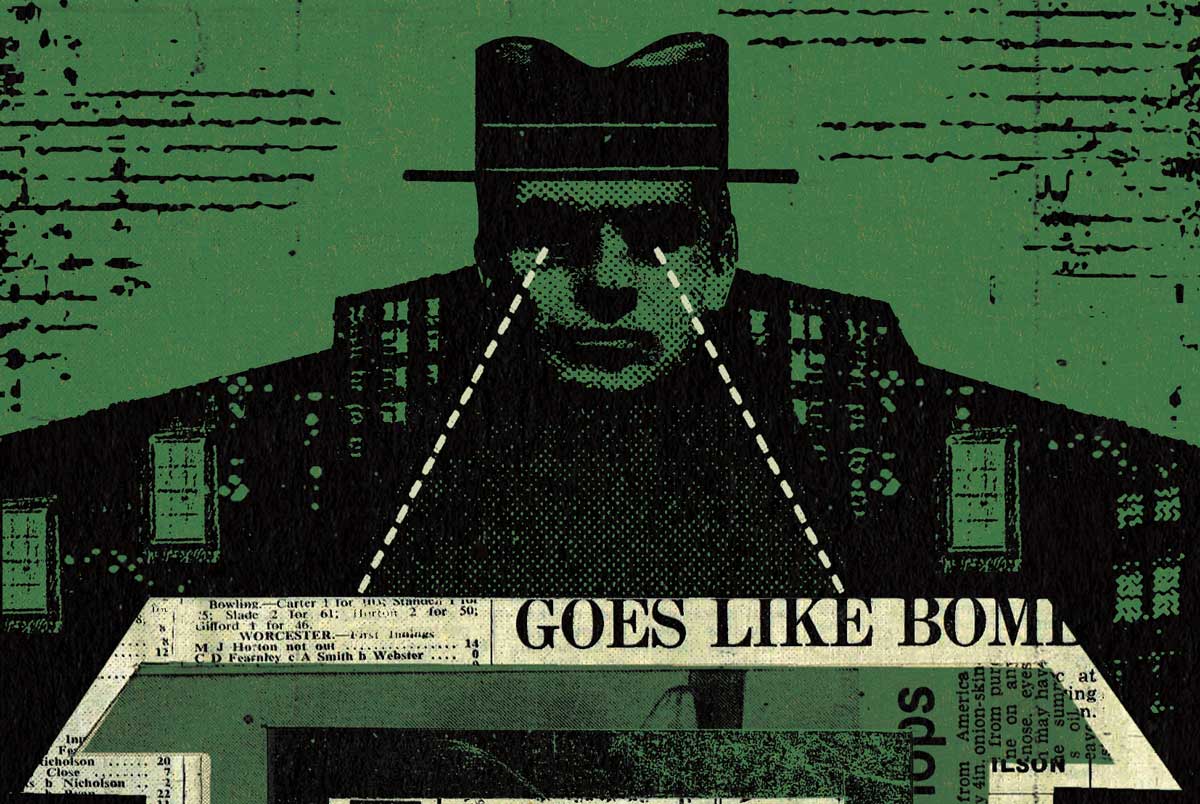 When one thinks about East Germany’s Ministry for State Security, or Stasi, images spring to mind of a ubiquitous, all-pervading secret police whose tentacles extended into every last nook and cranny of public and private life. For many, the word Stasi will doubtless conjure up pictures of Captain Wiesler seated in a dusty attic, headphones on, listening in to The Lives of Others in Florian Henckel von Donnersmarck’s eponymous film. Few people would draw any comparison between the so-called ‘Stasiland’ of East Germany and life in the United Kingdom today. Yet since the UK government introduced measures on 23 March to restrict movement and services to their essentials in order to combat the spread of Covid-19, the British press has evoked the Stasi in its reporting on life under lockdown. On 15 April, for example, a column in the Daily Mail warned readers that the ‘Lockdown Stasi are coming for you’. Two days later, the Guardian described ‘Stasi-style pap shots’ of shoppers buying non-essential items. On 19 April it was claimed in the Sunday Times that ‘the Covid-19 Stasi are everywhere’. Yet references to the Stasi in British newspapers are nothing new.

In the decade that followed Germany’s reunification on 3 October 1990, a plethora of articles about the East German state security service appeared in the British press. The nation’s broadsheets in particular published many pieces about the Stasi, covering subjects ranging from the opening of the ministry’s files in 1992 to revelations about prominent public figures who had worked as ‘unofficial colleagues’, the service’s euphemistic term for informers. The shocking scale of the Ministry for State Security’s infiltration of East German life – historians estimate that about one in six East Germans had been official or ‘unofficial’ employees –  was perfect fodder for newspaper editors looking for a sensationalist story. The Stasi quickly became synonymous with East Germany.

Articles in the British press about the East German political police peaked in September 1999 after a BBC2 documentary, The Spying Game, claimed that Dr Robin Pearson, a senior lecturer at Hull University, had been recruited by the Stasi in the late 1970s to inform on students and colleagues. The story received extensive coverage in the Daily Mail, the Mail on Sunday, the Guardian, The Times, the Sunday Times, the Independent, the Observer and the Daily Mirror. Further revelations led the Independent to report that British universities were ‘riddled’ with former Cold War spies.

Not long after the Pearson story broke, an interesting development took place with regard to mentions of the State Security Service in the British media. Journalists, particularly those of the conservative press, began to reference the Stasi more and more in pieces that had nothing to do with East Germany. In 2000, a columnist in The Times accused the Labour government’s National Family and Parenting Institute of wanting to create a ‘Stasi of mums’ after it advised parents to look for signs of child abuse in other families. Also in 2000, a journalist at the same newspaper warned that the government’s plan to allow corporations to read employees’ emails risked creating a ‘Stasi-like system of cyber informants’. Such references are significant. They reveal that the media were confident that the Stasi was now anchored in the British public consciousness as a byword for oppressive or intrusive behaviour by authority.

In its reporting since 2000, the British press has expanded the remit of the Stasi. In East Germany the service was responsible for the identification, tracking and eradication of political opponents. For this reason it was known as the ‘Sword and the Shield’ of the ruling Socialist Unity Party. British journalists have, however, referred to the Stasi whenever they have perceived that the powers of the state are infringing upon citizens’ rights to act as they please. The range of contexts in which such a Stasi reference has been made is quite astonishing, from attempts to ban smoking in public places to regulations to prohibit the collection of pebbles from public beaches. Efforts by local councils to ensure that residents do not overfill their bins and also put them out on the correct collection day have been repeatedly referred to as the ‘tactics of the bin Stasi’. The Stasi were certainly interested in the content of the bins of potential political opponents, for subversive notes and messages may just have found their way into a careless person’s refuse. But the State Security Service was not at all concerned if a dustbin was too full.

Journalists have, however, not limited their application of the term Stasi to attacks on perceived restrictions imposed by the British state. Any kind of act which a journalist regards as an attempt to restrict freedom is liable to receive the Stasi treatment. Thus student unions’ practice of ‘no platforming’ right-wing speakers has led to references to ‘the student Stasi’. Moreover, criticism in 2020 of minister Michael Gove’s bookshelf, which was visible during a TV interview and displayed a copy of The Bell Curve as well as a book by David Irving, was dismissed as the actions of the ‘bookshelf Stasi’. 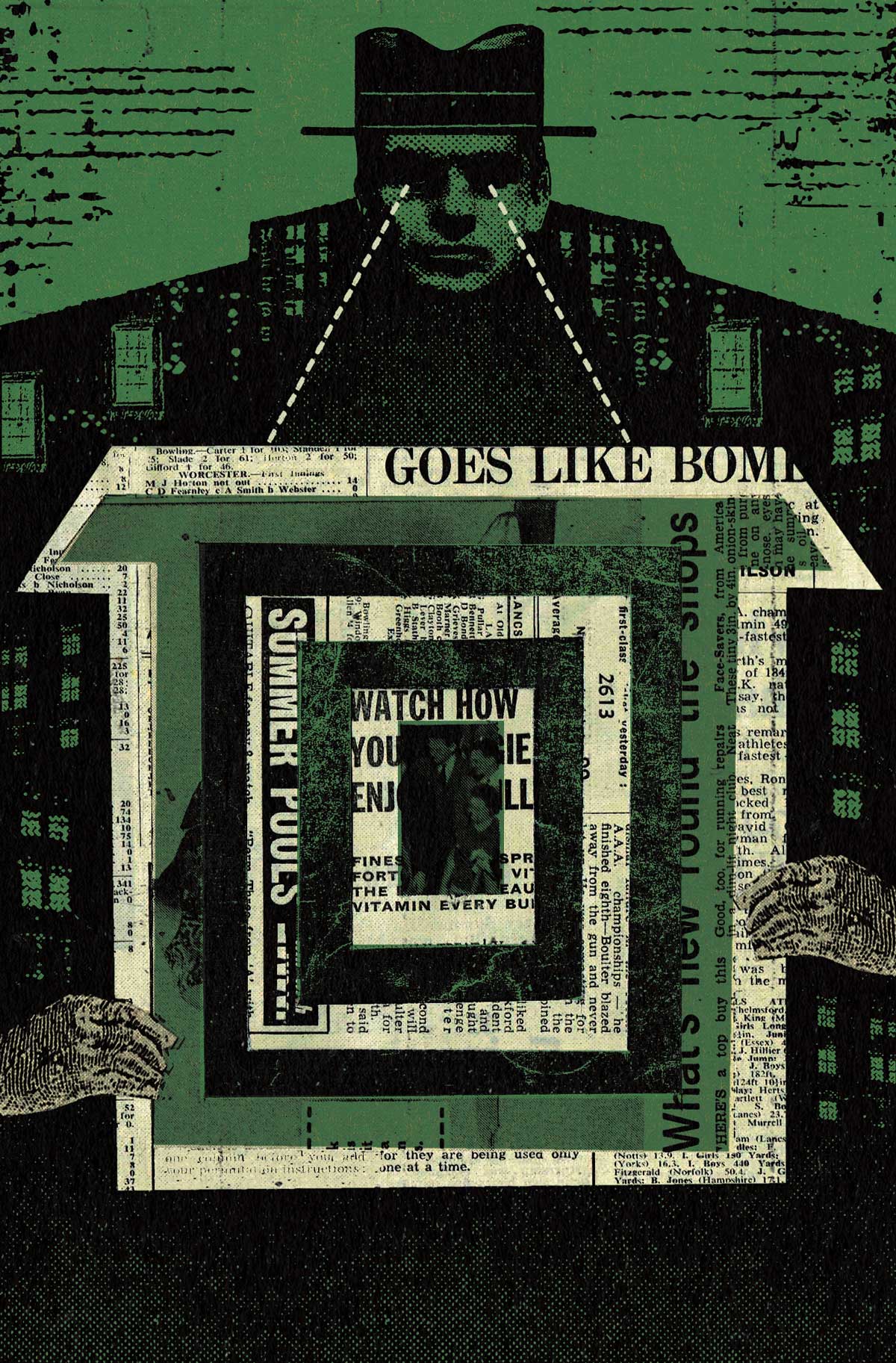 British newspapers have also often referred to the Ministry for State Security in their reports of citizens informing on each other. This sort of thing definitely did take place in East Germany. By 1989, the Stasi commanded an army of approximately 189,000 informers among its citizenry. East Germans informed on friends, colleagues and even spouses, as was the case for opposition activist Vera Lengsfeld, whose husband reported on her activities for several years. In 2008, the Daily Mail predicted a similar sort of situation in the UK if then Home Secretary Jacqui Smith’s plans to give some policing powers to people such as security guards or park wardens were implemented. It reported that the initiative would ‘set neighbour against neighbour’ and create what it called ‘Smith’s Stasi’. Eleven years later, the Mail on Sunday lambasted the ‘Stasi-like attentiveness’ of the neighbour who had reported Boris Johnson’s domestic dispute with his partner, Carrie Symonds, to the police.

We’ve got a file on you

Perhaps unsurprisingly, mention of the Stasi has frequently cropped up in stories about the collection of British citizens’ data. The extent of the Stasi’s records on ordinary East Germans is well known but still has the power to shock. The service held files on approximately 5.6 million people. If these files were to be placed upright in one continuous back-to-back line they would run for 69 miles. In 2004, The Times reported on the threat of ‘Stasi-style snooping’ if government plans for identity cards and an accompanying population register were given the green light. Five years later, the Daily Mail reported on a similar EU identity card scheme and register. In this context it warned of the creation of a ‘euro-Stasi’. It is not just the data gathering of political institutions which has been compared with what the Stasi undertook. In 2007, the Mail on Sunday claimed that Google’s harvesting of user data was leading to the ‘Stasification of global life’.

It is clear that when it comes to reporting on anything that might impinge on citizens’ freedoms or private lives, the Stasi has captured the imagination of the British press like no other secret police past or present. But why? Given the prominence of the Second World War in the British public’s historical consciousness, why not refer to the ‘Lockdown Gestapo’?

The reason is perhaps that – thanks to historians, journalists and filmmakers – the Stasi is most famous for its massive and sinister intrusion into the lives of others. It is entrenched in the popular imagination as the ultimate Big Brother-style covert data-gathering organisation. It is for this reason that journalists evoke the Stasi when they feel that a government or some other organisation is overstepping the boundary between public and private life in its quest to find out who you are and what you are up to. As William Rees-Mogg wrote in the Mail on Sunday in 2007:

I know of only one earlier institution that has aimed at such a complete acquisition of human information in the manner of today’s governments and Google. Not the Gestapo, which, in retrospect, looks amateur, nor even the KGB, which spent much of its time purging itself. It is the East German Stasi, which combined recording every detail of citizens’ lives with recruiting many of the citizens into its own ranks.

Richard Millington is Senior Lecturer in German at the University of Chester. 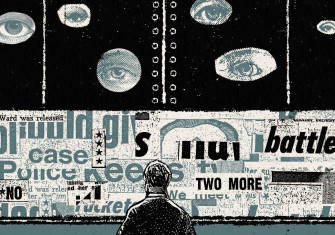 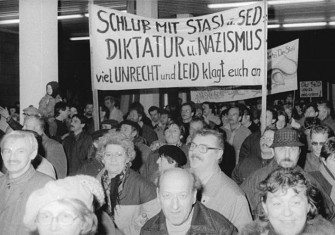 The Private Side of German Reunification