Does the death of French medievalist Jacques Le Goff mark the end of an era in historical scholarship, asks Alexander Lee. 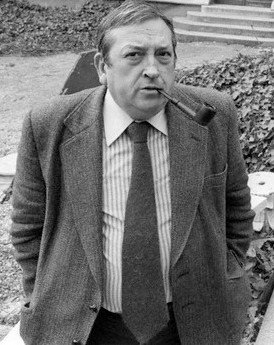 It is not without reason that Peter Burke has described the Annales School as the harbingers of a ‘French Historical Revolution’. Established by Marc Bloch and Lucien Febvre in 1929, the journal from which it takes its name effected a genuinely revolutionary transformation in the way history is studied. Although it had until then been common for scholars – especially those working at the Sorbonne – to view the past through the lens either of political institutions, constitutional changes and intermittent conflicts, or of a pseudo-Marxist historical dialectic, those who rallied to Annales were committed to an entirely different approach. Rejecting the primacy of ‘events’, it instead set out to explore the long-term evolution of the socio-cultural structures that underpinned the rapidly-changing phenomena with which historians had previously been obsessed. As Bloch had argued even before founding the journal, this pursuit of ‘mentalités’ in the longue durée entailed an engagement with a number of other disciplines, many of which were only just beginning to assert themselves as distinct fields. Anthropology, ethnology, geography, and even psychology were brought into play and applied to ever more inventive forms of analysis. Ranging in scope from highly-localised studies of individual towns and regions to sweeping histories of immense areas, the works of the Annalistes drew evidence that went far beyond the ‘cult of the document’ indulged by more traditional scholars – including everything from the ritualism of ‘popular culture’ to weather and the environment – and thereby edged with increasing confidence towards an histoire totale of man and civilisation.

From its earliest days the Annales approach spawned studies which remain classics to this day and Bloch’s Les Rois Thaumaturges (1924) and La Société Féodale (1939-40) stand out as particularly pertinent examples. It was, however, only when Bloch and Febvre passed the baton over to later generations of Annalistes that the full potential of their innovations was made apparent. The appearance of Ferdinand Braudel’s magisterial La Méditerranée et le Monde Méditerranéen à l’Epoque de Philippe II (1949) marked a watershed and it is a rare historian today who has not glanced through its pages to find himself feeling a little like Keats on first looking into Chapman’s Homer. But while it is easy to believe that the superstar Braudel paved the way for the Annalistes’ triumphal entry into the scholarly mainstream, it was the more unassuming Jacques Le Goff who – more than anyone – was responsible for bringing the Annales School into the historical limelight.

A Toulousain medievalist who had been seduced by the rich, complex history of late antique and medieval Italy, Le Goff succeeded Braudel as the head of the École des hautes etudes en scienes sociales (EHESS) in 1972 and took over as an editor of Annales at roughly the same time. He was confronted with a daunting task. When he stepped into his role as unofficial curator of the school’s fortunes, the Annalistes were at a low ebb. In France itself the approach seemed to be on the wane. Since the early 1950s many were of the opinion that the school had lost both its intellectual energy and its sense of direction. It was under threat. By the mid-1960s French structuralist anthropology – spearheaded by Claude Lévi-Strauss, Louis Althusser, and Michel Foucault – had begun to gain ground as a rival discourse, and used what purported to be a ‘scientific’ methodology to encroach upon the territory which the Annalistes had previously claimed for themselves. Outside France the Annales School was faring no better. Far from receiving the approval of the wider scholarly community, it was, in fact, far from popular. Especially in Britain, a great many historians were sceptical of the theoretical underpinnings of mentalités and were wary of the breezy insouciance with which documents and events were pushed aside in favour of less tangible sources and themes. With the possible exception of La Société Féodale, the Annalistes’ books were received with coolness and even derision well into the 1960s. Geoffrey Elton, in particular, was markedly critical of Braudel’s masterwork. While admiring of some aspects of the text, Elton denied that the Annales approach had any future. ‘In many fields of history,’ he claimed in The Practice of History (1967), ‘it is either clearly insufficient or has already done its work.’ More savage still were those reviewers of La Méditerranée et le Monde Méditerranéen who attacked the ‘intensely irritating Annales style’ and “the esoteric jargon which sometimes suggests that the authors … are writing only to be understood by each other’. Oblivion seemed to beckon.

Unlike old soldiers, however, historians are not content simply to fade away. Though personally rather modest and reserved, with only a handful of now-forgotten publications to his name, Le Goff swiftly revealed himself to be a scholarly prize-fighter and almost immediately launched on a campaign to restore Annales’ fortunes. Together with Pierre Nora – an ‘historian of the present’ – he published Faire de l’Histoire (1974), a massive, three-volume work with contributions from an array of scholars at the EHESS and the Collège de France. The first systematic attempt to define what it meant to be an ‘Annaliste’ in the second half of the 20th century, it consciously designed to serve as a manifesto for a revivified Annales School that could be read and understood even by the layman. Divided into sections on ‘new problems’, ‘new approaches’ and ‘new objects’, it did not so much innovate, as illustrate the enduring relevance of the Annalistes’ mode of writing history. Casting themselves as the proponents of a nouvelle histoire, Le Goff and Nora held out an olive branch to doubters and structuralists by showing how Marxism, linguistics, and ‘events’ could be re-integrated into the historians’ task while remaining true to the spirit of Annales, and in setting out to ‘illuminate what is left to do’, endeavoured to respond constructively to their harshest critics.

The tide began to turn. Thanks to Faire de l’Histoire, the status of the Annales approach gradually started to improve, even in previously sceptical Britain. By the mid-1970s scholars such as Peter Burke were recognising the power of the nouvelle histoire and applying it to their own research. Burke’s landmark study of Popular Culture in Early Modern Europe (1978) was, for example, clearly inspired by the Annalistes, and the admiration which even the arch-Marxist Eric Hobsbawm expressed for their work served to demonstrate the extent to which Le Goff was bringing Annales in from the cold just as the Cold War was thawing.

But Le Goff did not stop there. Having set out his stall in Faire de l’Histoire, he began to put the nouvelle histoire to work in a series of studies which showed that the Annales spirit was still alive and kicking. In true Braudelian fashion he turned first to the largest of large subjects, and reanimated the longue durée. Building on his seminal La Civilisation de l’Occident medieval (1964) in Pour un autre Moyen Âge: Temps, travail et culture en Occident (1977) and several later works, including, most recently, Un long Moyen Âge (2004), he argued that the ‘Middle Ages’ – a term which he disliked – should be thought of not as a hinterland existing ‘between’ other, more dramatic periods, but as a distinct form of civilisation extending from late antiquity well into the early modern period, and extended Charles Homer Haskin’s study of the ‘Twelfth-Century Renaissance’ to apply to a much wider range of socio-cultural phenomena. But his erudition and intellectual originality were even more evident in his application of the nouvelle histoire to fields previously neglected by the Annales School, such as biography and religious history. His studies of St. Louis (1996) and St. Francis (1999) were landmarks in their own right, but his most dramatic contribution to scholarship was perhaps La Naissance du Purgatoire (1981), a lively and wide-ranging work which served to demonstrate that the idea of Purgatory as a distinct ‘place’ comparable to Heaven and Hell was ‘born’ with the 12th century fusion of folklore and theology, before reaching maturity under the influence of the scholastics. This innovative use of popular culture to uncover the roots of a central idea in the religious thought of the Middle Ages was firmly within the Annales tradition, but extended the boundaries of the Annalistes’ approach in such a way that its broader potential as an historiographical methodology was almost beyond question.

By showing how it could be applied meaningfully to transform perceptions of major problems in the study of the past, Le Goff ensured that the Annales School had an enduring relevance for historical scholarship. Thanks to works such as La Naissance du Purgatoire and Pour un autre Moyen Âge, its influence both in medieval studies and more widely has become palpable. Not only are undergraduates now introduced to the Annalistes’ ideas as a matter of course, but the scholarly value of such topics as popular culture and environmental history is also appreciated by historians around the world, especially in those regions (such as Britain and the US) which were previously most hostile to the Annales approach. And it was only right that by the time of Le Goff’s death on April 1st, 2014, he had been elevated to the pantheon of modern historians.

But if Le Goff’s contribution should be celebrated for having resurrected the Annales School from its mid-century Purgatory, his death is also an occasion to reflect once again on the future of the nouvelle histoire. While it may be true that few scholars now doubt the merit of the approach he pioneered, it is striking that the grand vision which marked both his work and that of his most eminent colleagues has perhaps not survived the test of time as well as it might. There are, of course, a vast range of studies which openly acknowledge the debt which they owe to the Annales tradition, but the majority of these works have succumbed to the narrow focus which Annales was originally intended to overcome. The ‘event’ has thankfully not been restored to its former primacy, but limited, short-term surveys of restricted historical problems have become the principal arena for the exercise of Le Goff’s approach. No doubt due to the demands of modern academic life and the somewhat restrictive character of peer review and research evaluation exercises, the longue durée has faded from view, leaving us looking at the end of our historical noses rather than at the great vistas beyond. This eviscerates the Annales project and does scant justice to Le Goff’s conception of the nouvelle histoire. Indeed it has also left history itself poorer. If Le Goff’s death provides an opportunity to reconsider his seminal impact on the study of history, therefore, it is also an occasion for rethinking how we do history in the widest possible sense. There could be no more fitting memorial to his achievement as a scholar than for us to re-embrace not only the innovative interdisciplinarity and evidential broad-mindedness of which he was a master, but also the daring sweep of his works. If his passing is not to mark the twilight of the (history) gods, there is a need for a new French historical revolution.

Alexander Lee is the author of The Ugly Renaissance: Sex, Disease and Excess in an Age of Beauty (Hutchinson).