There’s nothing new about nationalism

As the UK prepares to vote, the Conservatives are attempting to delegitimise a Labour-SNP coalition. 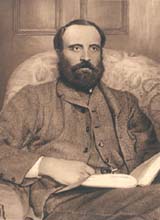 In a recent interview, Prime Minister David Cameron opined that a Labour-SNP coalition 'would be the first time in our history that a group of nationalists from one part of our country would be involved in altering the direction of our country, and I think that is a frightening prospect.' The Prime Minister's attempt at delegitimising his opponents' democratic credentials is undermined by its inaccuracy.

This is by no means the first time that the Conservatives have sought to make political capital from the seeming ignominy of a nationalist party holding the balance of power at Westminster. William Gladstone's apparent volte face in supporting Home Rule for Ireland from 1886 was supposed to have involved surrender to Charles Stewart Parnell's Irish Parliamentary Party (IPP), which, with 86 seats, had the capacity to make or break an administration. Just as Cameron has emphasised that the SNP 'don’t want our country to exist', late-19th century Unionists made much of the Irish leader's aspiration to sever 'the last link' between the two islands. Unionist dominance in this period was due, at least in part, to another alliance – that of the Conservatives and Liberal Unionists – which received plaudits for 'patriotic action in resisting the Gladstone-Parnellite confederation to overturn the Act of Union'.

Labour party leader Ed Miliband has stressed that he is 'working hard for a majority' and repeatedly denied plans for a deal with the SNP. Ahead of the November 1885 general election, Gladstone had refused to publicly countenance, and even ridiculed, the Tories' suggestion that he might attempt to govern with 'a minority dependent on the Irish vote for converting it into a majority’. He was instead bullish that the Liberal party should be returned 'in a majority such that it may deal independently with the Irish or any other question.' These words would, inevitably, come back to haunt him. Months later, upon 'finding the votes of Nationalists were necessary to place him in office', Gladstone stood accused of conducting an 'ignoble' and 'unnatural' alliance with 'the leaders of a disloyal faction'. Gladstone, as his opponents were fond of reminding him, had condemned Home Rulers as 'marching through rapine to the dismemberment of the empire'. Miliband has pointed out the 'fundamental differences' between himself and SNP leader Nicola Sturgeon and emphasised the fact that they disagree 'about breaking up the country.'

Yet it is not without irony that, 130 years ago, it was the Conservatives who were originally charged with having profited from an illicit compact with the nationalists. The IPP helped keep Lord Salisbury's minority Conservative administration in power from June 1885 and the government not only let the coercive Crimes Act expire but introduced an Irish land purchase bill within weeks of taking office. Parnell even urged Irish electors in Britain to vote Tory at the November election. Toward the end of polling, when it was still unclear who would form the next government, the Liberal ex-Chancellor William Harcourt counselled that 'the Tories should stew in their Parnellite juice … until they stunk in the nostrils of the country'. He taunted that a Salisbury government 'would have to consult Mr. Parnell upon every question of administration at home and abroad … and do his bidding’. Naturally, Harcourt, together with Gladstone, was later reproached for 'great political immorality' in 'springing' a Home Rule scheme which embodied principles the country had been led to believe were 'entirely opposed to Liberal views'.

Gladstone's 1886 Home Rule bill shattered the Liberals. It is notable that in 1906, the year of the great Liberal landslide, the party was committed merely to the 'step-by-step' introduction of (a deliberately vague) Irish self-government. Critically, the Irish question would again come to dominate Westminster politics from 1910, when not one but two hung Parliaments established the Irish as kingmakers. The closest elections for a generation, the Liberals emerged with majorities of just two and one seats in January and December, respectively. Within a year and a half, the Liberals had introduced a new Home Rule bill and the Liberal Unionists had been formally subsumed within the Conservative party.

This week, the seventh Marquess of Salisbury intervened, lamenting that 'the Unionist parties confine themselves to trying to make our flesh creep at the prospect of a rampant SNP out-Parnelling Parnell at Westminster’. This pithy turn of phrase aside, there has been curious little mention of the parallels between the IPP and the SNP; one cannot help surmise that Cameron's allusions to 'history' would pack a greater punch if they invoked some actual history. Salisbury's recommendation for a redrawing of our constitutional arrangements amounts, according to Tom Holland, to a call for 'progressive heptarchism'.  It therefore seems appropriate to conclude with the following supposition, offered by a Conservative candidate in 1886: 'Repeal the Union? They might as well revive the Heptarchy.' 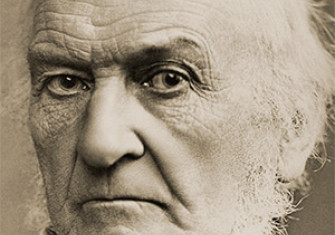 Scotland's Referendum: Home Rule All Round? 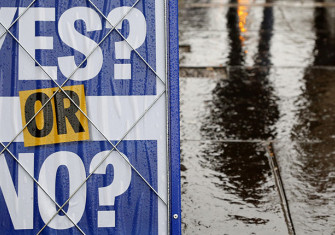 The United Kingdom: Four nations or one?