Scotland's Referendum: Home Rule All Round?

Before discussing the possibility of Home Rule, Britain needs to get its 'House' in order, argues Naomi Lloyd-Jones. 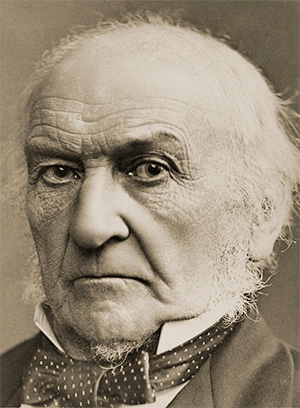 As an historian, you can sometimes feel that history is repeating itself without it being aware of it. Watching politicians and commentators anatomise the impact of Scotland's referendum, I was struck by the realisation that we are (seemingly unknowingly) grappling with issues that were discussed long before the phrase 'West Lothian Question' was coined.

In 1886, Prime Minister William Gladstone proposed the restoration of an Irish parliament, separate from but subordinate to Westminster. His actions unleashed a debate far more acrimonious than the one we have just experienced, with one of the main bones of contention being the right of Irish MPs to sit and vote in the House of Commons. Gladstonian Home Rule came to define a political generation; will Cameron's devolution do the same?

The term 'Home Rule' has re-entered mainstream political discourse in recent weeks, as shorthand for the allocation of greater powers to Holyrood. In a previous incarnation, it was associated overwhelmingly with Irish self-government. Gladstone's original scheme envisaged a Dublin legislature with control over supposedly definable 'Irish' affairs. To opponents, his decision to end Irish representation at Westminster was proof of his desire to sever the Union. When in 1893, he introduced a second Home Rule Bill, he retained 80 Irish MPs, to vote on 'imperial' issues. This time, English Unionists claimed that Gladstone gifted the Irish the opportunity to interfere in 'British', 'English' and 'Scottish' business, but prevented similar involvement in the Irish parliament. Interestingly, Wales rarely figured in this line up. Scottish nationalists were conflicted; they resented the prospect of an Irish 'finger in the Scottish pie' but feared that Scottish votes would be swamped by the English if the Irish left.

Many in the Scottish Home Rule Association (SHRA), formed in 1886, saw so-called 'Home Rule All Round' as 'logically and practically the only solution'. The Association called for the creation legislatures to deal with 'the domestic affairs of the four divisions of the United Kingdom.' Those who sought a closer relationship with the self-governing colonies advocated the retention of Westminster as a superstructure, a truly 'Imperial Parliament' where the empire could be represented. A 'United States of Greater Britain' would be the result. Welsh nationalism was directed mostly toward the recognition and redress of recognisably 'Welsh' issues, such as church disestablishment. Although members of the governing Liberal elite and the 'Young Wales' movement met with the SHRA in 1890, the Welsh Liberal party concluded that talk of Welsh Home Rule must not be allowed to prejudice the attainment of an Irish parliament. In turn, Irish Home Rule could not overshadow the disestablishment campaign.

Outside these circles, English devolution of the kind mooted today was emphatically not on the cards. The Conservative party instead saw a county council regime as an appropriate level of self-government. This raises important questions about the driving forces behind devolution. Was (and indeed is) Home Rule the government of a nation by the people of that nation, and local government the government of a locality by the people of that locality? Again, the sticky issue of disentangling the 'affairs' of those still technically represented as one polity at Westminster will rear its head.

My immediate instinct is that we must not rush this process; it must be well-considered, collaborative and transparent. After all, Gladstone devised both a Home Rule bill and accompanying land legislation virtually single handed in a period of just three months. The fact that he failed to 'solve' the Irish question as he so desired has had lasting ramifications. For us to succeed, we need to get our House in order.