Alexander Lee finds a ‘lip-smacking smorgasbord of Tudor delights’ in the work of William Shakespeare. 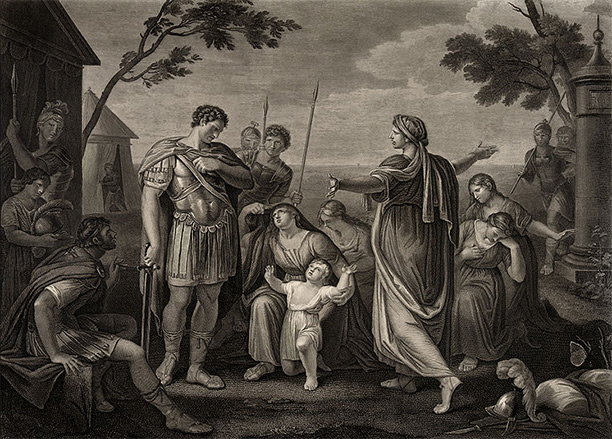 Shakespeare’s plays are full of food. Offering a lip-smacking smorgasbord of Tudor delights, his comedies, tragedies, and histories are packed with references to everything from sugared almonds and “stewed prunes” to “French withered pears” and “stinking mackerel, and it is no surprise that a good number of his characters adore eating. Stuffing his “fat belly” with food, Falstaff rapidly eats Mistress Quickly “out of house and home”, Benedick is said to have an “excellent” stomach” (Much Ado About Nothing), Agamemnon reputedly “loves quails” (Troilus and Cressida), and the country justice, Robert Shallow, thinks nothing of ordering “[s]ome pigeons... a couple of short-legged hens, a joint of mutton, and any pretty little tiny kickshaws” that might be going as a quick snack.

But while heaving tables and bulging bellies abound in most of Shakespeare’s works, the ‘leanness’ of two historical plays from the early seventeenth century seems to present something of an anomaly. Eschewing all reference to good food and fine wine, Coriolanus (c.1605-8) and Pericles, Prince of Tyre (c.1607-8) both revolve around famine and its ill effects. In Pericles, the aristocratic hero is the agent of salvation. Arriving in Tarsuto, Pericles finds its population in the grip of an acute food crisis, and is so moved by their plight that he gives the governor the corn from his ships “to make the needy people bread, | And give them life whom hunger starved half dead."

In Coriolanus, however, aristocrats are the problem, rather than the solution. As a result of grain shortages and high food prices, the people of Rome hover on the brink of starvation, and a savage fury is directed against the patricians who hoard much-needed supplies. Swearing to wreak vengeance on the greedy nobles with pikes “ere we become rakes”, the citizens resolve to assassinate Caius Marius, whose supposed refusal to open the stores has made him “a very dog to the commonalty” and the first target for insurrection.

Why Shakespeare suddenly turned from tales of plenty to stories of woe has proved difficult to answer. For many years, it was thought that Shakespeare’s presentation of famine and its social effects in Pericles and Coriolanus was a subtle, but powerful form of social commentary which captured the mood of the common folk during the socio-economic traumas of the late sixteenth and early seventeenth centuries.

On the face of it, this does not seem to be an altogether unreasonable explanation. A decade before beginning Coriolanus, Shakespeare found himself living in a country on the brink of disaster, and it is easy to see the suffering of and anger of his plays reflected in the grim realities of those dark days. Following a severe outbreak of the plague in 1592-3, a sequence of dreadful harvest failures heralded the arrival of the most severe famine since the Black Death in 1597-8. Those poor folk who were unable to sustain themselves by grinding bark, buds, and chaff into bread succumbed to the 'bloody flux' (bloody dysentery) or simply wasted away. Riots broke out across the country. In Kent and Sussex, “tumult and sedition” was reported, and in Norfolk, violent mobs ran rampage in at least three different areas, targeting always the property of the rich and the affluent.

Even after the dissipation of the famine and the introduction of the first Poor Law (1601), however, memories of the torments of 1597-8 remained to kindle the fires of social unrest, and the Midland Revolt (also known as the Newton Rebellion) of 1607 may have inspired the expressions of class resentment found in Coriolanus. Consuming Northamptonshire, Leicestershire, and Warwickshire, this uprising was not so much an expression of anger at genuine food shortages, as an attack on the threat posed by attempts to enclose areas of common land. Directed exclusively against the gentry (who may have been thought guilty of “making a famine where abundance lies”), the Midland Revolt was really a rebellion against the latent socio-economic causes of food shortages.

But however appealing it may be to connect Coriolanus and Pericles with the events of 1597-8 and 1607, neither the famine nor the revolt offer an altogether convincing explanation of the plays’ peculiarities. Although he could sometimes be daring and provocative, Shakespeare was no social revolutionary, and would perhaps have been wary of lecturing the gentry at a time of uncertainty and instability. To have suggested that wealthy landowners should follow Pericles’ lead, lest they risk the anger levelled against Caius Martius would have been little short of incendiary.

A recent study of Shakespeare’s life outside the theatre has, however, provided another – much more compelling – solution to the problem. Although it has long been known that Shakespeare had become a rich man by the end of the sixteenth century, Jayne Archer and Richard Marggraf Turley have uncovered archival materials which show that the playwright took advantage of famine and unrest to increase his wealth yet further. Having invested the bulk of his fortune in land, Shakespeare not only did his utmost to avoid taxes, but hoarded food in lean times, and sold his produce to the poor at massively over-inflated prices, while running a lucrative sideline in usurious money-lending. Even had he managed to avoid getting caught up in the violence which accompanied the famine of 1597-8, his illegal and exploitative activities would certainly made him one of the prime targets for the Newton Rebels in 1607.

Thanks to this latest discovery, Shakespeare’s superficially puzzling stance in Pericles and Coriolanus suddenly becomes much more comprehensible. Rather than being an objective observer who sympathised with the plight of the starving, downtrodden masses and who channelled their frustrations into his depiction of Tarsuto and Rome, Shakespeare was one of the greedy hoarders against whom the Roman citizens railed, and perhaps feared the anger of the mob he had exploited. This being so, both Pericles and Coriolanus should perhaps be seen less as plays which champion the rights of the poor, but as feeble and belated attempts to atone for his sins. By taking the side of those who opposed hoarding, and by making a virtue of Pericles’ gift of grain, he may have been trying to dispel the ghosts of his rather unseemly past.

Yet this does more than simply clear up a minor academic mystery. It goes to illustrate the extent to which the true import of Shakespeare’s plays only becomes clear when viewed through the lens of his own life as it really was. It is, perhaps, not a point which has been altogether overlooked in the past. Bertrand Russell, for example, once famously observed that if children who had come to associate Shakespeare with “pedantic boredom” as a result of rote learning were to “meet him in the flesh, full of jollity and ale”, they might enjoy his humour more. But what this discovery shows is that this point has not been made of Shakespeare’s nastier side with sufficient force. For it is only by acknowledging the true awfulness of his character – his greed, his criminality, his wanton disregard for the poor and needy – that the darkness and guilt with which Coriolanus and Pericles are imbued can really be appreciated.

Indeed, it is only by doing away with our familiar image of Shakespeare as the perfect poetic genius, removed from the dirty world of ambition and avarice, that we can really see the brilliance and the ugliness of his plays.

Alexander Lee is an Associate Fellow at the University of Warwick. His book, The Ugly Renaissance, will be published by Hutchinson in September. 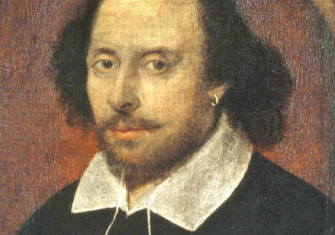 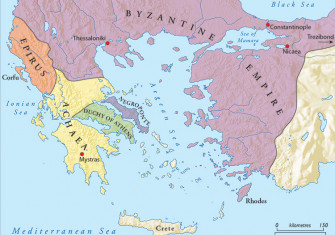