How a government-sponsored network of civilian agents complemented Wellington's own intelligence gathering. There was a saying at the old army staff college in Camberley: amateurs talk of tactics, professionals talk of logistics. Not that it made any difference: ‘proper’ officers continued to talk about tactics, leaving logistics to those in the transport and ordnance corps.

It was not an exclusively British phenomenon. One of Hitler’s field marshals, Albert Kesselring, wrote after the war that instruction at the pre-1914 staff college in Berlin had been inadequate in too many practical fields, such as ‘anything to do with oil which soiled the fingers and hampered the tactician and strategist in the free flight of his ideas’. In his list of neglected subjects he included intelligence. Earlier, reflecting on the wars with revolutionary France, Carl von Clausewitz had also been sceptical: other than broad background intelligence on the country in which the army was to fight, ‘The only situation a commander can know fully is his own: his opponent’s he can only know from unreliable intelligence’, and that more intelligence would make commanders ‘more, not less, uncertain’.

Yet from the time of Joshua’s conquest of Canaan, intelligence, or the lack of it, has usually proved the decisive factor. The Duke of Marlborough, Britain’s greatest general, said it: ‘No war can ever be conducted without good and early intelligence.’ If, therefore, professionals have too often neglected intelligence, is it surprising that it does not always feature strongly in histories of their deeds? The historian, anyway, has a particular problem, for gathering intelligence is a secret, midnight process and for the most part pretty humdrum. Records are few compared with those of the actual fighting and commanders are not always frank in writing of their own intelligence assessments and judgements. Sometimes the source of secret intelligence has had to be protected long after a conflict was over. The best example is ‘Ultra’ – Bletchley Park’s penetration of German signals traffic in the Second World War, which the Germans thought impenetrable because of the sophistication of their ‘Enigma’ encryption machines. In the words of General Eisenhower, Ultra was decisive to Allied victory. All accounts of the Second World War written before the disclosure of Ultra in the 1970s are therefore to some extent incomplete. As Donald Rumsfeld famously put it, there are ‘known unknowns’ and ‘unknown unknowns’ (or, in the latter category at least, known only to a privileged few).

Huw Davies, Senior Lecturer in Defence Studies at King’s College, London, sets out to fill this lacuna as regards the Peninsular War, Napoleon’s conflict with Portugal, Spain and their ally Britain between 1807 and 1814. Hitherto, he argues, historians have concentrated almost exclusively on Wellington’s own intelligence gathering system – his famous ‘exploring officers’, and the ‘guides’, and on individuals such as Colonel George Scovell, the subject of Mark Urban’s engaging book The Man Who Broke Napoleon’s Codes – failing to take proper account of the government sponsored network of civilian agents organised by British diplomats in Lisbon and the provisional Spanish capital, Cadiz.

The two networks provided Wellington with different, but complementary, types of intelligence. The government network produced intelligence on strategic capability, such as French troop strengths in southern France and throughout Spain, and on strategic intentions, whereas the military network garnered tactical intelligence – how many enemy troops were nearby, their condition and purpose, and so on. Wellington’s challenge was the integration of these two types of intelligence to obtain as clear and detailed a picture as possible, so that he could make or adjust his plans. So successful on the whole was he, says Davies, that ‘Clausewitz arrived at his conclusions a little too quickly’.

By 1813, the Anglo-Portuguese army was probably the most efficient that Britain had ever fielded. Wellington said later that he could have taken it anywhere and done anything with it. Davies shows just how much of this was due to the two intelligence networks, especially in the Vitoria campaign, which spelled the end for the French south of the Pyrenees.

Yet the following year, 1814, the army would go the way of practically every British army before or since when peace comes: diversion or disbandment. So in 1815, when Bonaparte escaped from Elba and an ad hoc Anglo-Dutch-Belgic army was assembled in the Low Countries, Wellington found himself with the same intelligence-gathering problems he had encountered in Spain, but without the time to overcome them. When Bonaparte marched across the border on 15 June and Wellington learned of it at the Duchess of Richmond’s ball, his reaction was ‘Napoleon has humbugged me!’ Intelligence, and his own judgement, had let him down. This was the prime reason that Waterloo was ‘a near-run thing’.

After Waterloo the army was further reduced and, with it, active intelligence collection. Davies quotes former GCHQ officer, Michael Herman, author of Intelligence Power in Peace and War (1996): ‘The wars demonstrated the use of intelligence, but did little to institutionalize it.’ It would be another hundred years before the Intelligence Corps was formed – in desperate haste in August 1914, only to be disbanded in 1929, and then re-formed in extremis again in 1940.

The value of this book is in explaining Wellington’s Peninsular campaign in the longer historical context of British intelligence handling, in particular what the later 19th- and early 20th-century rebooting of military intelligence gathering owes to the techniques developed in Spain. It serves not just as history, therefore, but as instruction. The British army would do well to make every officer read this excellent book.

Allan Mallinson is the author of Too Important for the Generals: Losing and Winning the First World War (Transworld, 2016). 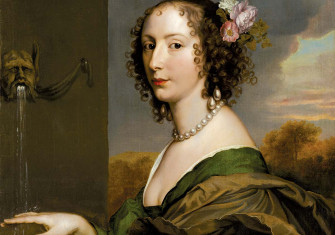 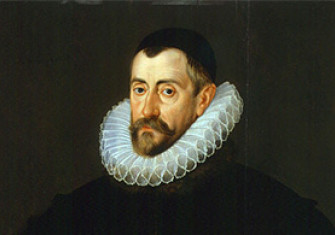