A vivid account of groundbreaking archaeological excavations at a Scottish site of crucial importance to the North Sea world. 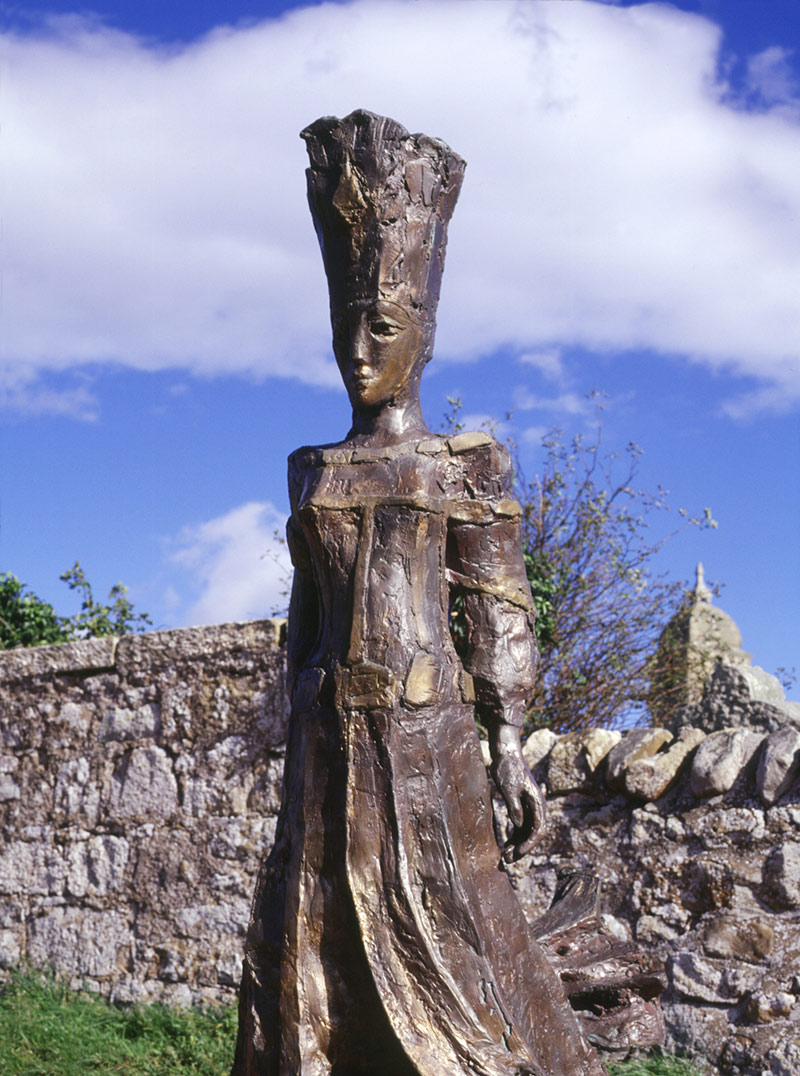 Archaeology can provide new historical narratives for familiar places. The excavations at Portmahomack on Tarbat Ness, beyond the Great Glen on the north-east coast of Scotland, have enriched a story anchored around the 12th-century foundation of St Colman’s. Nearly two decades of excavations, now reported in this elegantly illustrated volume, show that the saint’s legacy is just one episode in an entangled history. The major episodes vividly described here make fascinating reading.

St Colman’s church occupies a ridge overlooking Dornock Firth. Pictish sculpture had been found within a ditched enclosure surrounding the building. The combination of art, fortification and a celebrated church led the excavators to look to the Hebridean monastery of Iona for a parallel.

The first settlement on Tarbat Ness was an early Pictish estate from around AD 550-680, though its buildings eluded the excavators. The excavated footprint comprised long cist (stone coffin) burials, as well as debris showing an emphasis on water management and metalworking. High status finds included flat-headed dress pins, which were common in Anglo-Saxon England. Isotopic analysis reveals ‘a well-travelled bunch: one local, one westerner and one from east Britain’. Founded around the time that St Columba ventured up the Great Glen circa 565, the excavators speculate that these burials were the work of pioneers led or inspired by the celebrated Ionian missionary.

Windblown sand separated the burials from the next episode, a monastery resembling the great houses of the Irish Sea zone, including Iona. A ditched enclosure was excavated, within which were gravelled roads and traces of turf dwellings on stone footings. The heart of this new settlement was devoted to the manufacture of vellum for book production. Close by, glass and precious metals (inferred from clay moulds) were worked, destined for use as reliquaries. The community lived on the cattle slaughtered for the vellum industry, as well as pigs and goats, unlike their continental Benedictine brethren, who shunned meat. Barley was cultivated and wild fruits were collected, too, while surprisingly little seafood was consumed.

A so-called ‘Wodan/Monster’ silver sceat (penny) minted in the Rhine delta during the early eighth century reveals connections reaching to Frisia and southern Scandinavia. The Tarbat monks had a far-flung reach and by these same sea routes came predators in the form of the Vikings.

The monastery was the victim of a fire between about 780 and 810. Vikings who had already pillaged Lindisfarne are assumed to have wrought this calamity. One or two of the community were dispatched with sword blows. Yet shortly afterwards a new ninth-century community reoccupied the ruins. This trading place used the fabric of the old monastery, including its road and buildings. The metalworkers’ house was reconfigured as a barn, alongside which was a kiln for drying grain. The erstwhile vellum manufactory now produced weights and other instruments employed in North Sea trade. ‘Could its occupants have been the same people in new robes, a genus of “adaptable monks” who, like the Vicar of Bray, recognised what was necessary for survival?’ Their ‘order book’ met different demands, using the earlier metalworking moulds as aggregate for a floor and the monastic sculpture to line drains.

This afterlife of the monastery lasted less than a century before the promontory was deserted. Even as far north as Tarbat, North Sea communities were reordered with the appearance of incipient towns and their market ethos.

In the 12th century, a chapel was erected, the monastery now just a 300-year memory. It served a new medieval parish in keeping with the mission of David I and his mother to bring Scotland into the fold of Christianity. In the centuries before the Reformation the monastic fields were once again occupied by metalworkers and farmers and their graves. This was the last chapter of Portmahomack until the excavators arrived, providing a colourful narrative based on plans and debris of industry and diet to transform the little church into a visitor centre and museum, a new monument to the ever-changing ideologies and lifeways of the Tarbat community over 1,500 years.

Now, with these peerless excavations and this new narrative, Tarbat will forever be less a Scottish place and more a part of a North Sea story.

Richard Hodges is President of the American University of Rome.