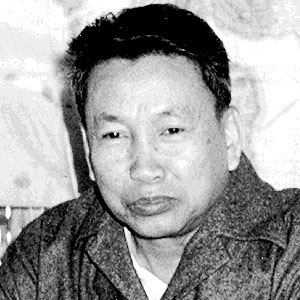 A powerful force of 150,000 Vietnamese troops and 15,000 Cambodian exiles, with tanks and air support, crossed the border into Cambodia on Christmas Day in 1978, swept all opposition aside and took the capital, Phnom Penh, two weeks later. The once thriving city had been almost emptied of its population by the Khmer Rouge regime, which disliked cities and whose leaders now fled, along with most of the senior military officers. There were perhaps 40,000 people in Phnom Penh who had been left to fend for themselves. There were no cars and no traffic and only the buzzing of flies and mosquitoes broke the eerie silence of what has been compared to a movie set without actors. Bits of paper and old money were blowing about in the gutters. The Khmer Rouge had done away with money, which it also disapproved of. There was a repulsive stench from the drains because the city’s water supply was not working.

Hostilities with the Vietnamese had been going on ever since the communist Khmer Rouge had seized control of what they rechristened Democratic Kampuchea in 1975. Under ‘Brother Number One’ – one of history’s most vicious tyrants, the plump, charming, ever-beaming Pol Pot as he called himself – in four years they killed anything up to two million Cambodians or perhaps one in four of the population, who were executed or starved or worked to death to create a new ‘nation of workers and peasants’, closed off against the outside world.

Convinced that the tide of history was with them, the Khmer Rouge was bent on destroying capitalism and modern culture. Educated people were practically wiped out and the few doctors who survived were only allowed to prescribe herbs and roots. Anyone known to speak French was executed and so was anyone who wore spectacles. Thousands of city-dwellers were driven on forced marches out into the countryside to create collective farms. Buddhist temples and Christian churches were destroyed, cars and medical equipment and other products of foreign technology were smashed.

Pol Pot and the other Khmer Rouge leaders believed that once the Vietnamese tried to occupy the rest of the country, they would be an easy target for guerrilla warfare and would soon have to withdraw. ‘Once they are all within our borders,’ Pol Pot said, ‘we will cut them up into little pieces.’ He was wrong. The Vietnamese set up a puppet government in Phnom Penh and their army did not leave Cambodia until 1989. The Khmer Rouge kept up a guerrilla campaign from a base on the Thai border. Pol Pot was eventually deposed by his colleagues in 1997 and held under house arrest until his death the following year. There were suspicions that he had been poisoned.