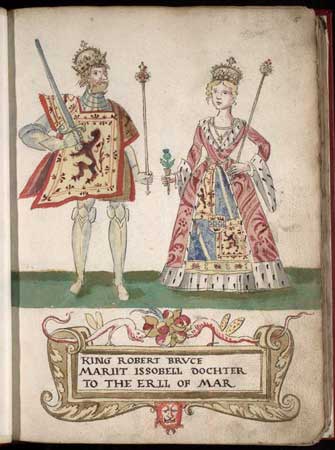 William Wallace and Robert the Bruce were the architects, not of Scotland, but of Scottish nationalism. Scotland grew, as it seems, out of a Pictish confederacy into a Celtic kingdom that retreated from the north and advanced against the south. The Celtic kingdom was presently stiffened by English refugees from the Norman Conquest, and drilled in religious discipline by Malcolm Canmore’s queen, a resolute and pious Englishwoman. Under their son David it became a Norman-Celtic feudal power that, despite the usual accidents of history, was able to consolidate its strength, without the interruption of gross calamity, for a century and a half. During the dishevelled reigns of John and Henry III in England, Scotland enjoyed an almost miraculous peace, and became relatively prosperous.