The romantic ‘braveheart’ image of Scotland’s past lives on. But, as Christopher A. Whatley shows, a more nuanced ‘portrait of the nation’ is emerging, one that explores the political and religious complexities of Jacobitism and its enduring myth-making power.

This is part two of a four-part series about Britain's history. See also: Cymru am byth? 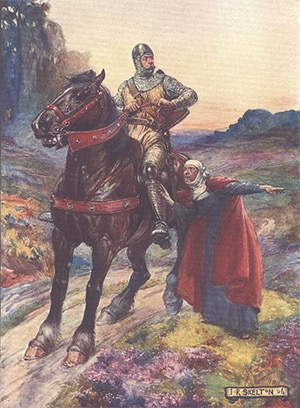 Visitors to Scotland’s National Gallery in Edinburgh in 2011 will have witnessed an exhibition entitled Portrait of the Nation. The nation is Scotland. As a national self-portrait the exhibition was remarkable. Charles Edward Stuart (‘Bonnie Prince Charlie’) and his family and supporters – the Jacobites – were prominent among the pictures on display. Yet the last of the male Stuart monarchs, James II, lost his throne in 1688. When Queen Anne died in 1713 she was succeeded by George, Elector of Hanover, who became George I. Thus commenced the Hanoverian dynasty in Britain. Attempts were made to restore the Stuarts, most notably the risings of 1715 and 1745. But they failed.

For a long time – dating back to Bonnie Prince Charlie’s brief sojourn in Scotland during the ’45 – Jacobitism was portrayed as a romantic quest. Jacobite songs, investigated in a path-breaking book by William Donaldson (The Jacobite Song: Politics, Myth and National Identity, Mercat Press, 1988) were especially popular. Generally wistful in tone, many were penned long after the event, as for example Lady Nairne’s well-known ‘Charlie is my darling’ and ‘Will ye no come back again’. Sentiment grew with the demise of militant Jacobitism in the 1750s, a process hastened by the government’s internal war of repression in the Highlands. Tartan and the kilt, once feared to the extent they were outlawed, were by the end of the Napoleonic Wars in 1815 the dress of heroes: the loyal, brave, Highland regiments.

Over the past 30 years, however, historians have uncovered a harder, ideological edge to Jacobitism. Most Jacobites were irrevocably committed to the idea of indefeasible hereditary right on the part of monarchs. The Episcopalian faith, to which most adhered, embodied just this notion.

Both Daniel Szechi (1715: The Great Jacobite Rebellion, Yale University Press, 2006) and Murray Pittock (ed.) (The Myth of the Jacobite Clans: the Jacobite Army in 1945, Edinburgh University Press, 2009) have established that there was a high level of support in Lowland Scotland for the Jacobite rebellions. Jacobitism was not simply a Highland phenomenon. Evident, too, is how astutely, in 1708, 1715-16 and 1745-46, the Jacobites played the ‘Scottish’ or anti-Union card, hoping by this means to garner adherents to their cause by exploiting Scottish discontent with the 1707 union of the parliaments.

Indeed Pittock has argued that alongside romanticised Jacobitism in the 19th century there emerged a radical nationalist Jacobitism, which he calls ‘a political ideology and a messianic myth of enduring force’ (The Invention of Scotland: Stuart Myths and National Identity,1638 to the Present, Routledge, 1991). This, with its commitment to Scottish statehood and associations with attributes such as struggle (against England), loyalty and Highland patriotism, has had a powerful and clearly identifiable impact on contemporary Scottish culture and politics. Reinforcement was provided in Mel Gibson’s portrayal of William Wallace as a freedom fighter against the aggression of England’s 13th-century Edward I in the 1995 film Braveheart (Lin Anderson, Braveheart: from Hollywood to Holyrood, Luath Press, 2005).

Being neglected, however, are Scotland’s historical roots in the Protestant Reformation – and more specifically Presbyterianism, a ‘democratic’ form of church government in which the voice of the laity predominated. In this it differed from Episcopalian ‘prelacy’, or government by bishops, which was anathema to most Presbyterians. Allied to this was a belief, expounded by John Knox, as well as the Scottish cleric George Buchanan, in the right of the people to challenge the rule of monarchs who abused their power. That ‘Subjects were not made for Princes but Princes for Subjects’ was a point made from Presbyterian pulpits by preachers in their efforts to galvanise their parishioners against the Jacobites in the ’45.

Supporters of the Hanoverians were often called Whigs. The term derives from the Covenanters, a popular movement of men and women who, in a covenant with God, sought in the 1630s and 1640s to establish Presbyterianism throughout the British Isles. After the Restoration of Charles II in 1660 they became bitter enemies of the state. They refused to go along with Charles’ restoration of Episcopalianism. For so doing thousands of them suffered during the 1660s, 1670s and 1680s. They lost estates, livelihoods and their freedom and, in many cases, their lives. Hundreds were forced to live overseas in exile, mainly in the more liberal Netherlands.

Whigs in Scotland have been portrayed by historians (and were at the time by their Jacobite enemies) as grim and fanatical. Allegedly they were driven in politics by personal and familial ambition and financial greed. In this respect they have been unfavourably contrasted with the committed, principled, nationalist-leaning Jacobites. Recent historians of Jacobitism have recognised that this caricature will no longer suffice, urging that the nature of anti-Jacobitism – its ideology and the extent of its support – be properly investigated (Paul Monod, Murray Pittock and Daniel Szechi, Loyalty and Identity: Jacobites at Home and Abroad, Palgrave Macmillan, 2010).

That Scotland’s Whig politicians were much more than careerist opportunists is to be seen in Allan MacInnes’ recently-published study of Archibald Campbell, Marquess of Argyll (c.1607-61). MacInnes shows that Argyll, executed under Charles II, was a man of deep conviction, a Covenanter ‘steeped in the virtuous Scottish tradition of a godly commonwealth resisting ungodly monarchy’, whether at home or abroad (The British Confederate, John Donald, 2011).

Values of the kind represented by Argyll and the oppressive policies of the Restoration state combined to cause Scotland’s Whigs to plot the downfall of James II and to back William of Orange and the ‘Glorious’ Revolution of 1688-89. Many of the same men or their successors strove to secure the gains of the Revolution by forging the parliamentary union in 1707. They took up arms to join the Hanoverian volunteers who fought the Jacobites on the battlefields of Sheriffmuir and Culloden. They formed the human bedrock of the constitution of modern Britain. Indeed such was the strength of Scottish attachment to the United Kingdom until the rise of the Scottish National Party in the 1970s that the term ‘banal unionism’ has been coined to describe the nature of Scottish support for the union state (Colin Kidd, Union and Unionisms: Political Thought in Scotland, 1500-2000, Cambridge University Press, 2008).

Happily, the portrayal of the Scottish nation now on display in the refurbished Scottish National Portrait Gallery is more balanced. Greater prominence has been given to Scotland’s Presbyterian, Whig inheritance. This is as it should be. A more accurate visual representation of Scotland in the 18th and 19th centuries is one that pays less heed to the Jacobites, who spent most of their lives outside Scotland or dreaming about what might have been, and contains more images of people who really did make the nation.