The quiet German town that formed the backdrop for the first German Romantic movement.

A quiet university town in the middle of Germany, Jena was, as Andrea Wulf writes, ‘so small that it took less than ten minutes to cross’. How could such a place form the backdrop for the invention of the individual? Magnificent Rebels brings this little town in Saxe-Weimar to life through the perspectives of thinkers and writers who took up residence there between 1794 and 1806. It was in Jena, in lecture halls, in private parlours, on long walks and in letters written and read by candlelight, that the concept of Romanticism took shape.

Wulf’s new book is a group biography of the key thinkers and writers of the first German Romantic movement (what Germanists call the ‘Jenaer Romantik’ and Wulf calls the ‘Jena Set’). Drawn from meticulously detailed research in diaries, correspondence and literary works, Wulf weaves the stories of these individuals together, showing (sometimes exactly – there are maps) where their paths crossed and how these individuals rubbed off on each other.

At the centre of the circle is Caroline Schlegel. She hosted the meetings of the Jena Set, which included among others her husband August Wilhelm and his brother Friedrich Wilhelm, as well as Ludwig and Amalie Tieck, the poet Novalis and the philosophers Johann Gottlieb Fichte and Friedrich Wilhelm Joseph von Schelling. Their conversations fused poetry, philosophy and the arts together and gave birth to a new way of seeing the world: one seen through the subjective ‘I’, yet rooted in a collective spirit. There was even a new word for their communal way of thinking: ‘symphilosophising’. The group’s unconventional ways of living and writing, open love affairs and bold feuds with other literary figures made them notorious throughout Germany. Yet their works still shape the way we see the world and our place within it.

Magnificent Rebels is an engaging introduction to the historical background, philosophical novelties and dramatis personae of the early Romantic movement, yet it also offers something new to those more familiar with it. By giving proper attention to often overlooked women like Caroline Schlegel and Dorothea Veit, Wulf’s study provides a more detailed picture of the group’s working lives. In particular, Wulf highlights Schlegel’s crucial role in the group’s literary production. With her husband, she not only co-created the German translations of Shakespeare’s plays (which remain the definitive German versions) but also took on the role of editor for the journal Athenaeum which featured some of the foundational texts of Romanticism.

Arguably, it is Caroline Schlegel and Dorothea Veit who most deserve the title of ‘rebels’ given in the book’s title. These women risked a lot more than their husbands in their defiance of social conventions, especially where marriage was concerned. As Wulf writes, ‘Philosophers like Fichte and Schelling may have been writing about a powerful self … but Dorothea was experiencing it at the very core of her being’.

Yet the real protagonist of the book is Jena. Wulf’s story ends with the town’s conquest by French Revolutionary forces in 1808, after a battle that would fill Jena with dead and dying soldiers for months. The night after the battle Napoleon slept in the rooms of Jena’s Old Castle, in what had previously been Goethe’s bed. It is details such as this that bring Wulf’s story of the ‘Jena Set’ – their lives and legacy – so vividly to life.

Magnificent Rebels: The First Romantics and the Invention of the Self
Andrea Wulf
John Murray 512pp £16.99
Buy from bookshop.org (affiliate link)

Ellen Pilsworth is Lecturer in German at the University of Reading. 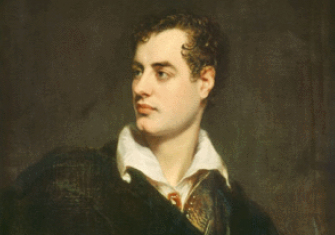