Travelling into the past of London’s great train stations. 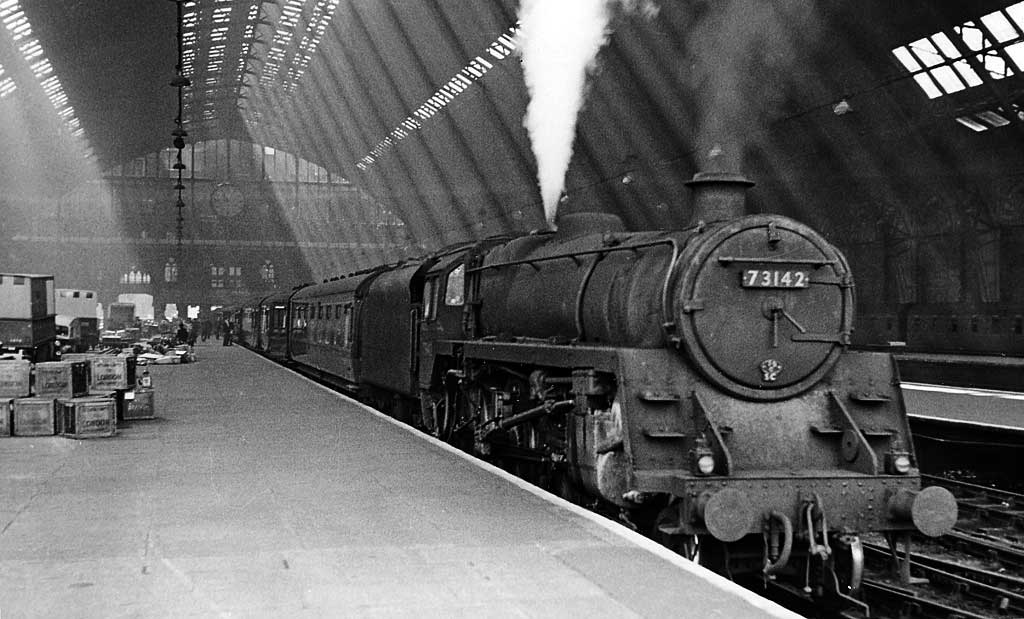 London’s terminus stations were to be the final, crowning, pieces in the capital’s railway system. But they took their time to arrive. In 1836, passengers coming into Spa Road from Deptford on the London and Greenwich line, clambered down a rickety stair off the viaduct, while those going out bought their tickets in a little wooden hut and headed up to where no more than six people could wait, teetering on a narrow strip between the two lines.

Christian Wolmar is at his liveliest when drawing on his prodigious knowledge of the connective tissue of the railways, spiders’ webs spun by innumerable railway companies over interminable viaducts or hacked through buildings (largely poor-quality housing) on the ground. The winning dash was into the heart of the capital where, eventually, the major companies would present themselves on a proper stage, the terminus a kind of proscenium arch for their performance.

There are currently 14 London termini. Many more have withered on the branch. By definition, as Wolmar says, termini are ‘essentially railway dead ends’ and so depend on profitable ancillary functions. In the 19th century, hotels; in the 21st, shopping, eating and drinking. Some of these bricks and mortar ghosts are surprisingly recent. Moorgate survived until 2009. Even rudimentary Spa Road endured until 1915 and by the time it ceded to London Bridge (in 1901) stood amid no less than 11 tracks. Hidden Fenchurch Street with its gracious fan-shaped frontage, my personal favourite, does not seem to have the necessary staying power to survive hard times, its dingy interiors reminiscent of the bad old days of Liverpool Street, now so resplendent.

The magnificent recent renovations of Kings Cross, St Pancras and Paddington are built on and around heroic structures. Another trio are Wolmar’s ‘three sisters’, that is Victoria, Charing Cross and Cannon Street, serving routes that brought the professional classes into the city from over the river. Slowest to start, at least as a terminus building, was Waterloo, slumped behind its overblown Victory Arch. Thirty years in building, it struggled to overcome the limits of an awkward site. Long before, a Waterloo to Whitehall railway had been floated, only for it to sink. Finally, Queen Mary (her husband being unwell) opened Waterloo in 1922. Nearby, in a welcome shift towards meeting their civic and social responsibilities, the railway company gave the citizens of Lambeth a new public library in compensation for their housing losses.

The one station that Wolmar cannot abide is Euston, although, he writes archly, ‘you may be rather shocked to know that the present station does have its defenders’. The loss of the Euston Arch, standing well off the site of the station, in the early 1960s was a sad moment. Yet, if anything, the demolition of the Great Hall and upstairs boardroom was a greater loss. Ironically, its other bookend, Hardwick’s Curzon Street in Birmingham, is now centre stage for HS2.

What would Wolmar’s familiar, Sir John Betjeman, have made of that? In his final chapter he takes the old man on an imagined tour around the great stations, as they now are, with London Bridge the most recently transformed. He is happiest showing the bard of Metroland the spruced up Marylebone Station, with its enduring look of ‘a branch library in a Manchester suburb’. Like many of the termini, it defied threats, survived and has prospered. Wolmar’s book is an article of faith for these ‘cathedrals’ in tough times.

Cathedrals of Steam: How London’s Great Stations Were Built – And How They Transformed the City
Christian Wolmar
Atlantic Books 352pp £25

Gillian Darley is the author of Excellent Essex: In Praise of England’s Most Misunderstood County (Old Street, 2019). 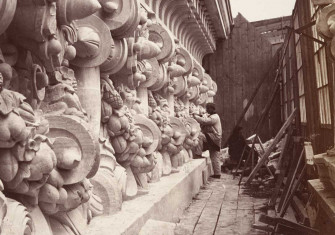 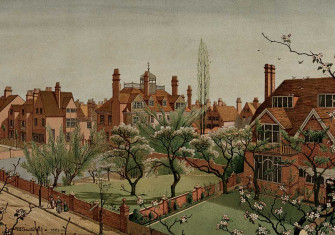