What does a late 19th century fashionable London house name have in common with a medieval open-field system? 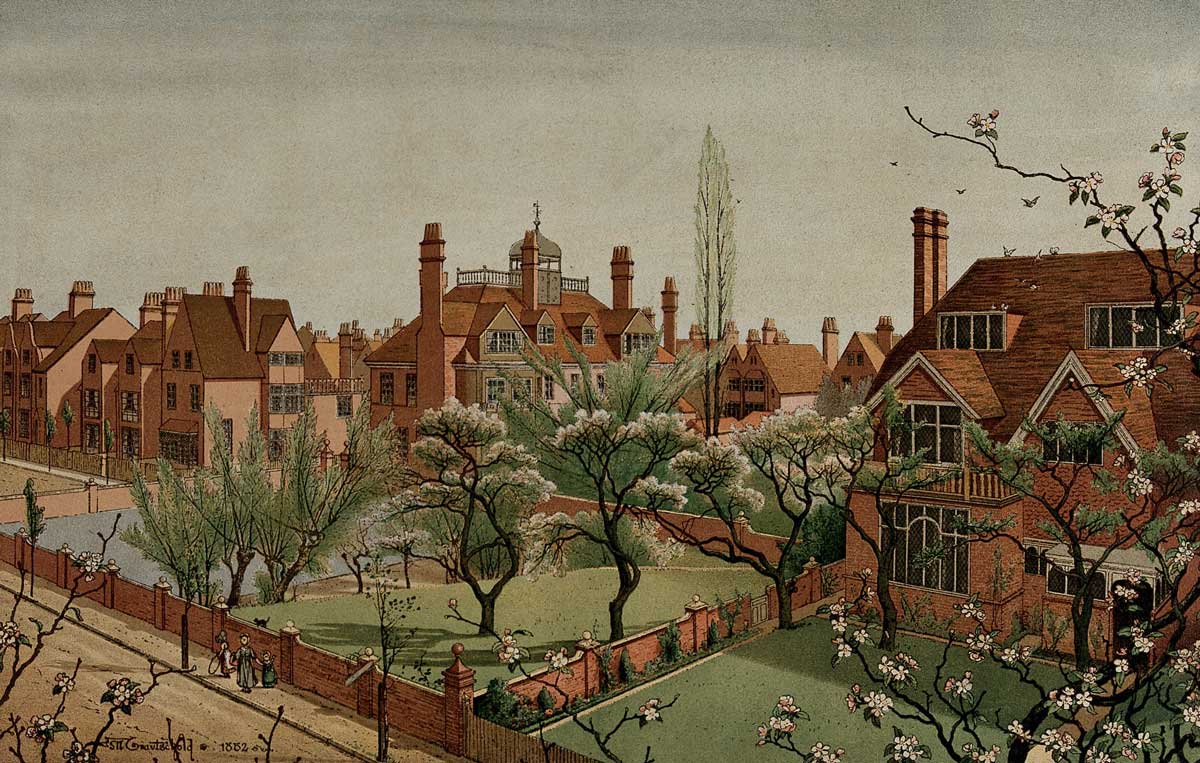 What do house names, Scottish land law, Nonconformism, Washington Irving and upwardly mobile Victorians have in common? ‘Sunnyside’. As Laura Wright demonstrates in this meticulously researched book, the term originated within the medieval open-field system of northern Britain, where strips of agricultural land were allocated by perambulating the township and distinguishing the ‘sun side’ from the side where shadows fell. Like other such terms, it often developed into the name of a farm built on the land.

More complex is the process by which it became fashionable as a London house name in the late 19th century. Through biographies of the owners of the earliest recorded houses so named, Wright builds up a profile of successful businessmen who had links with Scotland, Nonconformist religion and each other. Further detective work reveals Sunnyside as the name of Quaker meeting houses and Methodist chapels in northern England from the early 18th century onwards and of many present-day Nonconformist churches in America, Canada and South Africa.

Another piece of the puzzle is provided by the American novelist Washington Irving, who gave the name Sunnyside to his New York home after visiting Sir Walter Scott in 1816. The fame of his house accounts for the subsequent popularity of its name, but the reason for his choice was unknown. Wright points out that Irving’s rambles with Scott would have taken him past Sunnyside Farm, Melrose, about a mile from Scott’s home, Abbotsford.

Although Sunnyside is the focus of the book, the first two chapters deal with names of early London houses and Victorian villas, with a view to tracing developments through time. The emergence of heraldic names in the 14th century significantly transformed a name stock previously based on ownership, appearance, use and location. The introduction of railways in the 19th century led to a demand for suburban houses named by a new group of wealthy commuters. The names of such houses are categorised as: transferred place-names (Hanover Lodge); nostalgically rural (Orchard House); commemorative (Wycliffe House); association with nobility (Grosvenor House); and the latest fashion or fad (Gothic Villa). These motivations combine to explain the rise of Sunnyside. As a transferred farm name, it was also rural. Following the death of Washington Irving, it became commemorative. The wealthy Quakers who first adopted it were a new elite and it was soon fashionable.

Wright’s stated aim is to ‘make the case that house names are worthy of sociolinguistic study’. While successful, she sometimes overstates the extent to which they have previously been neglected. Her first chapter, for example, includes many inn names, overlapping with Barrie Cox’s English Inn and Tavern Names (1994), but his book is barely acknowledged. Contrary to her claim that Sunnyside has been ‘overlooked by the Scottish Place-Name Society’, three occurrences appear in the first two counties covered by the Survey of Scottish Place-Names, although the explanation ‘hillside exposed to the sun’ will now require revision.

Throughout, lists of names feature prominently, setting out 116 occurrences of Sunnyside in Scotland and northern England. The style is rigorous, but also entertaining. Who would have thought that the Duke of Edinburgh’s birthplace had a name described as ‘naff’ in an Oxford English Dictionary citation? A scholarly book, but a really good read.

Carole Hough is Professor of Onomastics at the University of Glasgow.