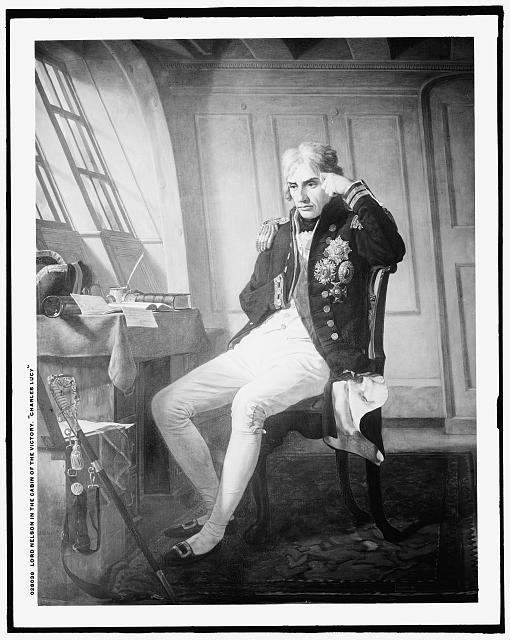 On land Horatio Nelson could seem amiably ineffectual. At sea he was a tiger who loved battles because he was brilliant at winning them. On that day in 1801 Vice-Admiral Nelson led the British van against a Danish fleet (with Norwegian support) anchored in Copenhagen harbour. The Napoleonic Wars were raging and the British sought to force the Danes out of the Armed Neutrality league of Russia, Prussia and the Scandinavian countries, which the British regarded as not neutral at all, but a covert alliance with Napoleon’s France.

The British were under the command of Admiral Sir Hyde Parker, much criticised at the time and since for vacillation and undue caution. The Danish ships and hulks were moored along the shore as a line of floating batteries, reinforced by powerful shore fortresses. Nelson was in HMS Elephant of 74 guns, commanded by Captain Thomas Foley, with 12 ships of the line and all the smaller vessels of the British fleet. At around 10am they attacked from the south as planned, each ship anchoring opposite a Danish vessel, the next sailing on to engage the next enemy and so on. Three of the British battleships ran aground on shoals, which weakened the attack, but the Elephant still flew Nelson’s favourite signal: ‘Engage the enemy more closely.’

The British anchored at close range from each opponent and opened fire; the two opposing lines hurled ferocious broadsides at each other for hours. The Danes fought bravely and kept up a heavy fire which caused severe damage. It was ‘warm work’, Nelson commented, and he called the enemy ‘gallant fellows’. Colonel William Stewart, a Peninsular War veteran who was with Nelson, wrote afterwards: ‘I never passed so interesting a day in my life or one that so much called for my admiration of any officer.’

Admiral Parker’s view from his 98-gun flagship London lying to the north was obscured by clouds of gun smoke, but he could see the distress signals flying from the grounded British vessels and it was clear that the Danes were still unsubdued. At about 1.15pm he flew the signal to discontinue the action. According to Colonel Stewart, Nelson was taken aback. Stewart asked him what the signal meant. ‘Why to leave off action. Leave off action!’, Nelson said angrily and then, with a shrug, ‘Now damn me if I do!’

The more famous story has him saying to his captain: ‘You know, Foley, I have only one eye – and I have the right to be blind sometimes,’ before raising his telescope to his blind eye, pointing it towards the flagship and saying: ‘I really do not see the signal.’ Recent writers tend to dismiss this justly cherished tale, told in Robert Southey’s life of Nelson (published in 1813), as a legend. Certainly the signal for close action remained at Elephant’s masthead and Nelson’s captains took no notice of Parker’s signal (except for one who could not see Elephant).

More and more of the Danish ships ceased firing because they were so badly damaged and by about 2pm some had signalled their surrender. Nelson sent Captain Sir Frederick Thesiger under a flag of truce with a message to the Danish regent, Crown Prince Frederick, saying that he wished to spare ‘the brave Danes’, but would not be able to do so if their firing continued. Whether this was a humane action or a shrewd stroke as the British ships were now in almost as bad a condition as their opponents has been debated. Perhaps it was a mixture of both. In any case it worked and, after discussions by envoys under more flags of truce, a 24-hour ceasefire was agreed at about 4.30pm.

Nelson went ashore the next day for negotiations with Crown Prince Frederick that resulted in an indefinite armistice. Colonel Stewart, who accompanied Nelson, said that the population of Copenhagen showed him a mixture of ‘admiration, curiosity and displeasure’. After much discussion and a threat by Nelson to bombard Copenhagen itself if necessary an agreement was signed on April 9th and Armed Neutrality was suspended. The news that Tsar Paul had been murdered allayed Danish fears of Russian retribution and so a final peace agreement would eventually be signed in October.

Parker had been recalled to London in April and in May Nelson had been created Viscount Nelson of the Nile. He had only four years left to live before his death at Trafalgar at the age of 47.