Alfred Rosenberg, Joachim von Ribbentrop and others were condemned on 16th October, 1946. 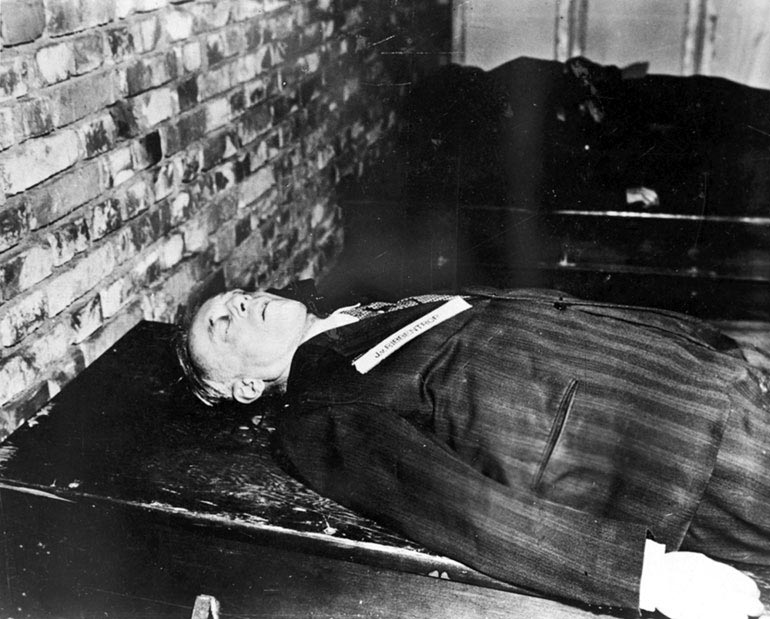 The culmination of the unprecedented War Crimes trials in the German city of Nuremberg, where the Nazis had staged their infamous pre-war rallies. The International Military Tribunal set up by the victorious four Allied powers (France, Britain, the US, the USSR) operated under a series of ground-rules set up the previous August to try leading military and civilian figures from the Third Reich on a series of charges including conspiracy to wage war and crimes against humanity. This ambiguity - were the defendants on trial simply for waging war or for the horrendous brutality and atrocities committed in the context of it (particularly the infamous Final Solution) - was to lead to debate both at the time and subsequently about the validity and conduct of the proceedings.

Despite the complexities of the trial and inevitable differences and tensions between US and Soviet prosecutors, the Nuremberg process resulted in the conviction of twenty of the twenty-three defendants on trial (Martin Borman, Hitler's deputy, was included and condemned in absentia among these though he may by then have been already dead in the ruins of Berlin).

Eleven of the defendants including Hermann Goring, Alfred Rosenberg, Joachim von Ribbentrop and Ernst Kaltenbrunner - were condemned to death and in the early hours of October 16th, all bar Goring were hanged, their bodies laid out in the prison gymnasium for photographs (to prevent any subsequent fabrication) and then cremated at a secret destination.

Goring's body was there too - though he had cheated the hangman by taking a cyanide capsule the previous evening; Himmler and Goebbels, the other key Nazi war criminals, had like Hitler himself, escaped justice by previously committing suicide as well.

For all their imperfections, the Nuremberg Trials established benchmarks for crimes against humanity as well, in the words of Michael Biddiss, as 'publicising the vicious origins, course and consequences of Nazism'. Their success in setting a precedent preventing subsequent war crimes and genocide has been more problematical - and whether the International War Crimes Tribunal now established in the Hague to judge those accused of similar atrocities in the conflict in Bosnia will be able to emulate its outcome remains uncertain.